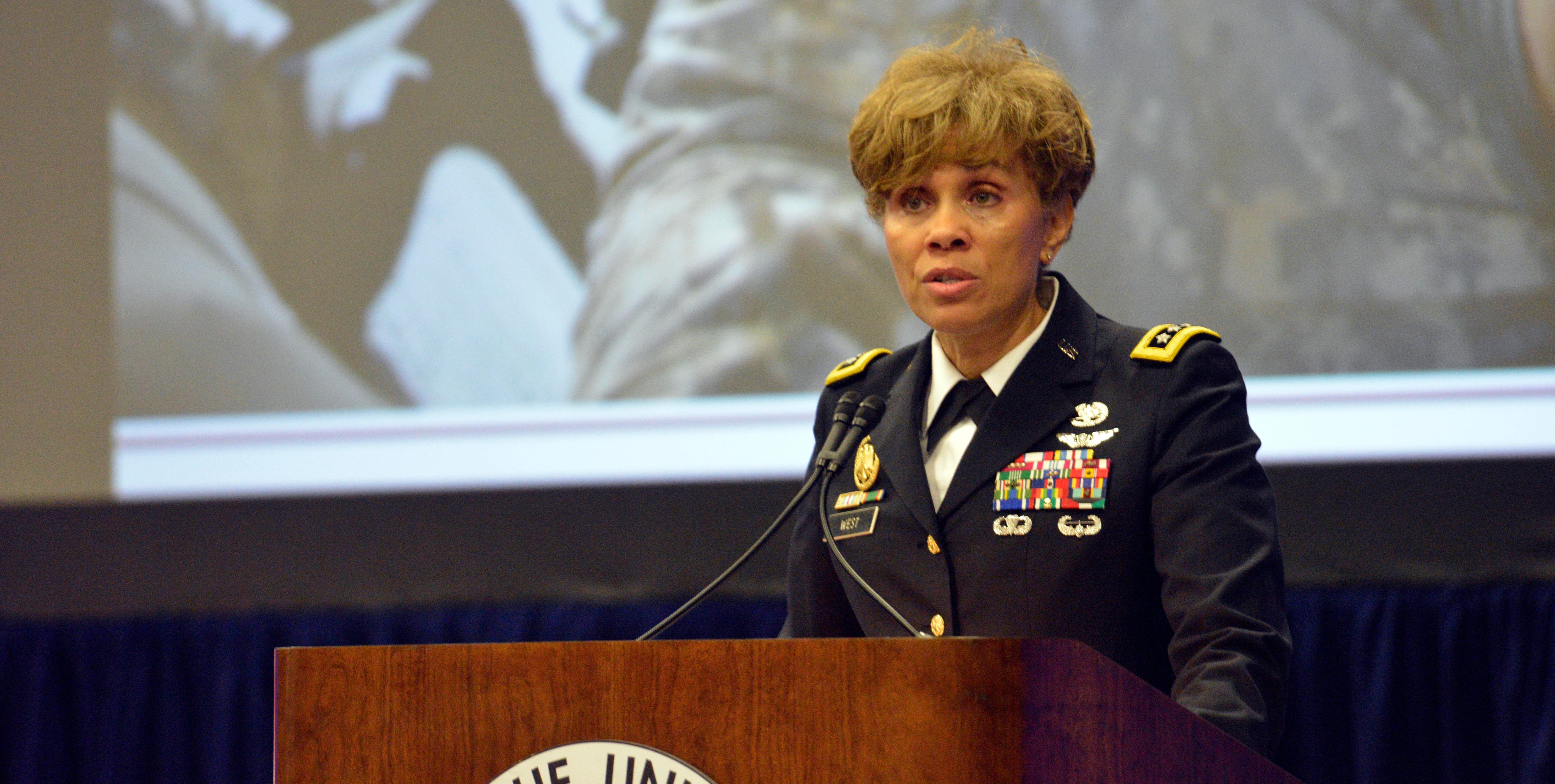 Lt. Gen. Nadja Y. West, Army surgeon general and Army Medical Command commanding general, said her 30 months so far as the Army’s top medical officer have been a time of big changes and more changes are ahead.

“Our future is bright, and we are positioned to become even more brilliant,” West said. “We will challenge and change the status quo.”

Speaking at the Association of the U.S. Army’s Medical Symposium and Exposition in San Antonio, West said, “The world is changing at a pace we have never seen before. … I don’t think there is any comparable change of pace in our history.”

Joint, multidomain and highly irregular combat face the Army in the future. “Where our Army goes, so goes Army medicine,” she said. “We have an absolutely no-fail mission.”

“Our medics will face doing more with less for longer,” West said, describing this as like a situation in a U.S. community where an ambulance can’t respond to an accident for a couple of days. “How absurd is that?”

This requires innovation and being open to new ideas. While partnerships with civilian medical programs are important, the Army needs to expand its search for ideas beyond traditional medicine, West said.

Retired Gen. Carter F. Ham, Association of the U.S. Army president and CEO, said the Army has made big leaps in medical treatment since 9/11, with advancements that “were not even conceivable 10 to 15 years ago.”

More advancements are coming, Ham said. “You better be ready for change because change is coming.”