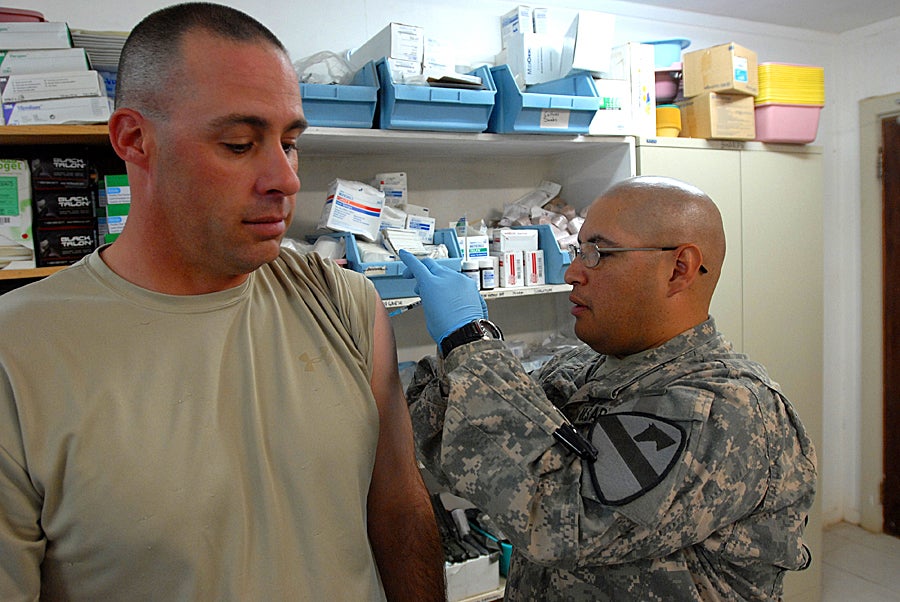 Pursuing health care budget savings by focusing the military medical system only on active-duty members would be a mistake, the Army’s top uniformed medical official said Tuesday.In recent years, some defense budget analysts have suggested completely shifting the military’s non-active-duty patient load to private-sector health care plans. But Lt. Gen. Nadja West, the Army’s surgeon general and commanding general of U.S. Army Medical Command, said the military system needs a broad patient base to maintain the full spectrum of medical readiness.The Army’s matrix of large medical centers and various other types of treatment facilities, from ambulatory clinics to community hospitals, must remain capable of treating “a broad range of patients with a wide variety of illnesses and injuries,” West said in testimony before the Senate Armed Services Committee’s military personnel panel.Of the 1.34 million beneficiaries enrolled in the Army medical system, two-thirds are not on active duty. West said that even at the largest Army installations, the case mix presented solely by a “young, relatively healthy active-duty population would be insufficient to maintain the medical skills of our providers.”Army medical facilities also serve as platforms for graduate medical education programs, which are “vital to our ability to recruit and retain highly skilled medical providers,” she said. “Reducing our beneficiary population to only active-duty will result in an inability” to sustain these programs “due to lack of teaching cases and exposure to the wide breadth of disease within each specialty necessary to support any residency training program,” she said.“The Army recognizes the need to maintain the skills learned over 14 years of war to ensure these capabilities do not atrophy, while also ensuring that we maintain the full scope of medical capabilities needed to be flexible and adaptable to all future globally integrated operations,” West said, adding that defense health care reform efforts should inspire more beneficiaries “to return back to our direct care system and military-run medical facilities.”“I believe the best place for them to receive care is in our military treatment facilities where we understand their needs, can manage and document their care, ensure quality, and ensure their readiness,” she said.Reforms also should incentivize health and healthy lifestyles, West said, calling that “key to long-term cost control.” Since her Dec. 11 swearing-in as the 44th Army surgeon general, West has indicated that one of her top priorities is to ensure the service keeps a strong focus on the Performance Triad of sleep, nutrition and activity as the foundation of a strategy to improve the overall health of the force through fitness and prevention of illness and injury.West is the first African-American to serve as Army surgeon general, and the Army’s first African-American woman to attain three-star rank. She’s also the highest-ranking woman to graduate from the U.S. Military Academy.