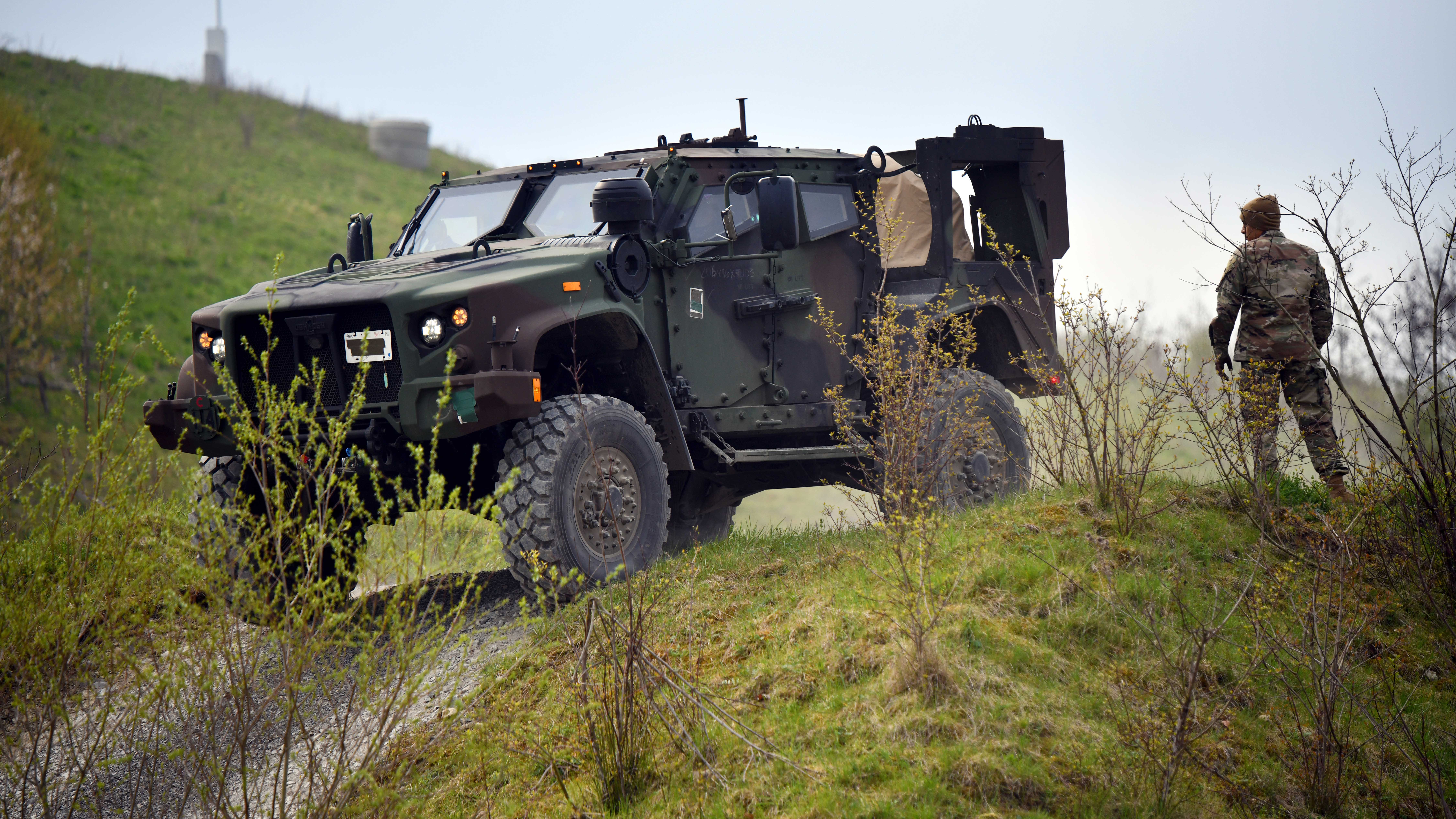 The Army is very interested in fielding electric-powered vehicles but may need to wait on developments in the commercial trucking industry to overcome challenges.

“There are a number of advantages that include fewer moving parts, fuel efficiency, reduced emissions and lower heat signatures,” Goddette said.

There are some significant differences that make electric vehicles more complicated for the military, including better crew protection and the ability to move in severe off-road conditions and operate in extreme heat and cold temperatures.

“An area of particular challenge to fielding a full electric vehicle on the battlefield is the weight of the batteries and the lack of mobile recharging capability,” Goddette said. A hybrid vehicle that has batteries and a combustion engine might be required to meet range and payload needs, he said.

A Joint Light Tactical Vehicle, or JLTV, the Army’s top wheeled vehicle priority, has a range of 350 miles and can carry a 5,000-pound payload. The electric batteries required to travel the same distance would weigh 10,000 pounds, or double the payload, he said.

The Army has been pursuing electric vehicle options for more than 30 years, Cadieux said. “Electrification-related technologies will mature and apply differently across the spectrum of light, medium and heavy tactical wheeled vehicles, as well as the Army's combat vehicle fleet, based on each platform's unique needs and design considerations,” he said.

Cadieux said he sees great potential in being able to operate over longer distances without refueling, plus an electric vehicle would generate less noise, less thermal signature and have the ability to generate and store energy that could be used to feed advanced sensors, integrated tactical networks and other battlefield requirements.

“We certainly see a role, actually across the entire spectrum, for electrification, both in tactical wheeled vehicles as well as combat systems,” Cadieux said.