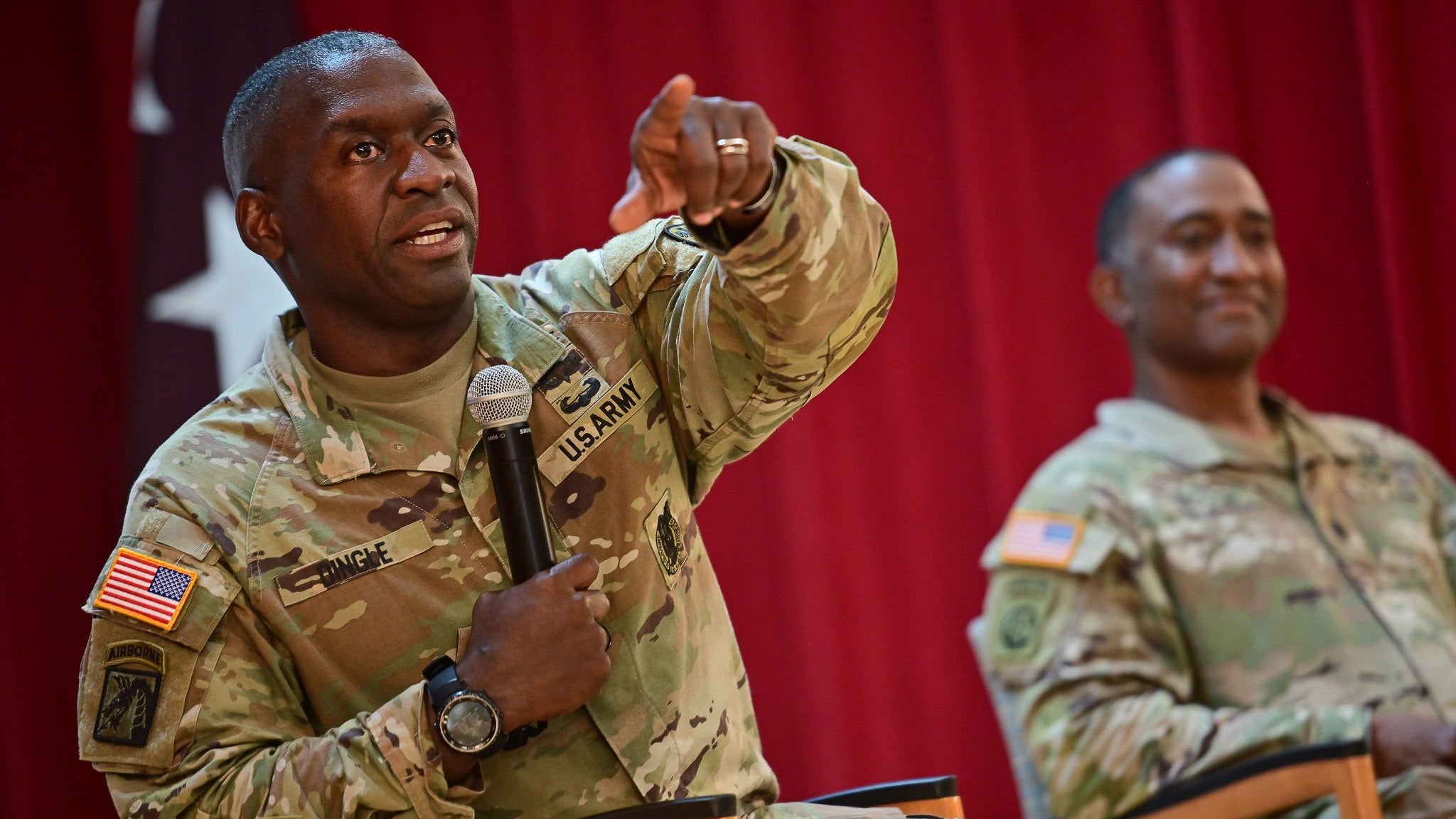 The Army surgeon general and the senior enlisted leader for Army Medical Command will speak at the next Association of the U.S. Army webinar.

The webinar will begin at noon Eastern on Sept. 7. It is free, but registration is required here.

During the event, Dingle and Hough will discuss how Medical Command is reorganizing its Regional Health Commands into Medical Readiness Commands to better support Army Medicine’s transformation for the future.

They also will talk about how Army Medicine will continue to synchronize medical efforts, build readiness and medical reform, support modernization of the medical force and strengthen relationships with allies and partners.

The presentation comes shortly after the Army released its Army Medical Modernization Strategy, which aims to transform and modernize the Army Health System as part of an “integrated, adaptive, responsive and resilient joint medical force through 2035 and beyond,” according to an Army news release.

“Army Medicine remains in sync with the Army vision and strategy. It will not find itself left behind in 2035,” Dingle, who also is the commanding general of Medical Command, said in the news release. “To remain relevant to the Army and the joint force, Army Medicine needs a roadmap to guide, with one voice, a relevant path that enables the Army to fight and win on the future battlefield and, most importantly, save lives.”