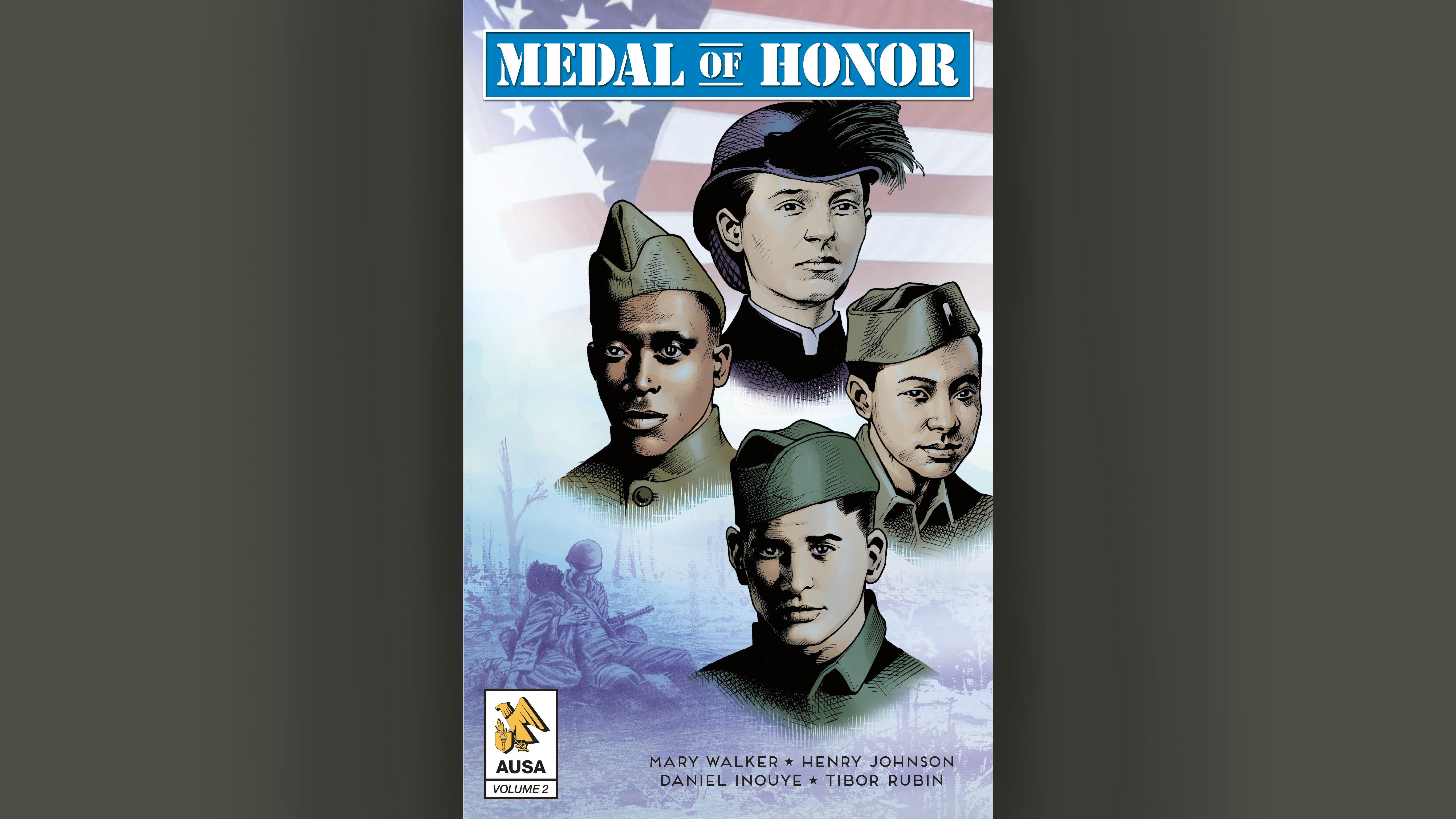 Members of the creative team behind the Association of the U.S. Army’s Medal of Honor graphic novel series will participate in an online discussion Dec. 10.

The event, part of AUSA’s Thought Leaders series, will begin at 10 a.m. Eastern. It is free, but registration is required here.

AUSA launched its Medal of Honor graphic novel series in October 2018, initially producing four issues and a paperback collection. Those graphic novels featured Sgt. Alvin York and his heroic deeds during the Meuse-Argonne Offensive of World War I; Maj. Audie Murphy, the most highly decorated soldier in American history; Green Beret legend and Vietnam War hero Staff Sgt. Roy Benavidez; and Spc. Sal Giunta, who served in Afghanistan and was the first living recipient of the Medal of Honor since Vietnam.

This year, AUSA produced graphic novels on Dr. Mary Walker, a Civil War surgeon and the only woman to receive the Medal of Honor; Sgt. Henry Johnson, a member of the famed “Harlem Hellfighters” from World War I; 2nd Lt. Daniel Inouye, a World War II hero who went on to become a U.S. senator; and Cpl. Tibor Rubin, a Holocaust survivor who fought in Korea.

A paperback collection of this year’s graphic novels is also available. You can request a free copy here.

The Thought Leaders event will feature five members of the creative team behind the graphic novels.

Chuck Dixon, the scriptwriter, has worked for 30 years as a writer for Marvel, DC Comics and other publishers. His past work includes Batman, The Punisher and The ‘Nam, and his graphic novel adaptation of J.R.R. Tolkien’s The Hobbit continues to be an international bestseller translated into 50 languages.

PJ Holden is an artist based in Belfast, Ireland, who is best known for his work on Judge Dredd, World of Tanks and Battlefields.

Karl Moline has been a professional comic book artist for more than 20 years. His previous work includes X-Men, Deadpool and Buffy the Vampire Slayer.

Peter Pantazis is colorist who has worked on projects such as Black Panther, Superman and Wolverine. Most recently, he illustrated a new version of The Legend of Sleepy Hollow.

For more information or to download any of the graphic novels, visit www.ausa.org/moh.