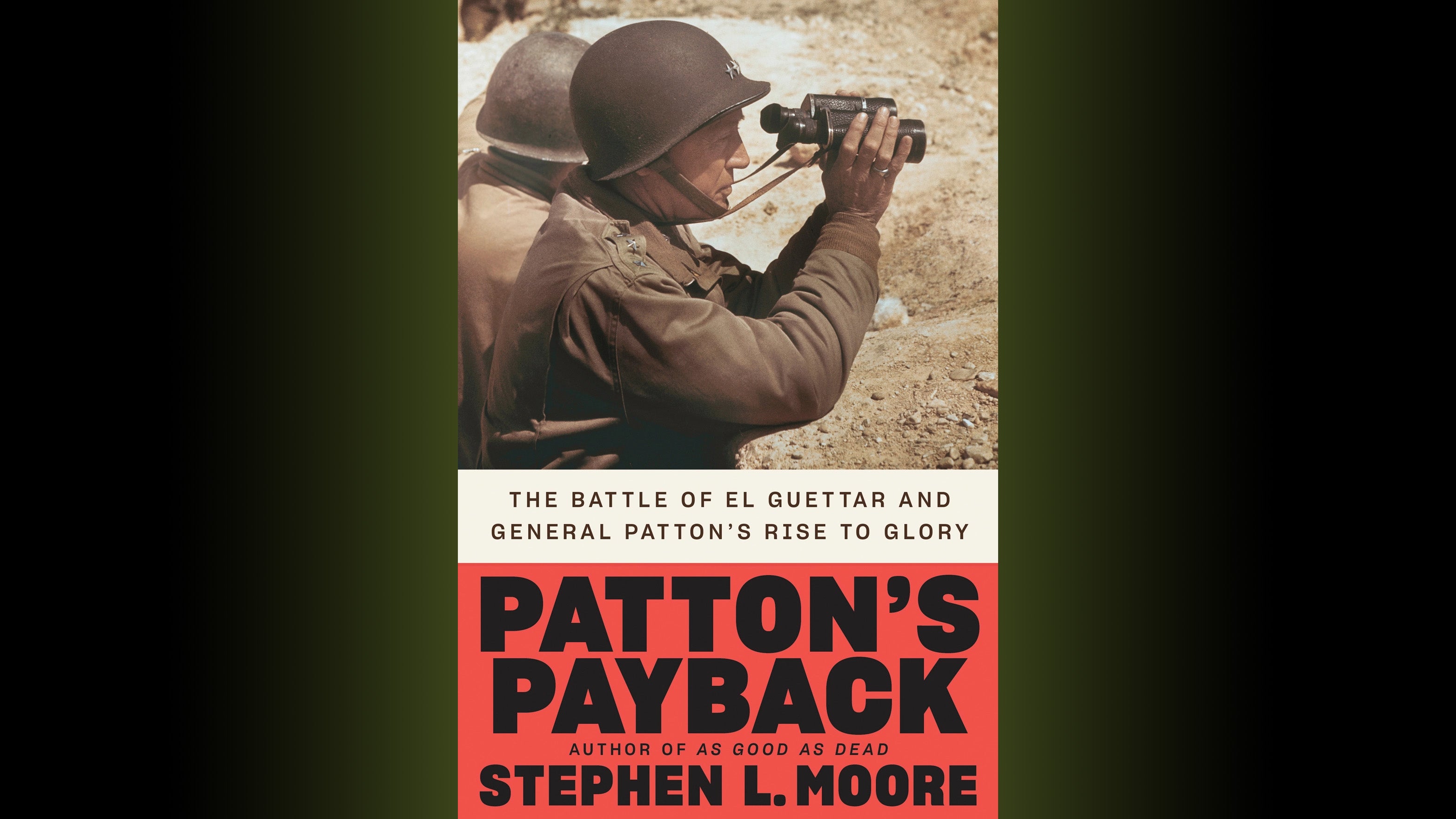 Gen. George Patton’s actions during a pivotal World War II battle against Germany’s most feared general will be the focus of an upcoming webinar hosted by the Association of the U.S. Army.

The online event, part of AUSA’s Noon Report series, is scheduled for noon Eastern June 1. It will feature Stephen Moore, author of Patton’s Payback: The Battle of El Guettar and General Patton’s Rise to Glory.

In March 1943, in their first fight with the Germans, American soldiers in North Africa were pushed back 50 miles by Rommel’s Afrika Korps and were nearly annihilated, according to a description of the book. Then-Lt. Gen. Patton was brought in to rally the troops. “Charismatic, irreverent, impulsive and inspiring, Patton possessed a massive ego and the ambition to match. But he could also motivate men to fight,” according to a description of the book.

He had just 10 days to whip his dispirited troops into shape to face the Wehrmacht’s terrifying Panzers—and Patton relished the challenge to turn the tide of America’s fledgling war against Hitler and the chance to earn a fourth star, according to the description of the book.