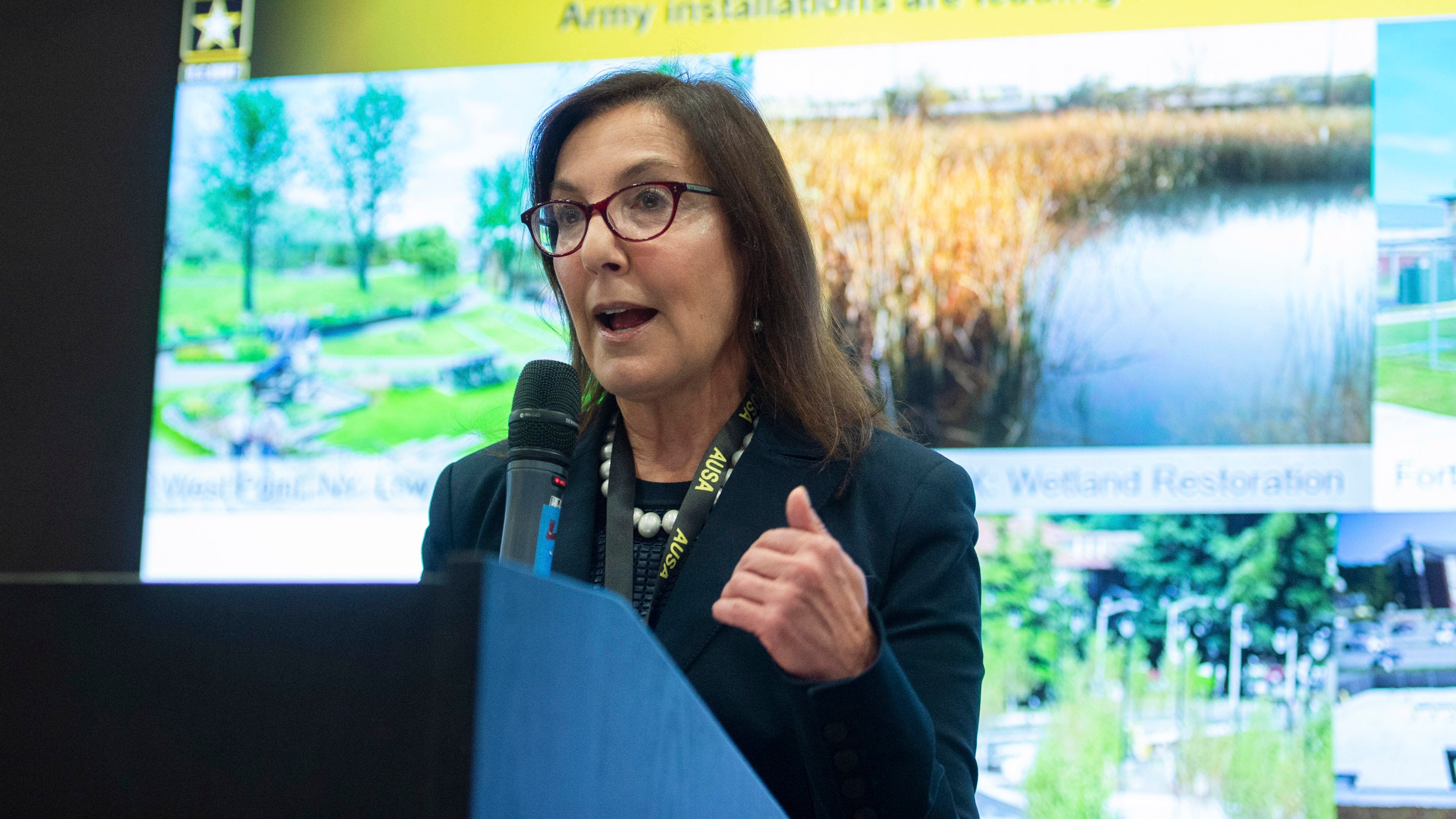 The Army has water on the brain, facing climate-related problems of having too much water in some places and not enough in others.

This mix results in the threat of storm-driven disasters in some areas, while some projections say that half of the world’s population will face severe water shortages by 2030, said Rachel Jacobson, the Army’s assistant secretary for installations, energy and environment.

Speaking Oct. 11 during a Warriors Corner presentation at the Association of the U.S. Army’s Annual Meeting and Exposition, Jacobson said water presents a global crisis, although the exact problem varies by region, seen by there being too little water in Southern California but history-making floods in other areas.

For future battlefields, where soldiers will need water, the Army is looking at what it calls Heat-Driven Atmosphere Water Generation, a way of pulling water from hot air that may not be drinkable but can be used for other needs, said David Pittman, a director for research and development at the Army Corps of Engineers. His is called the “HEAT-DAWG” program.

Action is needed on installations to both reduce potential damage from flooding while also ensuring the supply of water. Lt. Gen. Omar Jones, Army Installation Management Command’s commanding general, said many efforts are underway aimed at resilience, affordability and efficiency. The Army is trying to move water and store water, he said, pointing to Fort Carson, Colorado, and Aberdeen Providing Ground, Maryland. Fort Carson is a good example of efforts to improve water storage, while Aberdeen looks at harvesting rainwater.