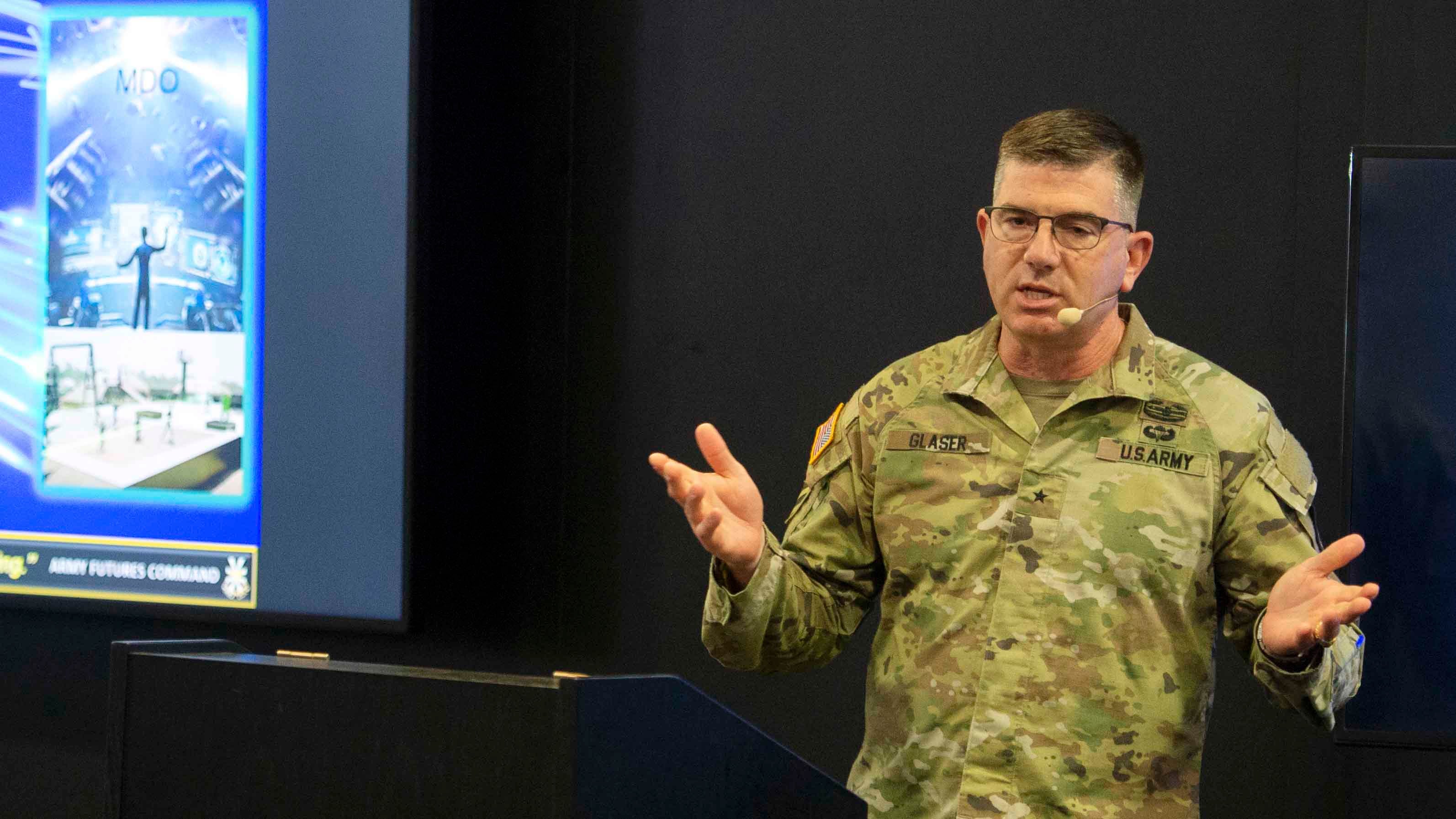 Several of the Army’s cross-functional teams provided updates on their modernization efforts during Warriors Corner presentations at the Association of the U.S. Army’s 2021 Annual Meeting and Exposition.

“In the future, our adversaries are going to put up in front of us integrated air defense systems and integrated fires complexes that we will be required to penetrate, disintegrate and then exploit,” said Maj. Gen. David Francis, commanding general of the Army Aviation Center of Excellence and Fort Rucker, Alabama.

Speaking at a presentation on the modular open systems approach, he added, “We're going to be doing this as part of the joint force [and] combined force. ... In order to do that, we have to have systems that have the speed, range, lethality, survivability and sustainability that are required to operate in this hyperactive environment.”

The modular open systems approach is a strategy designed to create and implement affordable and adaptable technologies through a widely supported systems interface or architecture, according to DoD.

Because of the standardization that comes with the modular open systems approach, it is “absolutely critical,” Francis said. “As opposed to what we've done in the past, our ability to rapidly integrate the latest technology, in terms of aircraft survivability equipment, weapon systems, navigation systems and communication systems, is going to be vital to our ability to operate on this future battlefield.”

A separate Warriors Corner presentation focused on the newly published Army Unified Network Plan. Speakers explained that the plan focuses on being able to integrate and organize across all domains, describing it as a “data-centric document” that will help provide commanders with benefits that include enhanced data reachback capabilities.

They emphasized that the new plan is not a single modernization effort but rather a concept synchronizing multiple efforts.

Speaking at the Warriors Corner, Glaser acknowledged that some parts of industry seem confused about some of the team’s efforts, so he identified ways industry can help support the process going forward.

Highlighting the clear differences in programmatic approach from past vehicle development and acquisition efforts, Coffman concluded, “We believe that we're going to learn a lot of lessons, but this is going to be the basis for all future vehicle requirements and procurement.”