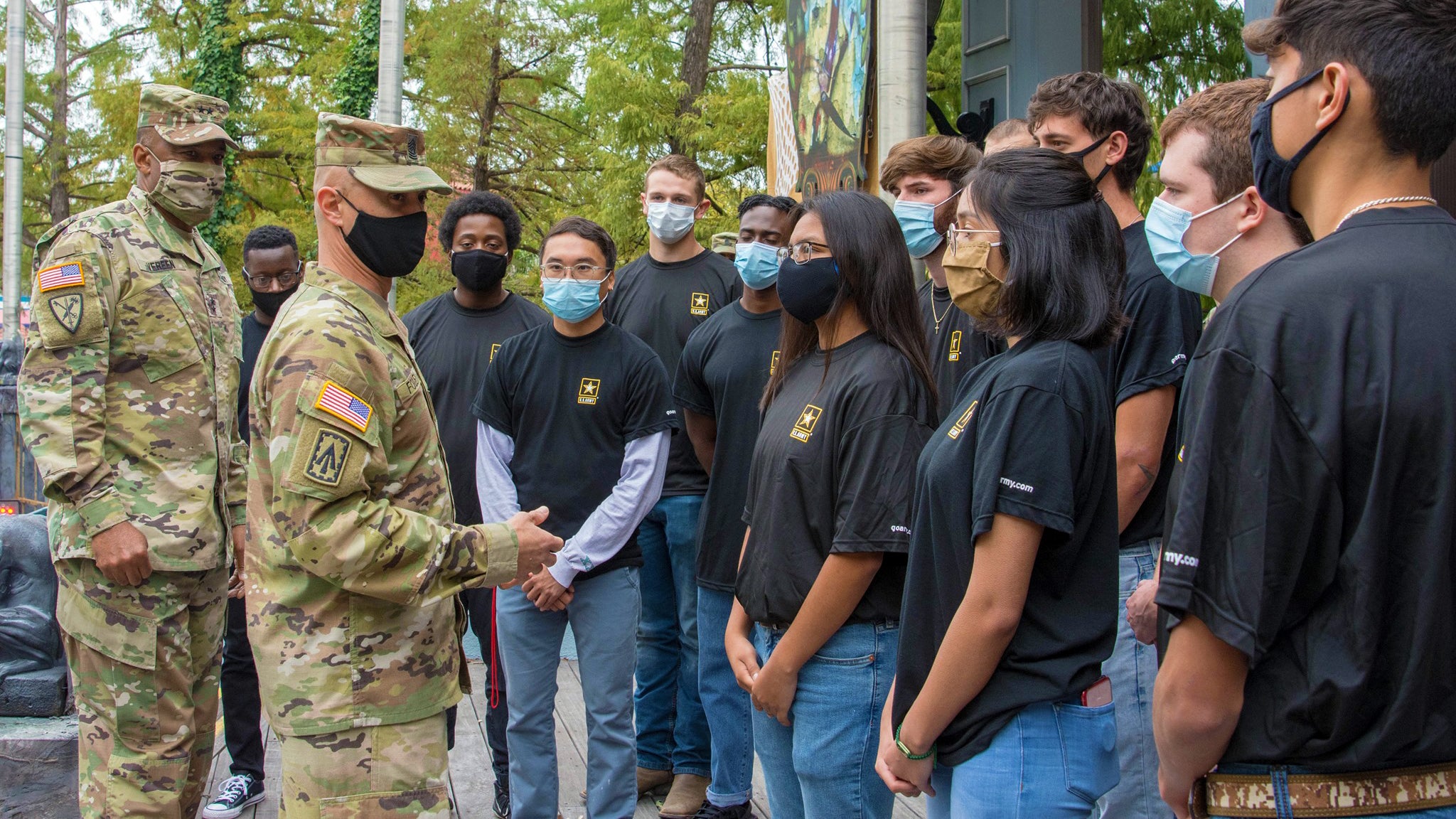 The Army plans to hold a series of virtual recruiting events in the next few months after the success of a nationwide event this summer that generated tens of thousands of leads, a senior recruiting leader said.

Army National Hiring Days, a three-day recruiting event that took place June 30 to July 2 to make up for the dip in recruiting caused by the pandemic, resulted in 30,000 credible leads for Army recruiters and “several hundred contracts” that will go into effect during the fiscal 2021 recruiting year, Vereen said Oct. 28 during The AUSA Noon Report, a webinar series hosted by the Association of the U.S. Army.

The upcoming virtual events will be slightly smaller in scale and aimed at building momentum for another Army National Hiring Days event in June. The career fairs are likely to become the norm as the Army works to reach generations of young people who are comfortable engaging with recruiters online.

While the virtual events have been successful, Vereen noted that there are still challenges in reaching young people because of the different levels of connectivity in different parts of the country. School closures across the U.S. because of the COVID-19 pandemic have also made it challenging to engage with young people on a personal level without the visibility recruiters traditionally have in school hallways.

Vereen praised the Army’s senior leaders for their support and recruiters for their efforts and hard work. He added that the mission of recruiting soldiers would not be possible without the involvement of retirees, veterans and communities across the country, including AUSA’s 122 chapters.

“I can’t say enough about the members of AUSA, our veterans, our community partners that are in our towns and cities,” he said.

He called on members of this Army community to continue telling the Army story. “I would ask the same continued effort from our AUSA leadership and our members and our retirees to help us because, again, it goes back to what I always say, it takes a community to recruit for the United States Army, and I truly believe that,” he said.