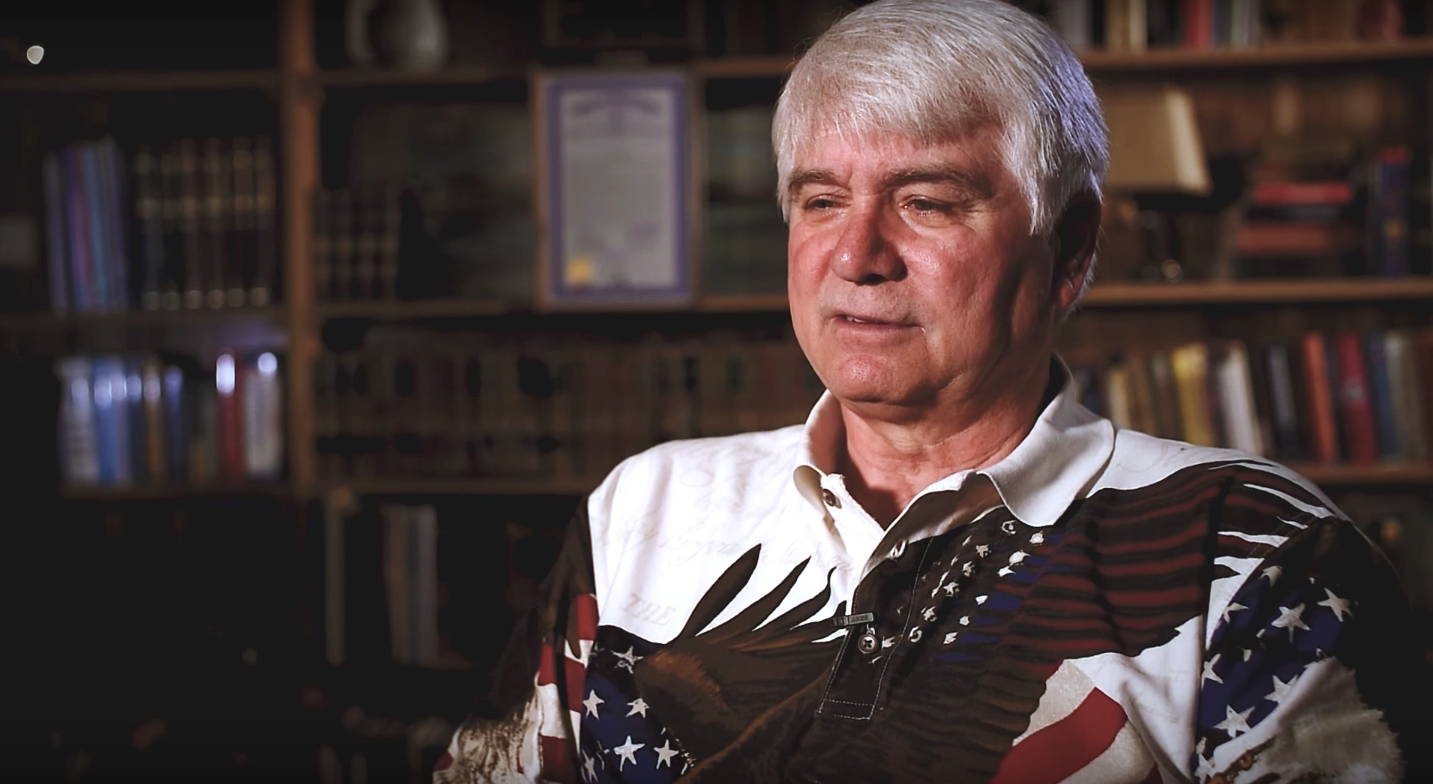 Vietnam War veteran Spc. 5 James C. McCloughan was presented with the Medal of Honor in a White House ceremony more than 48 years after risking his life in heavy fighting to rescue wounded comrades over a three-day offensive.

In his first presentation of the Medal of Honor, the nation’s highest award for valor and gallantry in battle, President Donald Trump hailed McCloughan as a hero and thanked him “for what you did for us.” McCloughan “earned his place among legends,” Trump said. “Today we pay tribute to a veteran who went above and beyond the call of duty.”

“He gave it his all, and just kept going,” Trump said of the medic who was injured while aiding others, yet carried wounded on his own badly wounded body. McCloughan “was prepared to lay down his life so other men could live,” Trump said

During the White House ceremony, McCloughan saluted 10 battle buddies as they were recognized by Trump, including five veterans whose lives he saved.

McCloughan and veterans from his unit — Company C, 3rd Battalion, 21st Infantry Regiment, in the Americal Division’s 196th Light Infantry Brigade — had been recognized for their service during a United States of America Vietnam War Commemoration pinning ceremony July 30. As part of the event, each veteran received a lapel pin commemorating his service in Vietnam.

"Welcome home,” McCloughan said in an Army article. “Thank you for your service," he said to 15 of his battle brothers from the Vietnam War.

Most of the veterans who attended the pinning ceremony had been wounded in Vietnam and said they owed their lives to McCloughan’s skill, quick thinking and bravery, as he was their combat medic during heavy enemy action in battle in 1969 near Tam Ky and Nui Yon Hill where McCloughan distinguished himself.

During a combat assault by enemy forces May 13, two U.S. helicopters were shot down under heavy fire, making it impossible for a rescue helicopter to land. Instead, a squad from Charlie Company was dispatched to bring the pilot and crew to safety. Near the crash site, the squad saw a wounded soldier lying nearby, unable to move. McCloughan ran more than 100 yards through an open field through friendly and enemy crossfire, lifted the soldier over his shoulder and ran back to the company.

Later the same day, during an ambush that inflicted heavy casualties on McCloughan’s platoon, he saved a half-dozen fellow soldiers by charging through the kill zone repeatedly to drag them back to the safety of a trench, sustaining wounds himself and refusing to be evacuated though bleeding extensively.

On May 14, McCloughan became the sole company medic after the 1st Platoon medic was killed. He braved enemy crossfire several times during a fierce ambush in which he was wounded by shrapnel from a rocket-propelled grenade and small-arms fire while rendering aid in a rice paddy. McCloughan kept braving the crossfire to bring wounded soldiers out. As the battle went into the third day, McCloughan helped strike a blow by taking out an RPG position with a grenade, and he continued to put himself in harm’s way to extract the wounded and render care.

McCloughan was drafted into the Army at age 23 after completing college and deployed to Vietnam following basic training at Fort Knox, Ky., and advanced medical training at Fort Sam Houston, Texas.

McCloughan, 71, lives in South Haven, Mich. In an interview with the Associated Press last month, he said the battle was “the worst two days of my life.”