Vietnam War Hero: Our Only Goal Was Victory

Vietnam War Hero: Our Only Goal Was Victory 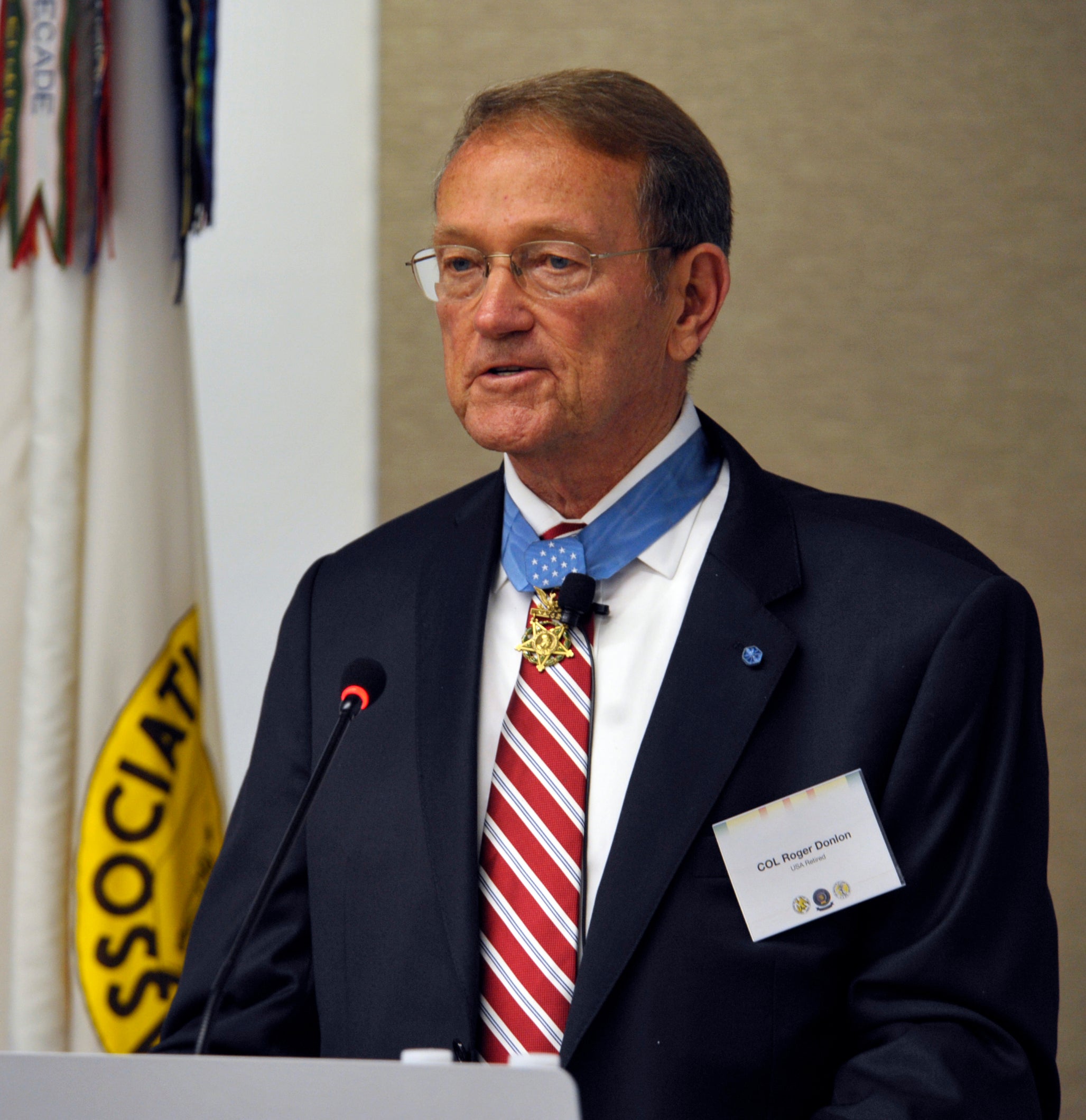 When then-Capt. Roger H.C. Donlon and his Special Forces detachment were attacked by a Viet Cong battalion, “we proved ourselves a fighting unit,” he said. “We would not yield. We would never surrender. Our only goal was victory.” Donlon, now a retired colonel and the first Medal of Honor recipient of the Vietnam War, was the keynote speaker at an Association of the U.S. Army dinner on May 5, “Soldiers of Valor: A Vietnam War Commemorative Event.” The AUSA dinner was part of a nationwide, multiyear effort to pay tribute to the more than 3 million Americans who served in uniform during the conflict, and the more than 58,000 who died. Donlon earned the nation’s highest award for valor for his actions on July 6, 1964, at a small outpost near Laos in the Republic of Vietnam. He had just completed predawn rounds when the outpost was attacked by a Viet Cong battalion, the start of a five-hour battle with heavy casualties on both sides. Despite being severely wounded, Donlon moved from position to position to bring supplies and ammunition to his men, treat their wounds, and urge them to keep fighting. The 12 men of Detachment A-726 would become one of the most highly decorated units in Army history. “Without orders, each man of the team functioned perfectly,” Donlon said at the dinner, which was held in the AUSA Conference and Event Center. Nationwide Vietnam War commemorations began on Memorial Day in 2012 and will continue through Veterans Day 2025. “While no words will ever be fully worthy of their service nor any honor truly befitting their sacrifice, let us remember that it is never too late to pay tribute to the men and women who answered the call of duty with courage and valor,” President Barack Obama said in a proclamation creating the commemoration.