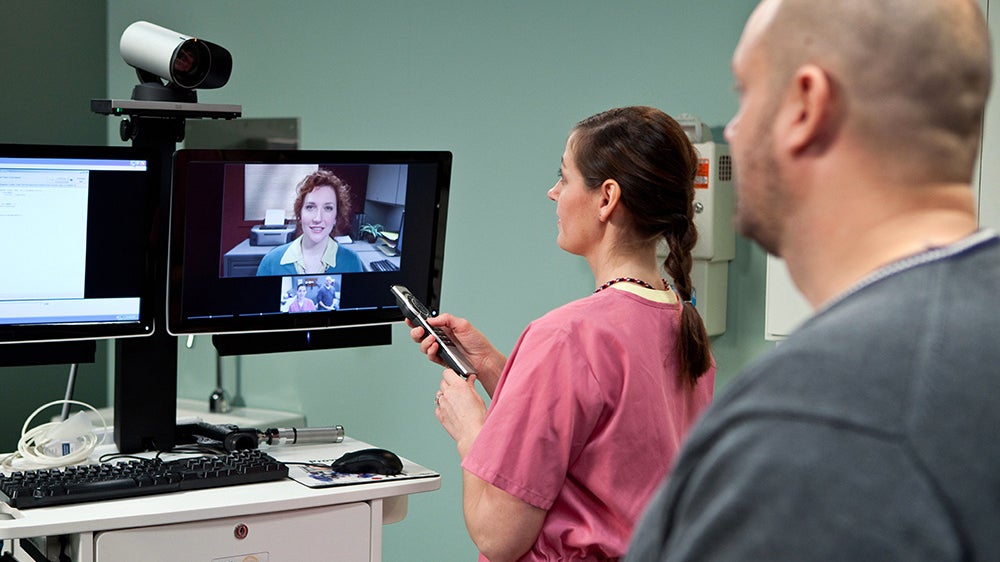 Photo by: Dept. of Veterans Affairs

The Department of Veterans Affairs continues to care for veterans—and some non-veterans—during the COVID-19 pandemic, despite halting face-to-face encounters, the department’s top official said.

“We have shown we are adaptable, we’re agile,” VA Secretary Robert Wilkie said during an event hosted by the Defense Writers Group July 7.

Telework hasn’t caused any decline in productivity among VA employees, he said. If anything, “it’s gone up.” While VA facilities eliminated most face-to-face appointments in response to COVID-19, the department expanded its telehealth reach for mental health services.

“We have transitioned on the mental health front from 40,000 telehealth appointments a month to over 900,000,” Wilkie said. “That’s the new wave in terms of mental health care.”

Wilkie said “there’s no question” that telehealth “is the way to the future,” especially for mental health and expanding the VA’s footprint in rural areas across the country.

As the VA continues to expand its care and resources around the country, including caring for about 9,000 non-veteran citizens, it’s also preparing for a resurgence of coronavirus cases, he said.

“I am preparing in the event that there is a major rebound, despite what we’ve seen so far,” Wilkie said, emphasizing that the VA has “months of supplies in reserve now.”

Despite the pandemic, the VA is continuing to make changes by improving its hiring process and growing its pool of medical professionals.

The department has shortened its yearlong onboarding process for new hires to a few days, Wilkie said. Over the past seven weeks, the VA has hired 18,000 new providers—including 5,000 nurses—and 90% of them are permanent hires, he said.

“I could not be happier with the pace with which we’re hiring,” Wilkie said, adding that the VA is looking to offer competitive pay as it competes for talent with the private sector.

“We have to be realistic there are certain medical skills we can’t attract unless we have the ability to compensate those professions,” he said. “That’s something we’ve wanted for many years.”