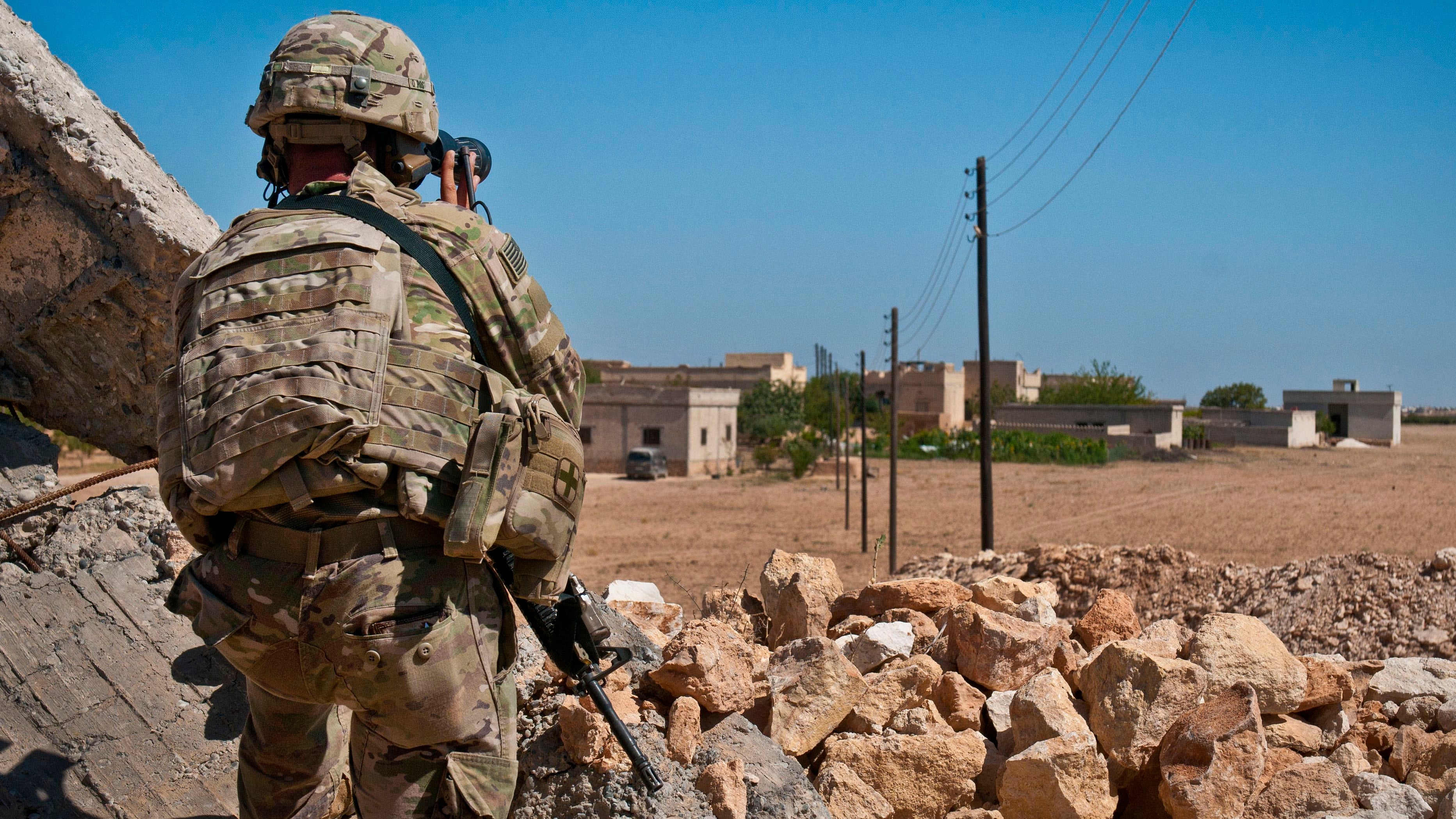 U.S. forces have been setting up observation posts in northern Syria in an effort to keep Islamic State fighters inside the Syrian battlespace where U.S.-backed forces are fighting to weaken the threat.

In a teleconference news briefing from Baghdad, Col. Sean J. Ryan, spokesman for Combined Joint Task Force-Operation Inherent Resolve, said the U.S.-led coalition against the Islamic State group, also known as ISIS, “continues to support the [Syrian Defense Force] ground operations” with air and artillery strikes to push back enemy defensive positions and remove ISIS fighters from the battlefield. “These strikes have thwarted ISIS counterattacks and ensure they remain contained” in the Middle Euphrates River Valley.

As a new part of that effort, he said, “U.S. forces are establishing observation posts in northeast Syria to further deny escape routes to ISIS, who may try to flee into Turkey to the north.” The observation posts aim to provide “additional transparency and will better enable Turkey’s protection from ISIS elements.”

The troops standing up the observation posts will be drawn from the estimated 2,000 U.S. forces now on duty in Syria, Defense Secretary Jim Mattis said during a Nov. 27 meeting with reporters at the Pentagon. “We are going to track any threat we can spot going up into Turkey,” Mattis said, explaining that U.S. forces will be “talking to Turkish military across the border."

Fighting the Islamic State militants in Syria “where the greatest concentration of evil is located,” Ryan said, is critical to consolidate gains and keep the group from promoting a global threat.

With remnants of ISIS continuing to fortify positions and dig in for a protracted campaign, the coalition “should remain patient, as fighting will continue to be intense as we continue to pressure the enemy into smaller and smaller spaces.”

“We cannot walk away. We must stay and work with our partners to develop their capabilities and capacity and ensure they can prevent this enemy from ever threatening Iraq, Syria and any other country around the world,” Ryan said.