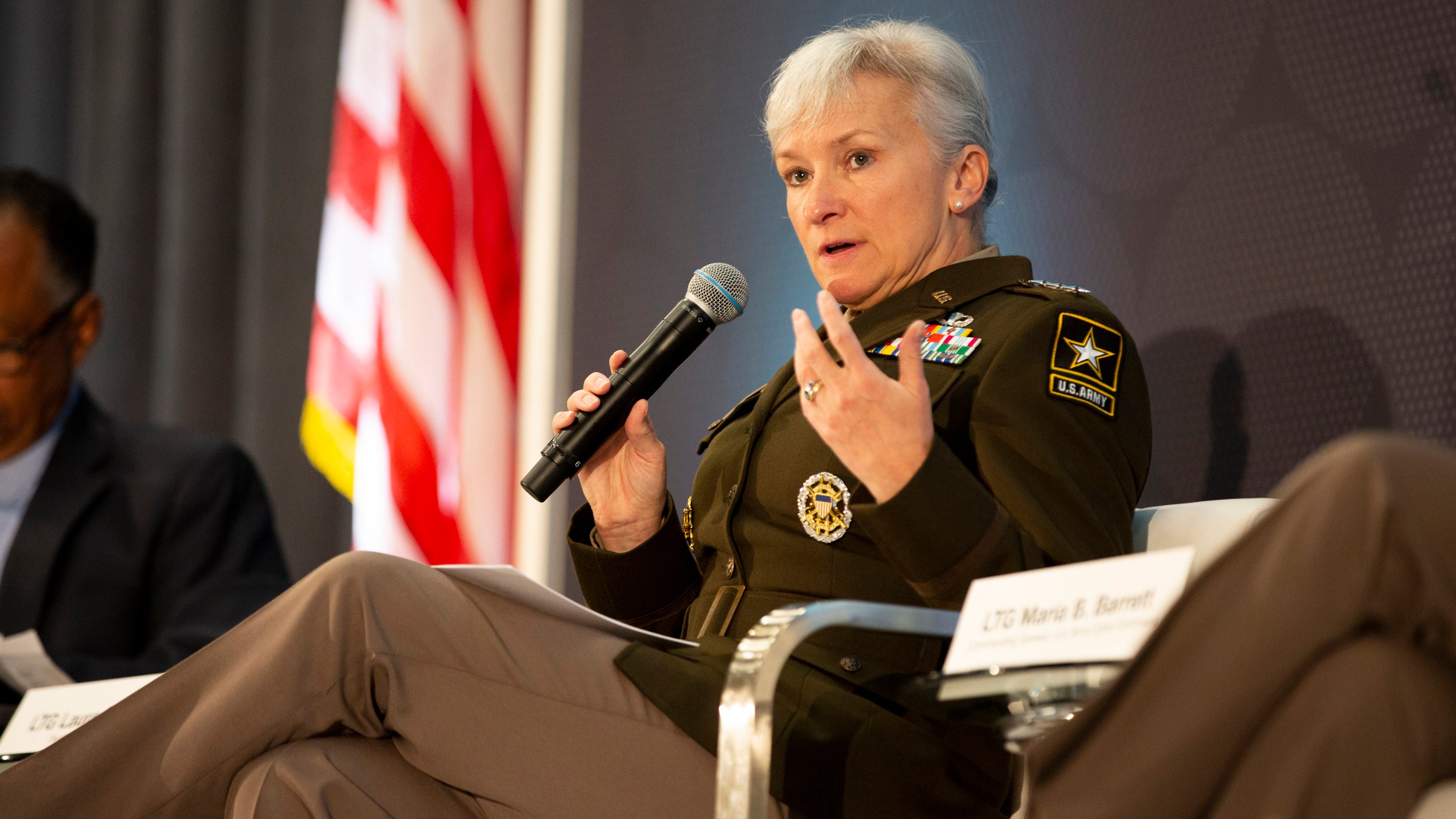 Photo by: Jen Milbrett for AUSA

Army cyber forces must quickly and continually adapt to keep up with ever evolving threats, a panel of experts said Oct. 12 at the Association of the U.S. Army’s Annual Meeting and Exposition.

The Army constantly monitors and analyzes threats from China, which is America’s “pacing challenge,” and other adversaries including Russia, North Korea, Iran and terrorist organizations, said Lt. Gen. Laura Potter, deputy Army chief of staff for intelligence, G-2. “This really is a global problem,” she said.

Challenges range from high-end, sophisticated threats to misinformation and disinformation that’s “going on in the information space on a daily basis,” Potter said during a contemporary military forum titled “Evolution of Cyber and Information Advantage.”

“The stronger we can be at cyber resilience and contesting mis- and disinformation, the stronger that deterrent effect will be,” she said.

The challenge is determining how to get ahead of rapidly moving threats, she said. “We can use the traditional intelligence sources, but there’s a plethora of information out there that also enables us to see further,” Barrett said.

Barrett likened it to only looking for data within a forward operating base. “Guess what? You’re not going to get that much data,” she said. “You have to see what’s coming at you. You have to reach out farther. That happens to be a lot of data, and you have to have the mechanisms to do that.” As the Army modernizes, the cyber force must adapt and change with it, she said.

“When things change, my terrain changes,” Barrett said. “I suddenly went from a flat desert to a mountainous scape. I have to change how I react to defend it and how I see it, so I can decide and communicate what the risk is to other commanders. As we employ and implement our modernization, it’s really important for us to do this.”

Among the world’s 7.9 billion people, more than 5 billion use or have access to the internet, Barrett said. With all that data and connectivity, “how is the commander going to sense, understand, decide, act and assess faster than that of the adversary and create those windows to exploit?” Barrett said.

Speed is of the essence, Barrett said. “If you lag in this sphere … then you’ve ceded the information terrain,” she said.

“We are moving on a trajectory,” he said. “Cyberspace is a journey that never ends. We’re going to have to continually reassess … to make sure we’ve got it right and underpin it with all the training.”