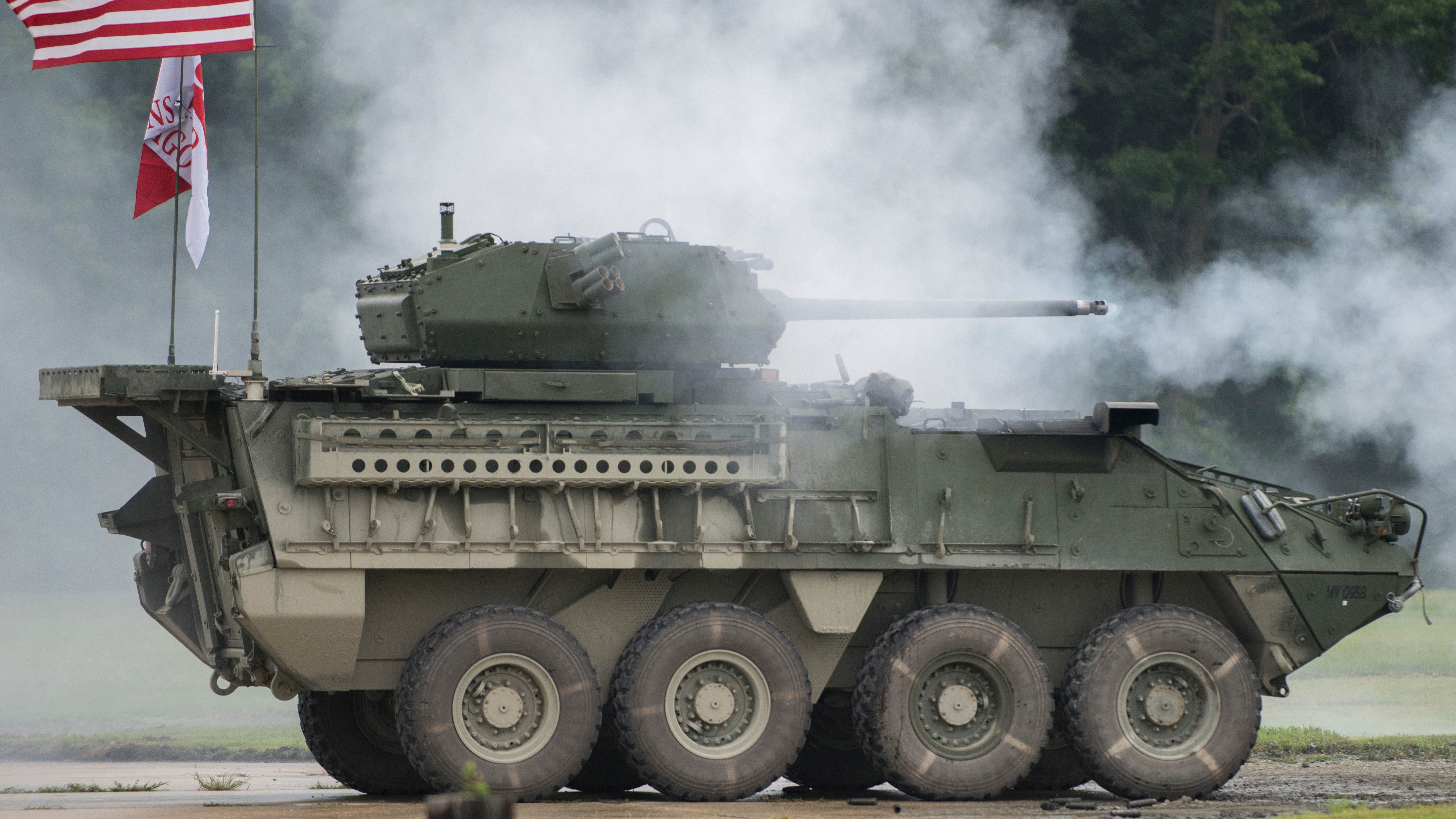 During a recent demonstration at Aberdeen Proving Ground, Md., Army officials made clear the upgunned version of the Stryker was developed based on needs identified by 2nd Cavalry Regiment soldiers. They practiced in squad formations on a simulator in Germany before kicking the tires on the real thing at Aberdeen. The first prototypes are headed overseas early next year, and further forward later in the summer.

“This is a bespoke vehicle for the 2nd Cav,” said Col. Glenn Dean, Stryker project manager, of the wheeled vehicle prototype retrofitted to accommodate the 30 mm cannon. It’s known as the Infantry Carrier Vehicle Dragoon (ICVD) after the 2nd Cavalry Regiment’s nickname.

In addition to weapons, the double-hulled Stryker variant is getting an improved suspension, wider tires and rims, a 110-amp alternator, an in-vehicle electrical network equipped to respond to future advances in digital equipment, and a 450-horsepower engine. It gets all of that and still has room for nine infantrymen and two crew members.

Ten soldiers will soon wrap up six weeks of training on the new vehicle prototypes at the Aberdeen Testing Center, where they also tested and trained on the Javelin deployment system. It is launched from the Common Remotely Operated Weapon Station atop the vehicle that soldiers are used to.

“This capability that’s coming to 2CR is directly attributable to Russian aggression, and we are actively working with our foreign partners in how to help shape our formation,” said Lt. Col. Troy Meissel, the regimental deputy commander, who said the lethality offered by the ICVD is one way to help make up for a smaller U.S. presence in Europe.

Installation of the 30 mm cannon turret, which is operated from the commander’s position inside the vehicle, required adjustments for users. There are fewer hatches and more periscopes, but the trade-off is better protection for soldiers who can remain under cover during firing, and greater firepower. The 30 mm cannon has a range of more than 2 miles.

“This is the first new direct-fire weapon system and family of ammunition to enter the Army inventory since we put the 120 mm battle cannon on the Abrams in the 1980s,” Dean said of the 30 mm cannon, a holdover from earlier Navy and Army trials that allowed designers to more quickly develop the capability.