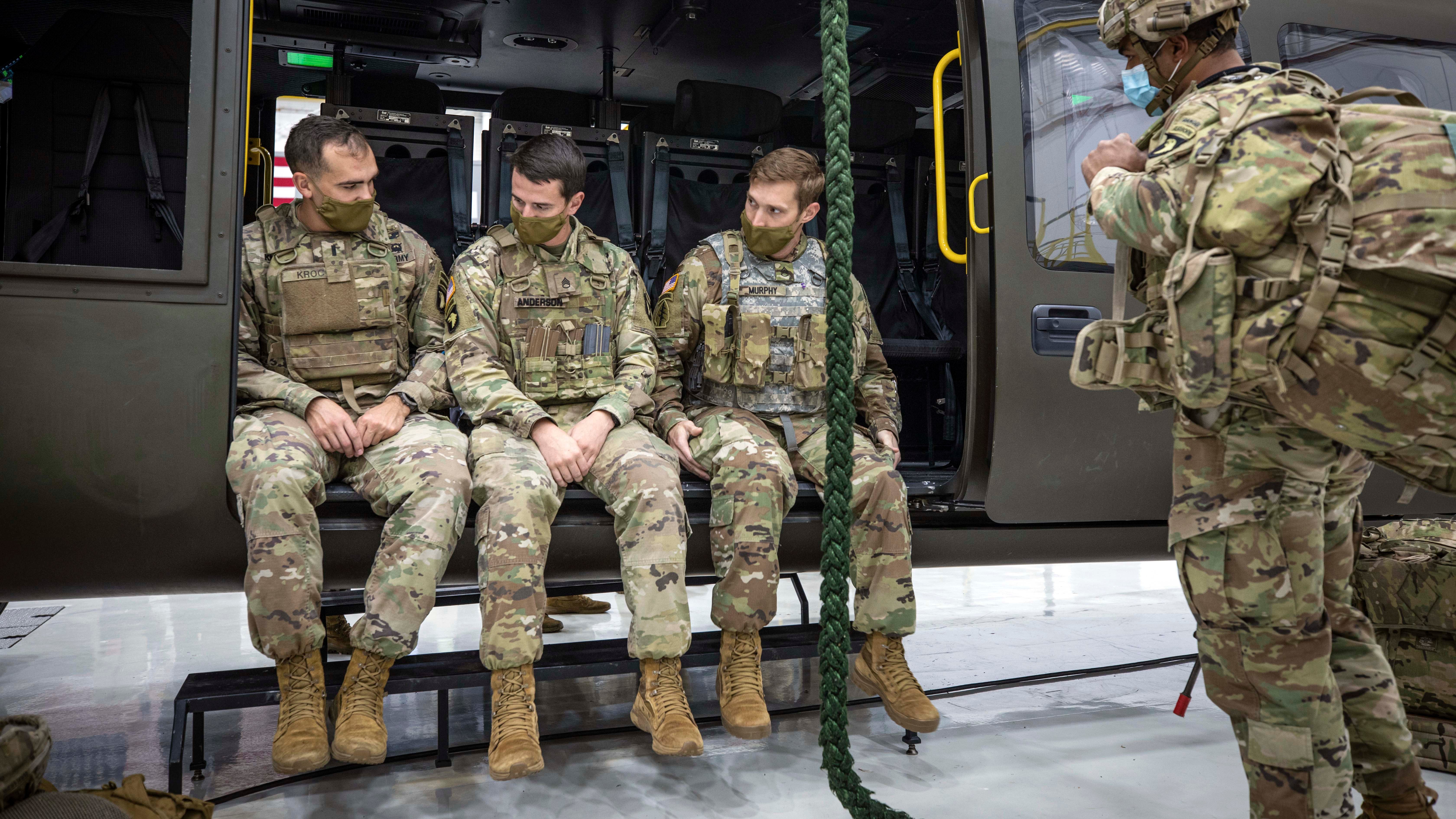 Future Vertical Lift, one of the Army’s six modernization priorities, is considered essential to preparing the force for multidomain operations.

“We are in the process of transforming Army aviation from fighting [counterinsurgency] operations over the last 20 years to focusing on future peer threats that will force us into large-scale combat operations in [a multidomain] environment,” said Maj. Gen. David Francis, commander of the Army Aviation Center of Excellence.

Driven by the Army’s Multi-Domain Operations concept and focus on great-power competition, the Future Vertical Lift Cross-Functional Team has been working on developing aircraft for the future fight.

Fielding of the new reconnaissance aircraft would begin in 2028, followed two years later by the new assault aircraft.

Soldiers also have been testing four tactical unmanned aircraft systems to potentially replace the RQ-7 Shadow. The cross-functional team recently wrapped up a rodeo at Fort Benning, Georgia, where the unmanned systems were put to the test, including in the rain, said Maj. Gen. Wally Rugen, director of the Future Vertical Lift Cross-Functional Team.

Soldiers in five brigade combat teams also have been testing the systems, which must be quieter, can be transported within a CH-47 Chinook and not require a runway for takeoff, Rugen said.

The effort, just as in all of the cross-functional team’s work, is heavily dependent on early testing and soldier feedback, Rugen said, adding the priorities are “flying before we buy and soldiers putting their hands on the equipment before we settle on the requirements.”

As the Army develops the next-generation aircraft, Francis said, it’s “imperative” to make “fundamental changes” to other components of Army aviation, including doctrine and training.

“Because of the transformational capability that future vertical lift will bring to our aviation forces, it’s going to change the way we fight,” Francis said.

From a training perspective, he said, Army aviation has initiatives underway to train forces to fight in a multidomain environment. Future leaders coming into the program today have to be trained differently, he said.

“We are not just looking at the platform itself, but everything from doctrine, personnel, organization, training and so forth that will ... make this easily integratable into the Army and then employable,” Francis said.