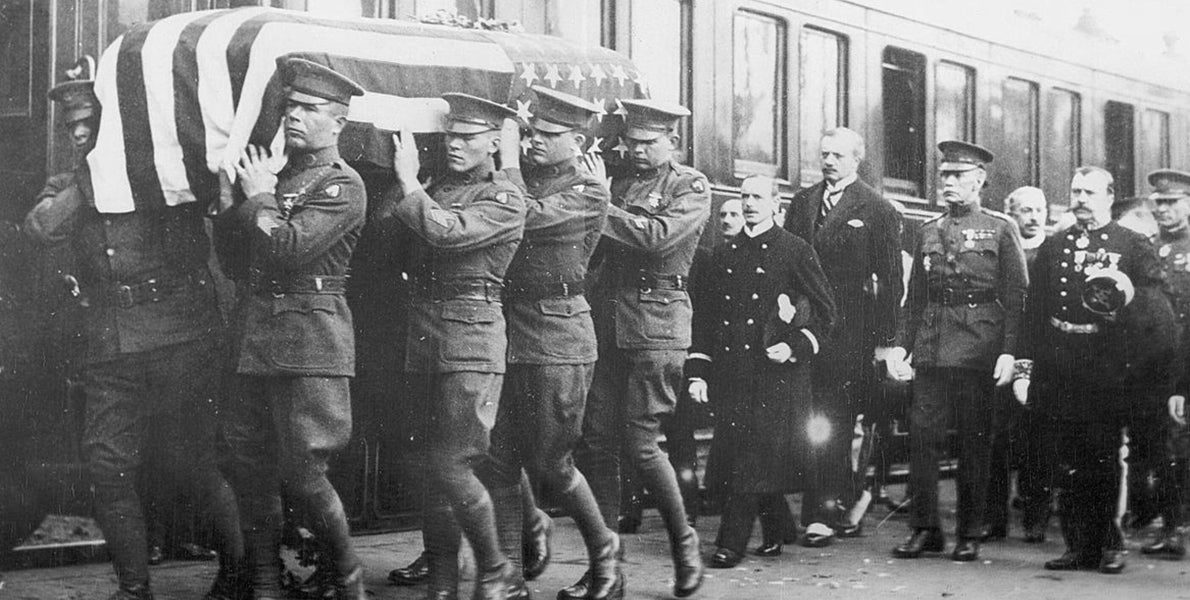 The remains of America’s first unknown soldier were brought home by eight men selected for the mission for their extraordinary feats during World War I and the appeal their stories would have as representatives of all American forces overseas, author and historian Patrick K. O’Donnell says.

Describing the World War I generation as “forgotten” and part of a “forgotten war,” O’Donnell learned of the men and their solemn mission on a battlefield walk of Belleau Wood in France a few years ago. He realized the story of the body bearers was “history hidden in plain sight.”

The eight warriors came from the Army, Navy and Marine Corps, and were chosen personally by Army Gen. John J. Pershing, commander of the American Expeditionary Forces in World War I. Their actions in battle were an important part of what Pershing sought to convey to the public.

“It wasn’t chance, it was a deliberate selection,” O’Donnell explained at a recent Heritage Foundation forum where he talked about his new book, The Unknowns: The Untold Story of America’s Unknown Soldier and WWI’s Most Decorated Heroes Who Brought Him Home. Pershing had “an innate fairness about him” and wanted to make sure all the units that fought in France were recognized, he said.

Pershing also wanted a certain military bearing to come through: He required that each man be at least 6 feet tall.