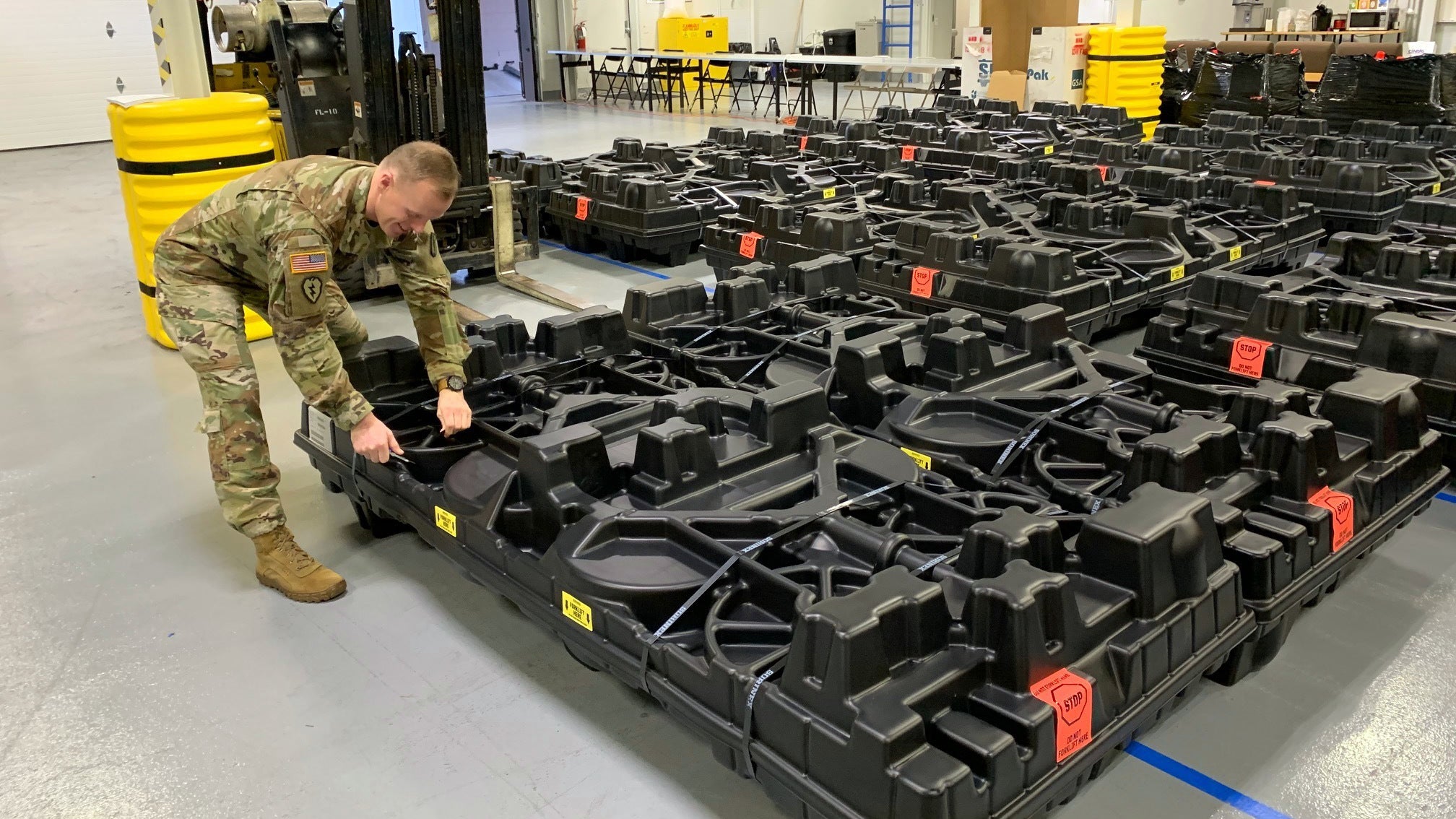 The Kentucky National Guard has received the first of more than 36,000 sets of equipment being shipped to locations across the Army before October 2020, when the new Army Combat Fitness Test becomes the test of record.

The Army plans to deliver over 36,000 sets of equipment to more than 1,100 locations between now and May as it continues to gather data on the test. It will also give soldiers a chance to take the test before it becomes the test of record on Oct. 1.

Next on the list for equipment deliveries are Fort Bragg, North Carolina, and Fort Carson, Colorado, which each will receive their sets of equipment the first full week of January, said Slade Walters, spokesman for the U.S. Army Tank-automotive and Armaments Command, which is carrying out distribution across the Army.

The master plan for the distribution of ACFT equipment is “regionally based,” Col. Steven Carozza, military deputy executive director for TACOM Integrated Logistics Support Center and the lead for the fielding of the ACFT equipment, said Dec. 17 during a ceremonial equipment signing event in Kentucky.

“With Kentucky being part of the Southeast and one of the first regions we were fielding in, it worked out perfectly,” Carozza said, explaining that the sets for Kentucky were available and ahead of schedule, “so everything just kind of aligned perfectly for us to use Kentucky National Guard as the first unit to receive the equipment.”

Brig. Gen. Hal Lamberton, adjutant general for Kentucky, said in a news release that he was “appreciative” that the Kentucky Guard was selected to be the first recipient.

The Army has been testing the new six-event ACFT since October 2018 with equipment that was shipped to 60 battalions. Those units will keep the equipment and receive more if required, Walters said.