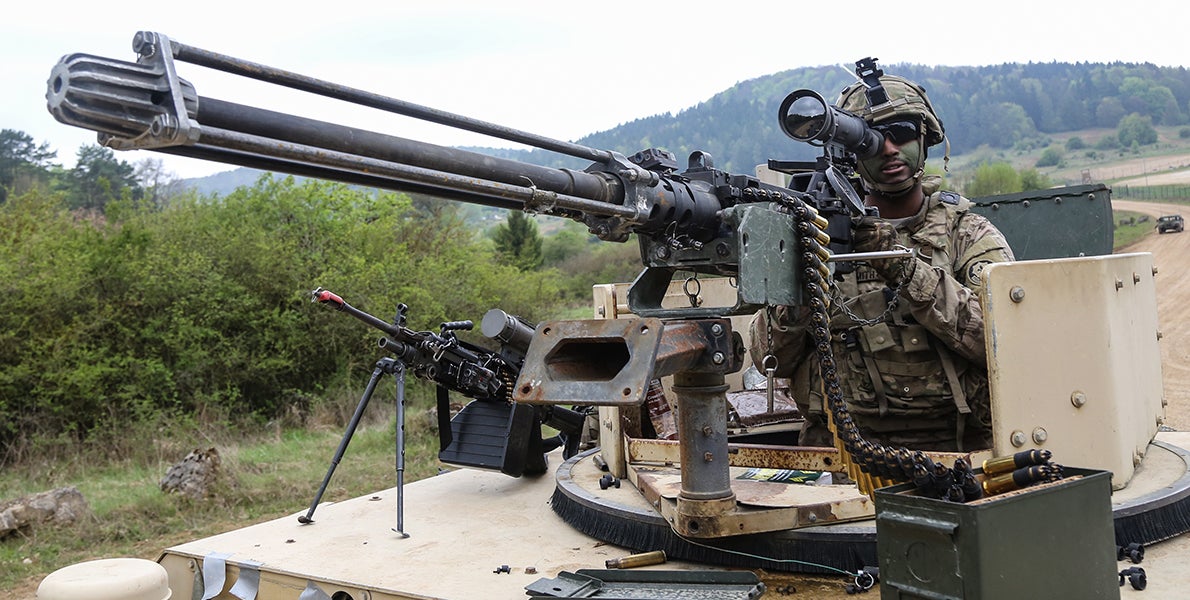 Modernizing the Army would be the primary focus of Ryan McCarthy if confirmed to be undersecretary of the Army, and he describes himself as “uniquely qualified” for the job.

The former Army officer, congressional staff member and defense industry executive said there are many challenges. “While clearly focused on near-term readiness, I will make it a priority to improve the modernization of the force in order to stay ahead of the capabilities of near-peer capabilities,” he told the Senate Armed Services Committee during a hearing about his nomination.

McCarthy also promised to work to “maintain our quality volunteer force and provide soldiers, families and civilians the quality of life they deserve.”

The post of Army undersecretary traditionally is one of being responsible for day-to-day operations and to be chief management officer. McCarthy said he would “work with the acquisition community and industry to ensure the Army makes prudent and cost-informed decisions to enable investments addressing the capability gaps identified by the Army leadership.”

“The Army must adopt a modernization strategy that ensures our continued overmatch of near-peer capabilities and permits us to make difficult decisions on future capability requirements,” he said.

“As a former Army officer and combat veteran, I understand how to build effective teams and that leadership is required to achieve desired results,” McCarthy said. “I was privileged to serve as a close assistant to one of the most talented and reform-minded secretaries of defense, Robert Gates. Outside of the military, I have served in the financial industry, as a professional staff member in the House of Representatives, and as a senior executive in the defense industry. Now, having worked business processes from both Pentagon and civilian industry perspectives, I believe I am uniquely qualified to run the business end of the Army.”