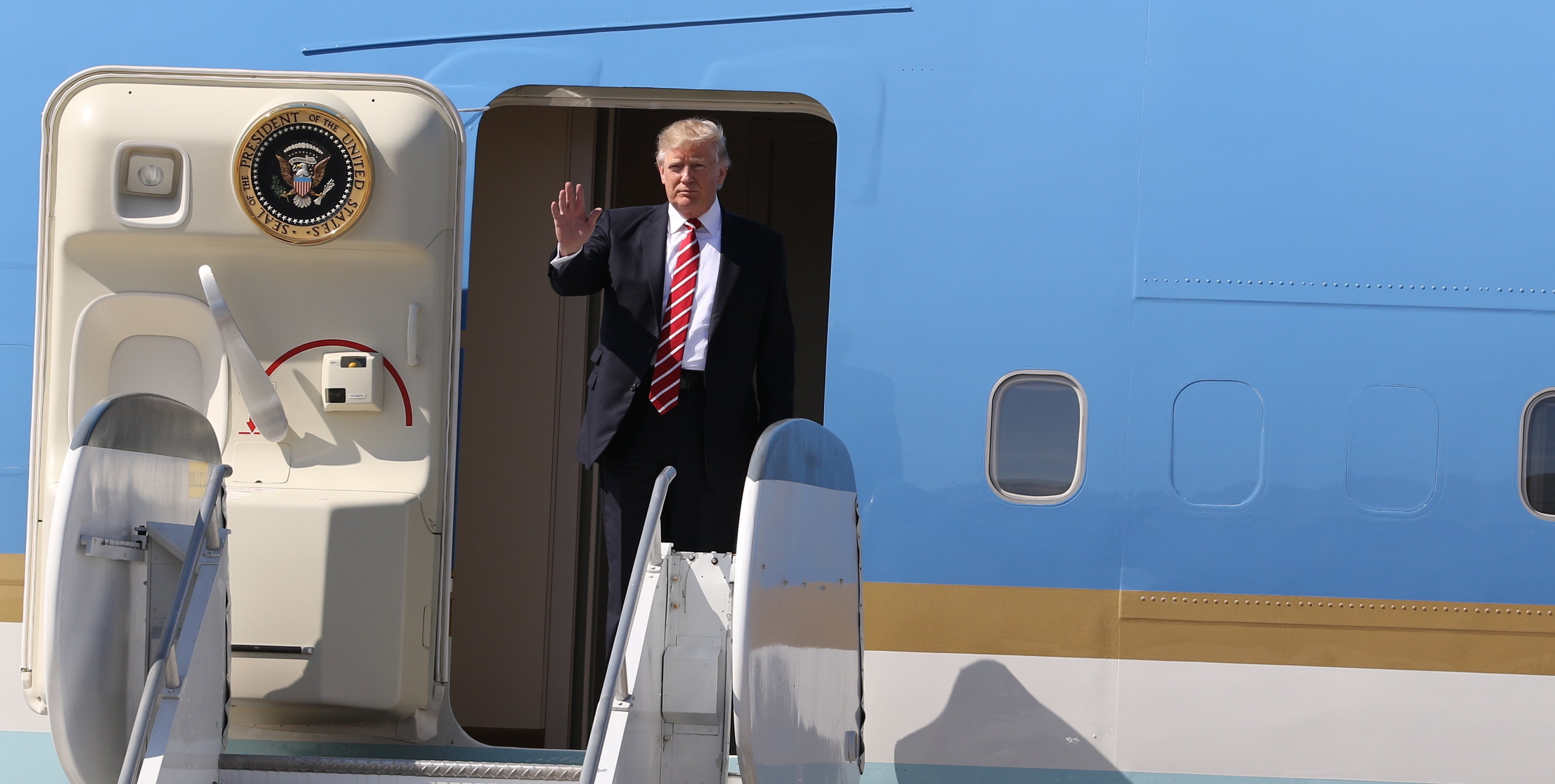 President Donald Trump vowed that his administration will stand with the U.S. military “100 percent” and will ensure it has the equipment, training and resources “to get the job done” in the battle against radical Islamic terrorism.

Trump made that vow in brief remarks Monday during a visit to U.S. Central Command and U.S. Special Operations Command headquarters at MacDill Air Force Base in Tampa, Fla., where he had lunch with soldiers, sailors, airmen and Marines stationed there. It was his first major public visit with troops since his inauguration.

Trump, in office fewer than three weeks, told his multiservice audience that his administration will “stand with you 100 percent. We will protect those who protect us, and we will never let you down.” He said the men and women serving in CENTCOM and SOCOM “have poured out their hearts and souls for this country.

“You have shed your blood across the continents and oceans, engaged the enemy on distant battlefields, toiled in burning heat and bitter cold, sacrificed everything so we can remain safe and strong and free.”

Trump commended those troops for serving at “the very center of our fight against radical Islamic terrorism. America stands in awe of your courage,” he said.

“The men and women of our U.S. military are the greatest fighters for justice on the face of the Earth. We are up against an enemy that celebrates death and totally worships destruction. America and its allies will defeat them. Freedom, security and justice will prevail.”