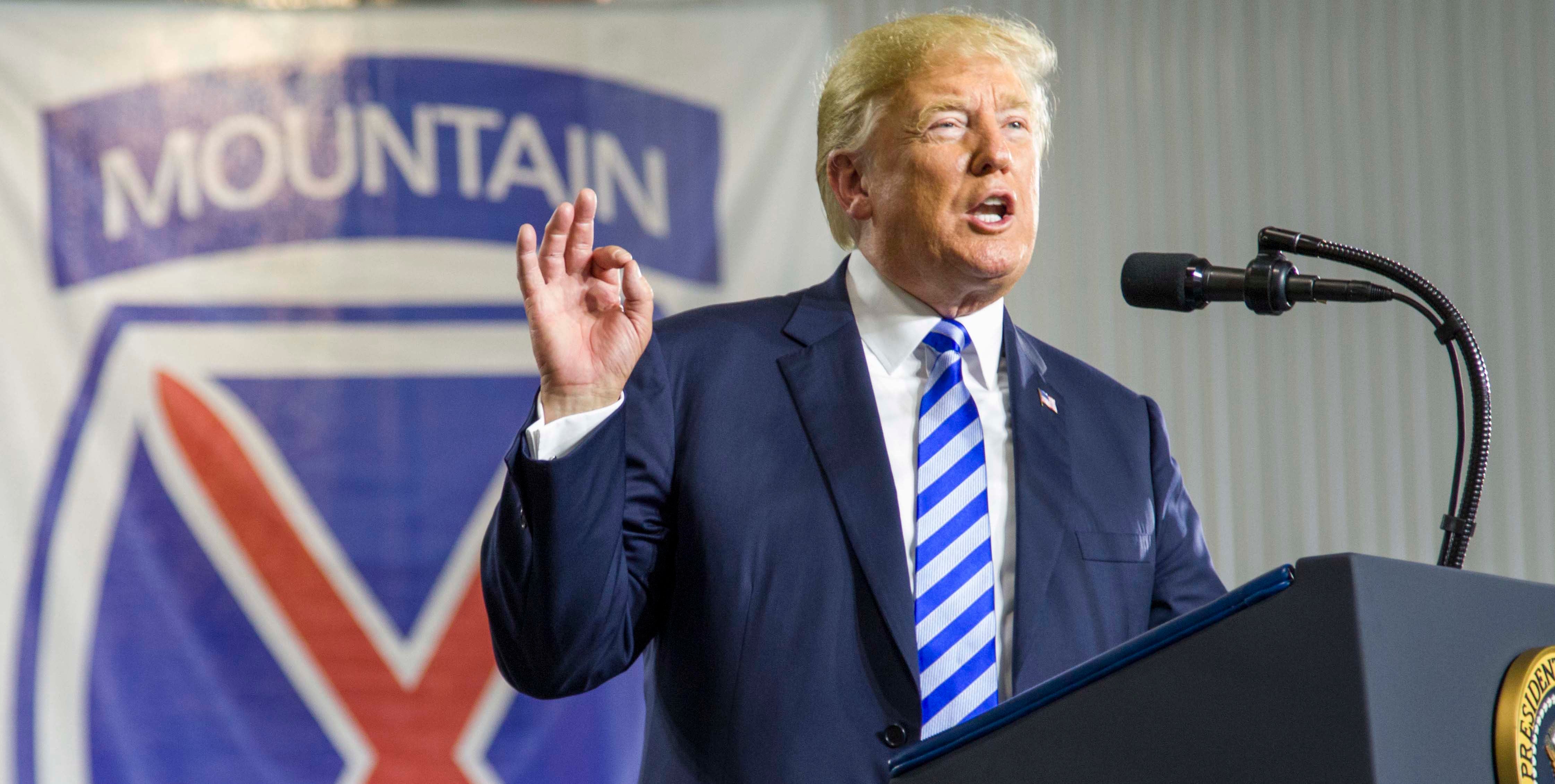 President Donald Trump has signed into law a bill that moves the U.S. Army closer to its goal of a 500,000-member Regular Army. A 2.6 percent military raise, the largest increase in nine years, is part of the new law. He signed the bill surrounded by 10th Mountain Division soldiers.

The fiscal 2019 National Defense Authorization Act signed by Trump at Fort Drum, N.Y., increases Regular Army troop strength to 487,500, a 4,000-soldier boost that keeps the Army on course to achieve active-duty end strength of more than 500,000 by 2028 or earlier.

Army leaders have said the additional troops will be used to fully man formations and to increase manning in fires, air defense, cyberspace and electronic warfare.

The 2.6 percent Jan. 1 raise applies to basic pay and drill pay. It is the biggest pay increase since Jan. 1, 2010, when the military received a 3.4 percent across-the-board raise.

The Dec. 1 cost-of-living adjustment in military retired pay won’t be determined until October.