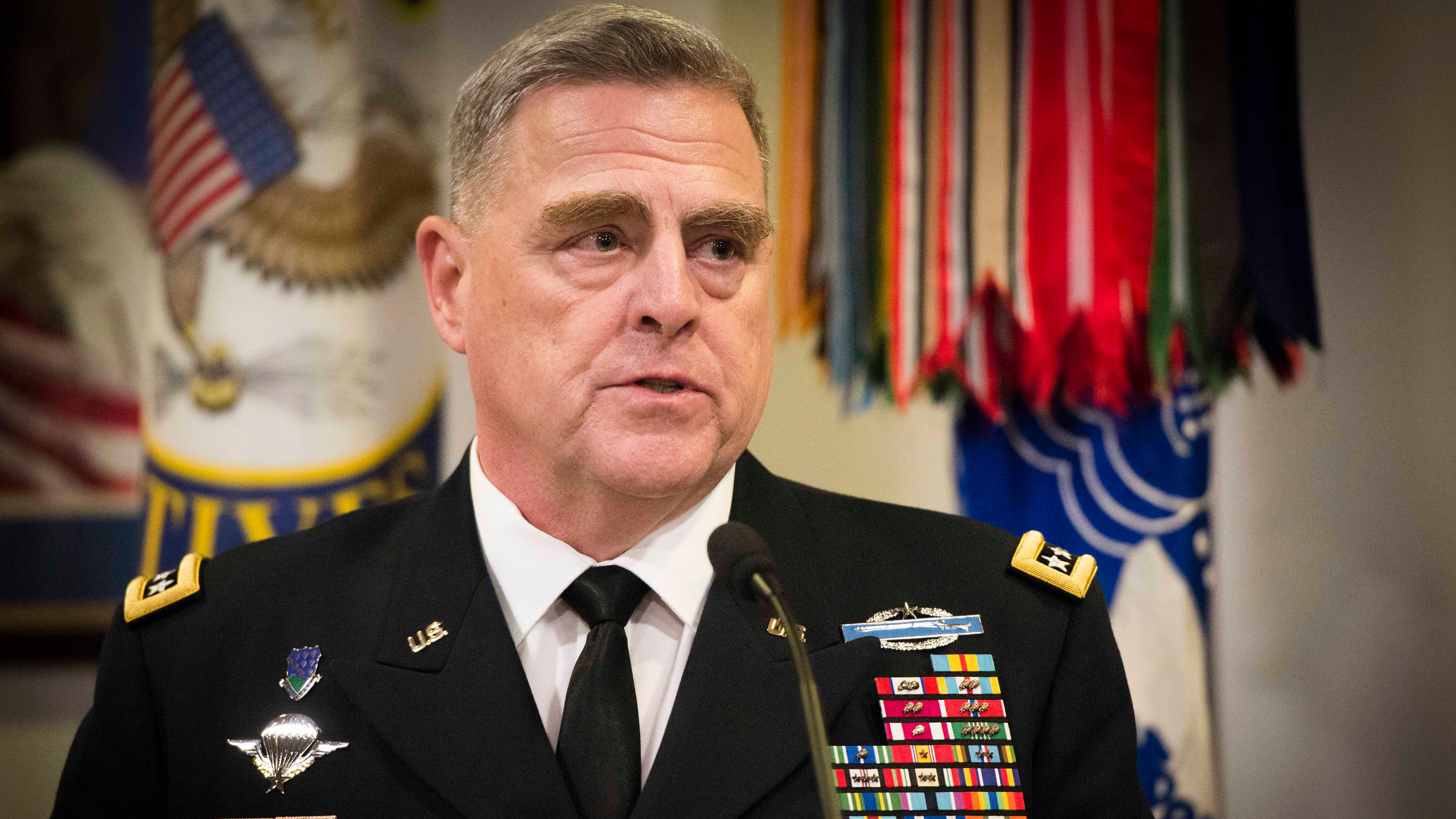 Army Chief of Staff Gen. Mark A. Milley has been selected by President Donald Trump to be the next chairman of the Joint Chiefs of Staff.

Trump announced his intention to nominate the 60-year-old four-star general to be his top military adviser as a successor to Marine Gen. Joseph Dunford, whose term as JCS chairman expires in 2019.

No announcement was made about Milley’s successor.

The new job for Milley requires Senate confirmation. No hearing date has been announced, and Trump did not indicate when he’d like to make the change.

By law, the JCS chairman is the nation’s highest-ranking military officer, and is the principal military adviser for the president, defense secretary and National Security Council. If confirmed, Milley would be the 10th Army general to serve in the JCS post as top military adviser to the president. General of the Army Omar Bradley was the first JCS chairman, serving during the Eisenhower administration. The last Army officer to serve as JCS chairman was Gen. Martin Dempsey, who held the post from 2011 to 2015.

House Armed Services Committee Chairman Mac Thornberry of Texas said Milley is popular in Congress. “The Chairman of the Joint Chiefs of Staff serves as the senior military adviser not just to the President and Secretary of Defense, but to Congress as well,” Thornberry said in a statement. “Many of my colleagues and I have appreciated Gen. Milley’s direct, insightful military assessments based upon his intellect and years of experience. If confirmed in this new role by the Senate, I look forward to working with him.”

Thornberry also praised Dunford. “I am also immensely grateful for the service and for the close working relationship General Dunford has had with the Congress. He has served our nation faithfully and well.”