Troxell: ‘All Hands on Deck’

Troxell: ‘All Hands on Deck’ 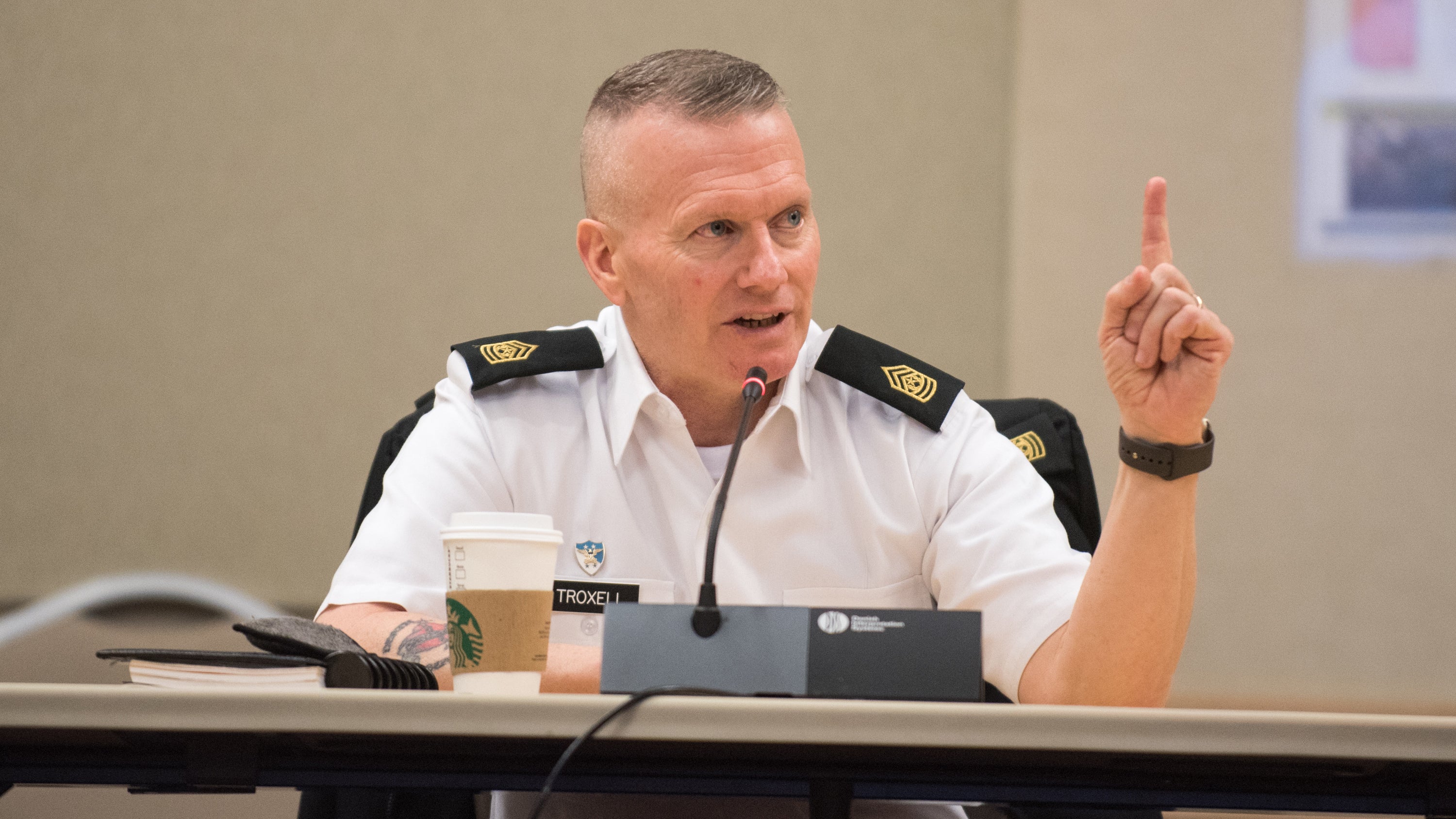 The number of troops needed for a high-end conflict will require an “all hands on deck” level of readiness, a standard being addressed by the DoD policy on separating those unable to deploy, the U.S. military’s senior enlisted adviser said.

“We have to have every man and woman prepared to fight and win, and that's physically, mentally, emotionally, technically and tactically, because high-end conflict is brutal and unforgiving,” Army Command Sgt. Maj. John W. Troxell, senior enlisted advisor to the chairman of the Joint Chiefs of Staff, said in a Pentagon news briefing. “We have to have all hands on deck, all troops on the line.”

A DoD policy launched in February in a bid to improve readiness across the force requires separation of service members who have been nondeployable for 12 consecutive months. The policy came in response to complaints, chiefly from the Army, that units were not fully combat-ready because they were forced to carry soldiers who could not deploy, usually for medical reasons.

Troxell acknowledged the military may have “slightly taken our eye off the foundations of what makes us great” by allowing the pool of nondeployable service members to grow during years of an unusually high operational tempo. But the policy, rather than becoming a vehicle for removing people from the military, he said, “is a motivator for people that want to serve and want to be deployable and serve their nation.”