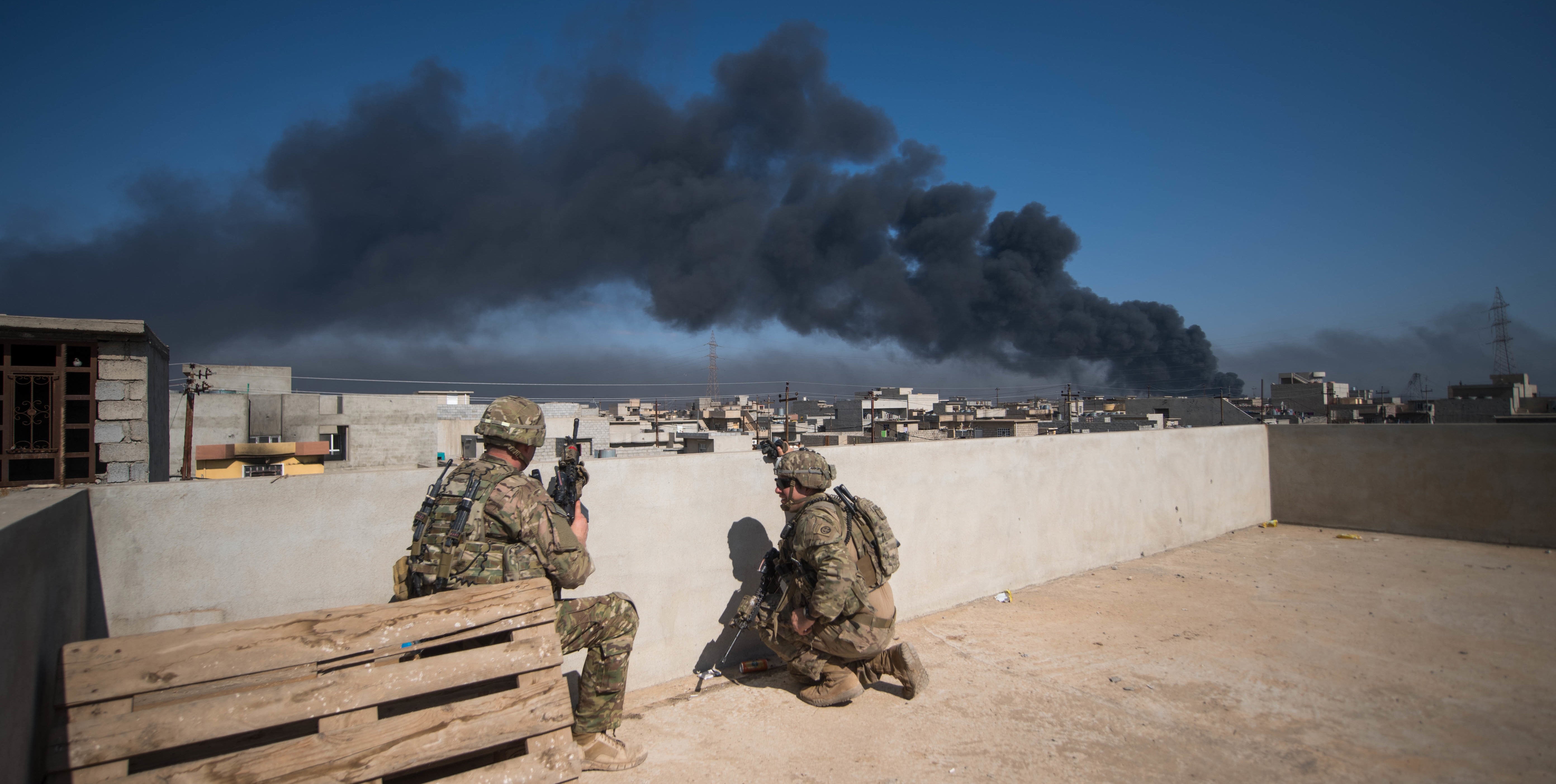 The Iraqi city of Mosul would never be mistaken as a megacity, but there are lessons in the nine-month battle to retake it that are worth considering as the U.S. Army prepares for the possibility of urban warfare, says Gen. Stephen J. Townsend, Army Training and Doctrine Command commanding general.

Townsend, commander of Combined Joint Task Force-Operation Inherent Resolve during the October 2016–July 2017 Battle of Mosul, said it took five months to surround the city as Islamic State fighters were closely pushing into smaller and smaller areas, but surrounding true megacities the size of Manila, the Philippines; Bangkok; and Seoul, South Korea would be difficult and maybe impossible.

Mosul isn’t a megacity and may not big enough to even be considered a city, he said, but “it is the largest city in which I ever participated in high-intensity conflict. … Mosul is the largest place where I’ve observed—closely observed—large-scale combat operations at the high end, mid- to high-intensity, into the spectrum of conflict.”

In an address to the Association of the U.S. Army’s LANPAC Symposium and Exposition in Honolulu, Townsend said the number of people living in cities with a population of more than 10 million is growing, with 16 of the world’s biggest cities located in the Indo-Pacific region. In the past, Army doctrine called for avoiding cities if they can be bypassed, he said, but Mosul showed how that may not be possible if the enemy digs in and refuses to budge.

Because the urban landscape changes too quickly, maps and imagery used in command and control systems “had a hard time keeping up with the battle” and fighting was often intense. “The bottom line is urban combat—especially in a megacity—is going to be extraordinarily violent and extraordinarily destructive for both the security forces on either side … and the people who remain there,” he said.

Every action has a reaction from the population in a megacity, he said. “When you are out in a rural area or small village, you can probably contain or isolate the effect of your operations, including the things that you say, the things that you do, the destruction that you create, the casualties you inflict.”

Fighting can be fierce against even lightly armored terrorists, and not every unit of the Iraqi security forces was prepared. “I saw units break under the strain of combat, and we saw it in enemy intelligences and among some of the prisoners of war as well,” he said.

The Battle of Mosul was won by squeezing Islamic State terrorists into smaller and smaller areas, he said. As the militants moved, they produced “some of the most impenetrable bunkers that you can image,” often on the bottom floor of mostly collapsed buildings. Bulldozers were part of the final assault in operations that looked much like newsreel footage of World War II combat, he said.

Townsend predicted this will become standard operations for smaller military forces. “I think they will deliberately go to the cities and dig in there to fight because they know that it takes away a lot of our technological advantages,” he said. This is one of the reasons combat training center rotations now include a phase where units don’t have the data, communications and advanced technology that give the U.S. Army an advantage on open battlefields.