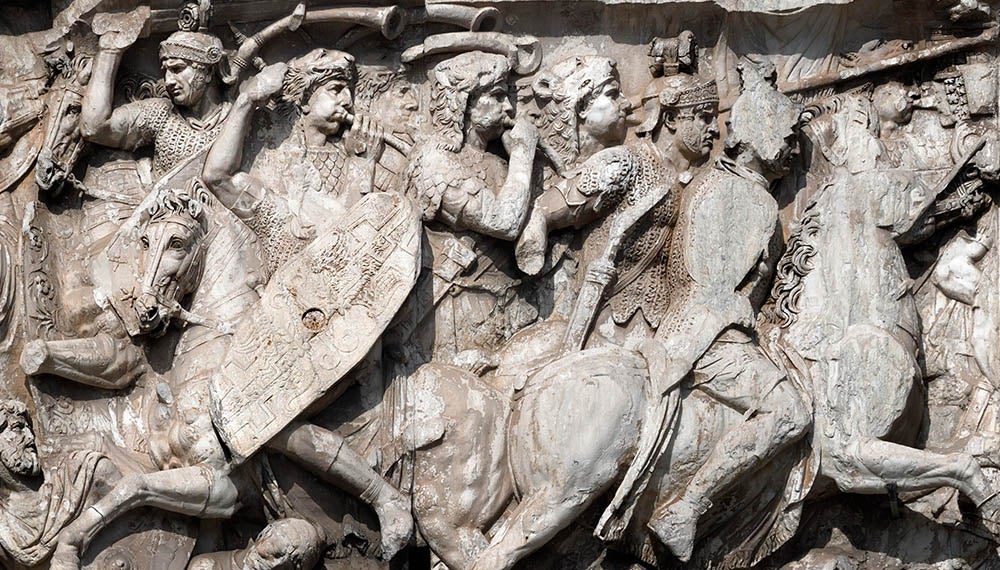 The U.S. military can learn from strategies used by the Roman Empire, especially as it hones its focus on great-power competition, according to a new paper published by the Association of the U.S. Army.

A military can face physical limitations, such as distance and cost, so instead of relying only on force, a state should project military power—or the perception of power, Dzwonczyk writes.

“How a state balances military force and military power, and how it chooses to use those things, are important questions of grand strategy,” Dzwonczyk wrote.

That strategy, he says, involves using information to make a relatively small force appear as a great military power and deterrence “to minimize expense” of maintaining and using military force.

According to the author, American strategy can be shaped by “guaranteeing its own operational reach,” creating alliances, and integrating American and allied capabilities.

But another critical lesson from the Romans must also be remembered: “Peripheral territories and interests are just that—peripheral,” he writes.

Dzwonczyk, a strategist assigned to Joint Task Force-North, says the “unwillingness to discriminate” between vital and peripheral interests—in addition to the increased cost of military forces—contributed to the eventual fall of Roman Empire.