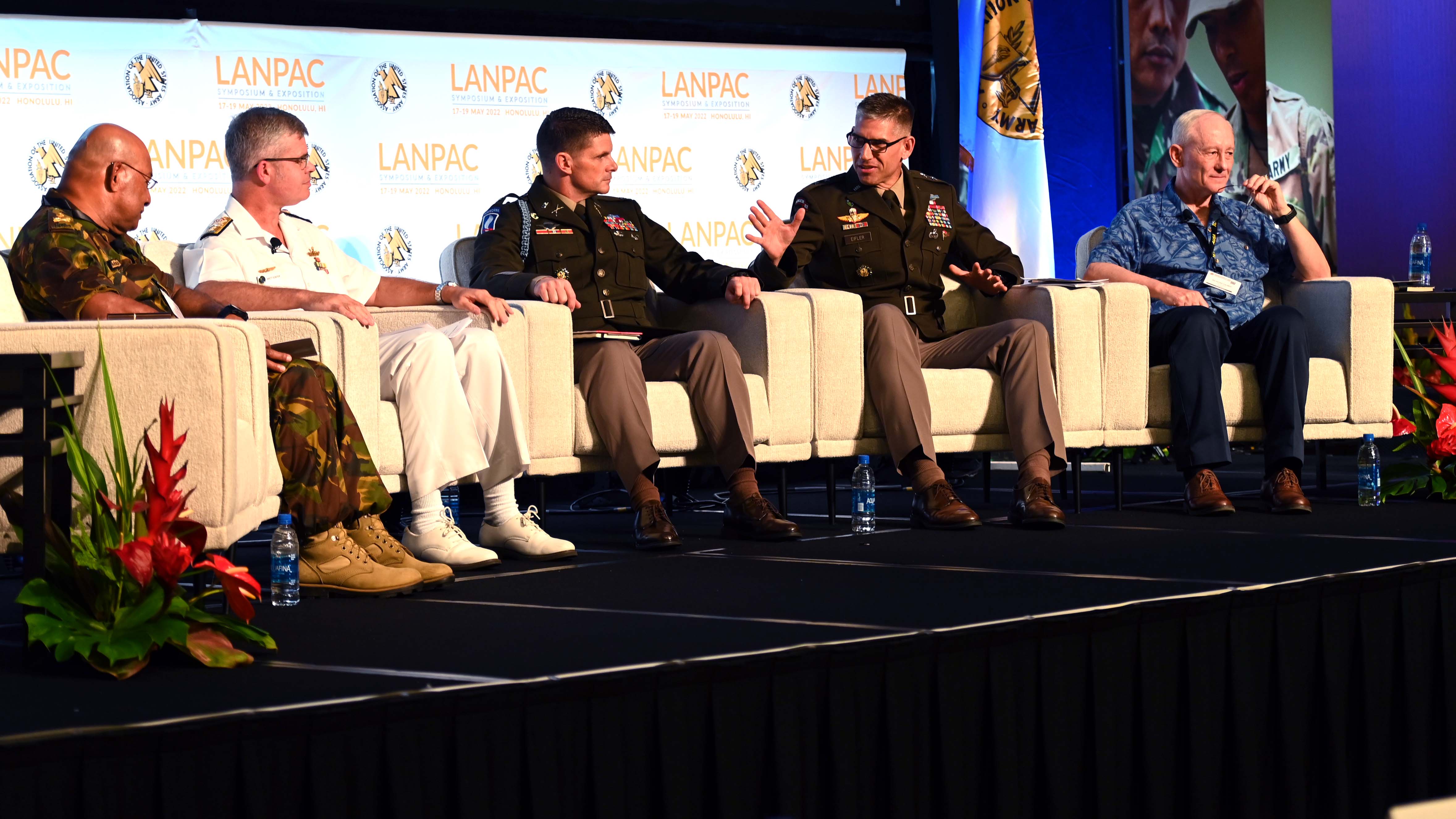 Soldiers must train as they fight, including with allies and partners, to prepare for rapidly growing threats around the world, a panel of senior leaders said during the Association of the U.S. Army’s LANPAC Symposium and Exposition.

“Train as we fight is not a novel idea … [but] we have to work together,” said Maj. Gen. Brian Eifler, commander of U.S. Army Alaska. “Interoperability is absolutely key, to show that capability, that you can work together, that you are working together.”

Training with allies and partners takes time and resources, especially as the different armies work through issues such as equipment compatibility, Eifler said May 18 during a panel on combined joint training in the Indo-Pacific.

Faced with evolving threats, “we no longer have the actual luxury of time,” said Australian Navy Rear Adm. Brett Sonter, who serves as deputy director of maritime operations for the U.S. Navy’s Pacific Fleet.

“It’s all about integrating the forces before we have to do it in conflict,” Sonter said. “We have to work through those behaviors and practices now before the unfortunate circumstance we have to use them.”

Militaries must look beyond how to fight as a joint force and look at how it should fight as a combined force, Sonter said. “We all know we’ve always fought together as a collaboration or coalition,” he said.

In the Indo-Pacific, the U.S. Army has stood up the Joint Pacific Multinational Readiness Center, its first regional combat training center, with campuses in Hawaii and Alaska and the ability to conduct training at a partner host nation.

The center is a “great enabler” to bring together allies and partners in the region to train together, Eifler said.

It also allows the Army to train at the tactical and collective levels, said Col. Ryan O’Connor, commander of the 196th Infantry Brigade, which provides training support to Army forces assigned to the U.S. Army Pacific area of responsibility.

The Joint Pacific Multinational Readiness Center executes three major exercises a year—in Alaska in March, in a host nation between May and August and in Hawaii in November, O’Connor said. All the exercises incorporate joint and multinational forces, he said.

“We have got to learn to be interoperable with our joint partners, and we have to get better at it, we have to train on it,” he said.

“We probably don’t get after those challenging things, like logistics in conflict. How do we make sure we can actually resupply ourselves? Otherwise, it’s going to be a really quick conflict,” Sonter said.

He added, “Some of those challenges we know we have, and we consistently talk about, I’d like to see a bit more complex training focused on that so we can learn, adapt and apply and move forward.”

Eifler agreed, adding that time is another critical commodity. “We talk about train like you fight,” he said. “The more we can do that, the better we’ll be.”