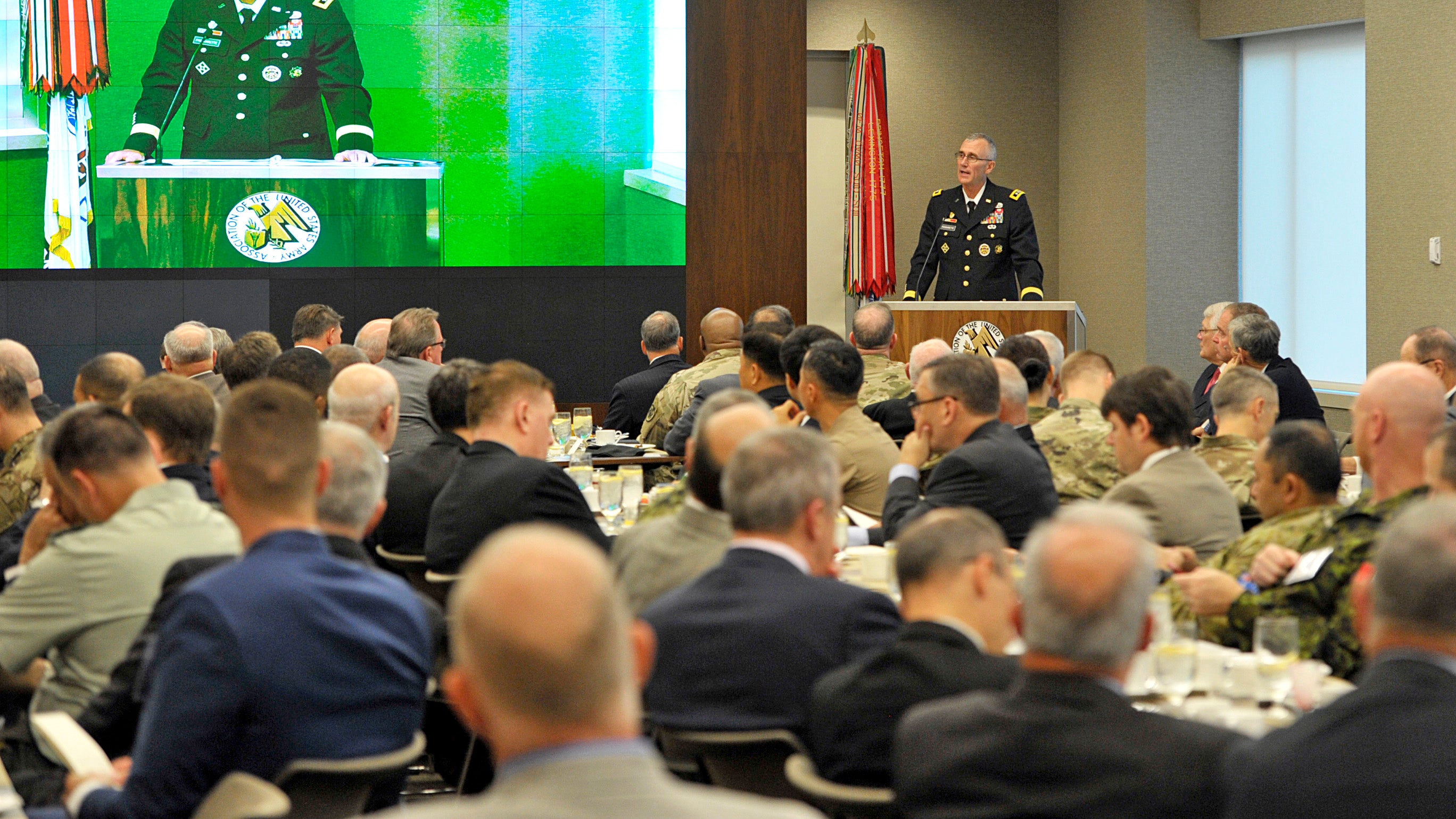 The Army’s chief program manager is concerned that flat or falling budgets may require tough decisions to pay for modernization programs as they ramp up to production in two or three years.

Speaking at a breakfast hosted by the Association of the U.S. Army’s Institute of Land Warfare, Lt. Gen. James Pasquarette, the Army deputy chief of staff for resources and planning, said long-range plans have been based on assumptions of flat budgets that might keep pace with inflation.

That might be overly optimistic because flat budgets may not be provided, and the cost of building the high-technology capabilities now being developed could be greater than expected, he said.

“We may need an appetite suppressant,” Pasquarette said. The Army’s options are not good. Leaders could reduce the size of the Army, cut into combat preparedness or not fully go ahead with its modernization priorities, he warned.

‘When the budget goes down, and we all know how it works around here, ... at some point it is going down, will we have the nerve to make the hard choices?”

Rebalancing money within a flat or declining budget to pay for modernization priorities won’t be easy, he said. The Army has already scrubbed the budget twice looking for money to pay for the research and development for its top priorities. “We’ve taken a couple of pretty good, hard looks at the portfolio,” he said, warning a third review might not find enough savings and efficiencies to cover anticipated costs.