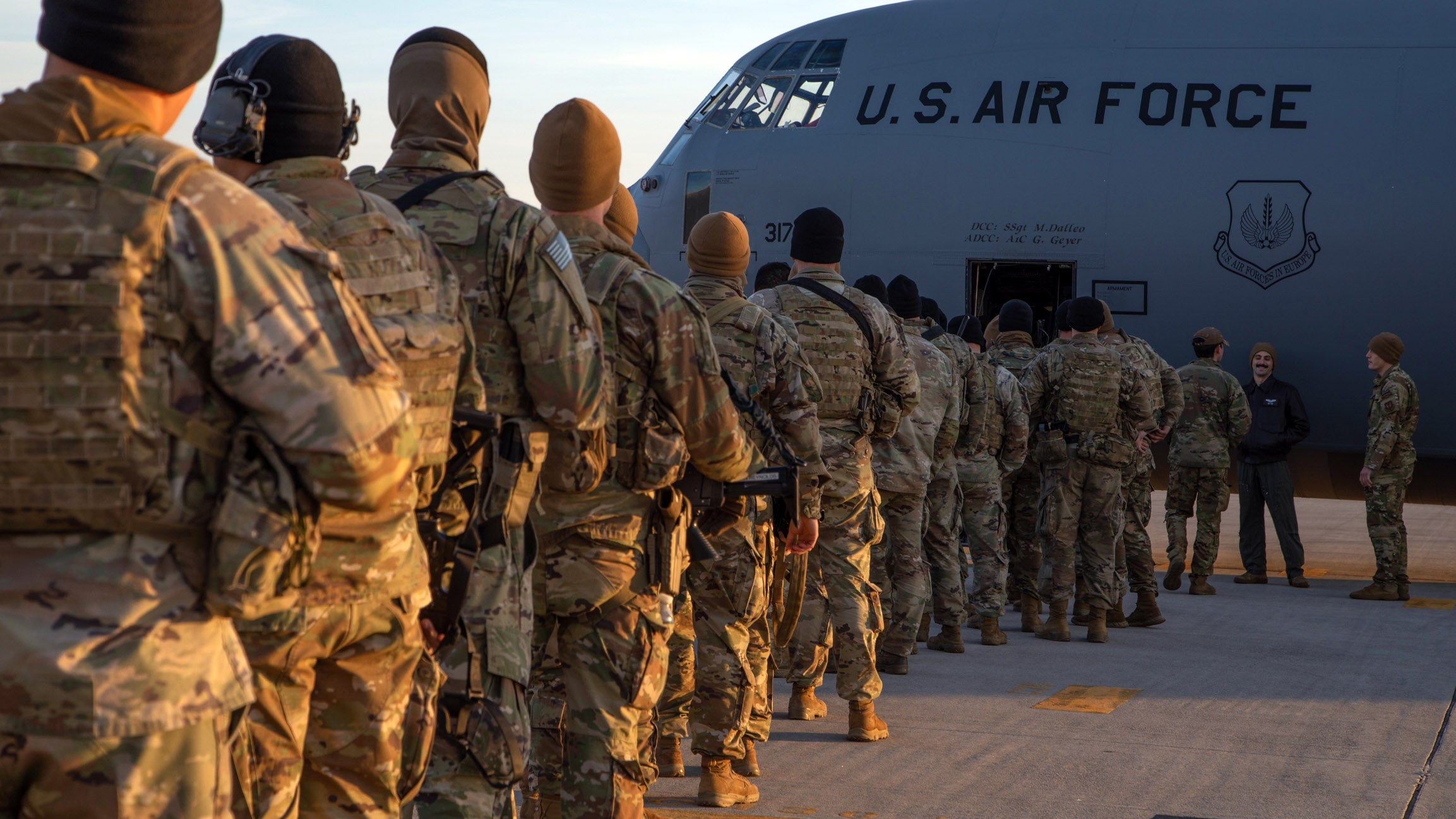 About 7,000 more American troops, including an armored brigade combat team, will deploy to Germany in the coming days as the U.S. moves to further reassure its NATO allies, the Pentagon said Feb. 24.

The announcement came as President Joe Biden announced new sanctions against Russia for launching an invasion of Ukraine with air and missile strikes, armored convoys and ground troops.

Russian President Vladimir Putin “is the aggressor,” Biden said, the Associated Press reported. “Putin chose this war, and now he and his country will bear the consequences.”

This new deployment of American troops is the latest in a series of moves the Pentagon has made in recent weeks to bolster NATO allies and partners, especially in Eastern Europe.

In the early morning hours of Feb. 24, Russia began conducting missile strikes on military targets and urban centers across Ukraine, signaling the start of a “full-scale invasion,” officials said. The move came after Russian troops entered Donetsk and Luhansk in eastern Ukraine.

In the hours that followed, Russian troops also seized control of Antonov International Airport near the Ukrainian capital Kyiv, and the area around the Chernobyl nuclear power station. Ukrainians attempting to flee the capital were met with blocked roads and the looming threat of more strikes as air raid sirens rang out.

While Putin is a “central figure” in understanding Russian strategy, so too is the collective Russian leadership, said Andrew Monaghan, director of the Russia Research Network, during the webinar that was part of AUSA’s Noon Report series.

“This is a foundational event for European politics and security,” Monaghan said about the invasion. “What we’re looking at really is an attempt by the Russians to win within the initial period of war.”

In addition to the new troop deployments announced Feb. 24, thousands of American service members troops have already been deploying to Eastern Europe.

Among them are almost 5,000 paratroopers from the 82nd Airborne Division and a headquarters element from the XVIII Airborne Corps at Fort Bragg, North Carolina, at least 1,000 soldiers from a Stryker squadron already in Germany, and an infantry battalion task force of about 800 soldiers from Italy that is moving to the Baltic region.

The troops are not being deployed to fight in Ukraine, Biden said. Instead, they will be supporting America’s NATO allies, particularly “NATO’s eastern flank allies, Estonia, Latvia, Lithuania, Poland and Romania,” he said.

“The resolution of the policy dispute, I’m afraid, is the point of victory,” he said. “The argument that the Russian leadership could be shamed into withdrawing … is not supported by historical examples.”

More than 14,000 people have died in the conflict between Russia and Ukraine since 2014, including over 3,000 civilians, according to a United Nations report.

Moving forward, Monaghan said that the future of global power strategy will require the U.S. and its allies to redefine Russia.

“It's essential that Washington, London, Brussels, start to think very strategically about Russia, … start to see it as a global player, not just a regional one,” Monaghan said.