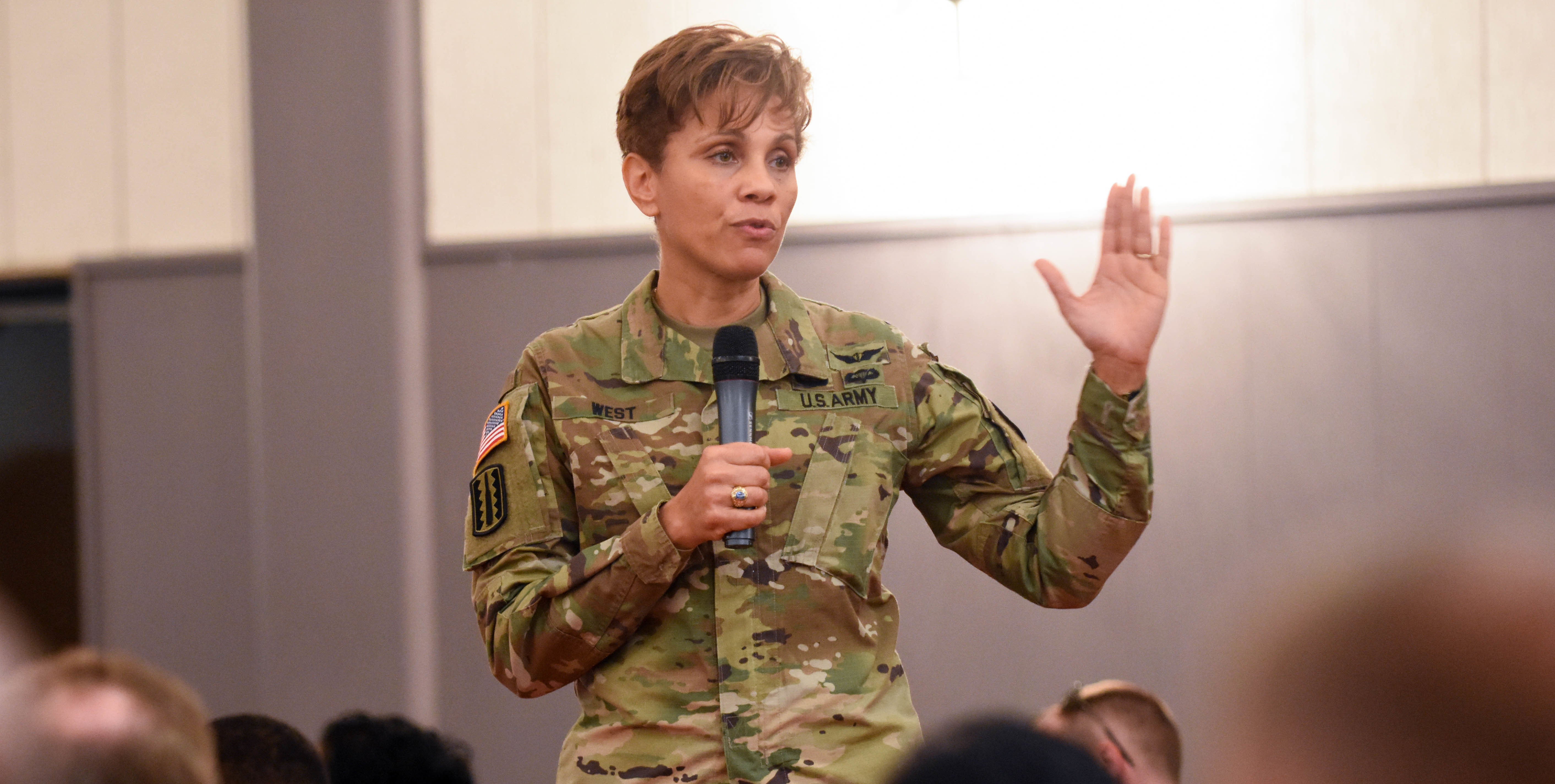 Technology has advanced combat trauma care, but the skills of medics, nurses and surgeons will continue to have the greatest impact on prolonged battlefield care, said Lt. Gen. Nadja Y. West, surgeon general of the Army and commander of the U.S. Army Medical Command.

“People are our most important asset,” West said. “Technology doesn’t employ itself.” Technology is embedded in the Army’s medical training across the spectrum of casualty care, but “ultimately it’s the skill set of the individual employing the technology that makes the most impact. It starts with the individual soldier, first responder and combat medic. If we don’t get that right, then the trauma surgeon doesn’t have a lot to do.”

West will be the keynote speaker at an AUSA Medical Symposium and Exposition, to be held June 26 and 27 in San Antonio.

The establishment of the Army’s Virtual Medical Center at Brooke Army Medical Center, San Antonio, enables remote trauma and advanced burn care and the provision of coaching for special lifesaving techniques like decreasing intracranial pressure for traumatic brain injury, packing and temporarily closing the abdominal cavity in a gunshot wound survivor, and accessing deep vessels to stop bleeding and save a limb.

A decline in the number of war wounded over recent years has led to an expansion in the use of medical simulation training and investment in modernizing the Army’s 21 Medical Simulation Training Centers to supplement training outside of medical treatment facilities.

Individual and collective training evolved over the past 16 years to include simulation packages that replicate combat trauma wounds seen at the point of injury, and simulators are available at the Army’s major power projection platforms. This allows units to include more advanced and realistic medical events during collecting training “consistent with a combined-arms training approach,” West said. In addition, Army surgical teams conduct predeployment training rotations at civilian trauma centers.

Enhancing the simulation effort are increased opportunities to collaborate with civilian partners through the Army Military-Civilian Trauma Team Training program, which establishes partnerships with high-volume and high-complexity civilian trauma centers. Two Army teams will embed in two centers this year.

“This endeavor is designed to enhance the readiness and skill of surgical teams and serve as a bidirectional conduit for sharing lessons learned,” West said, noting that training is also taking place in civilian hospitals. At Cooper University Hospital, N.J., for example, Army Special Forces soldiers and Rangers train alongside U.S. Navy SEALs and Marine Corps Reconnaissance personnel.