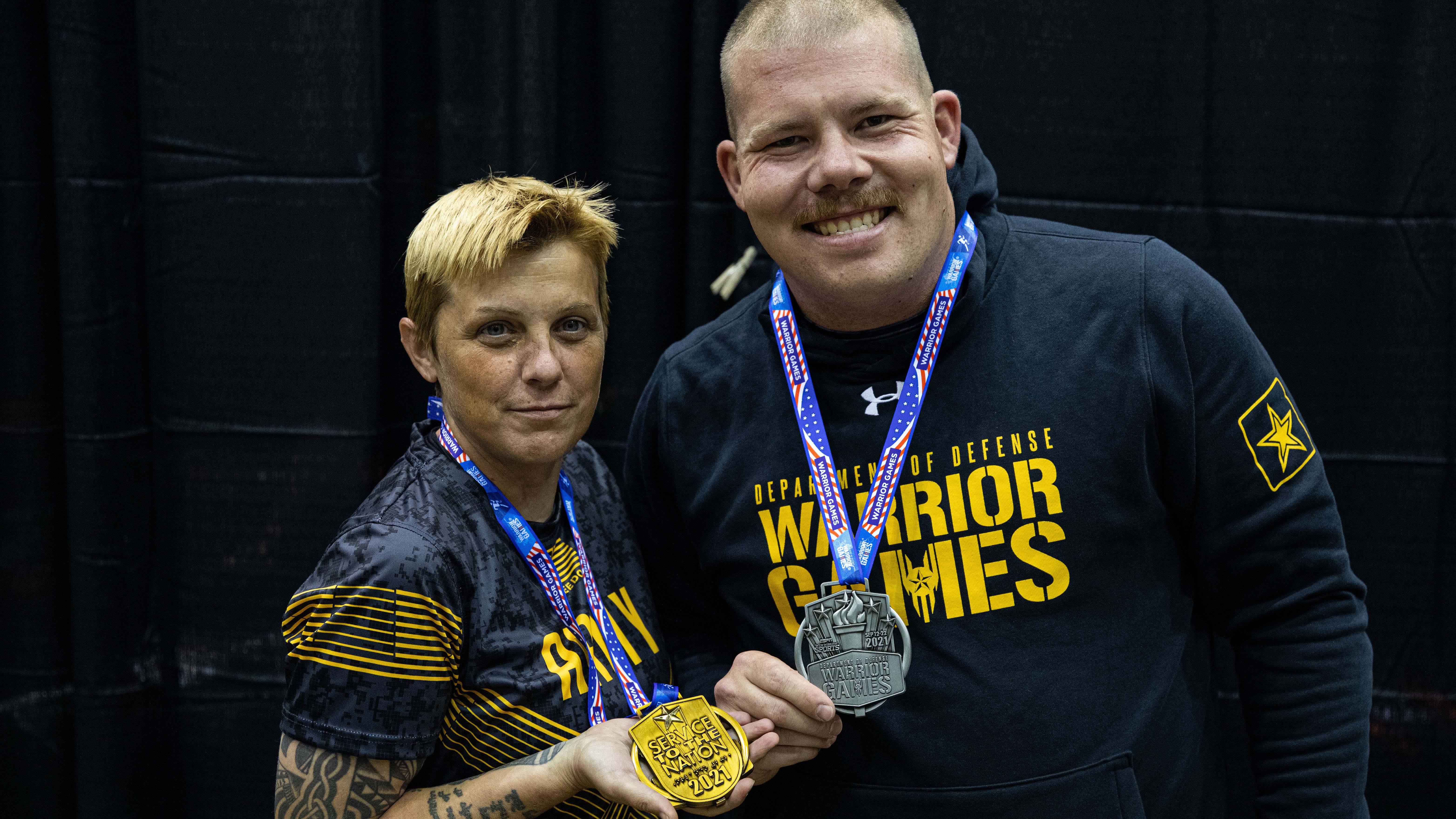 After a two-year hiatus because of COVID-19, Team Army dominated the 2022 Warrior Games, earning more than 130 gold, silver and bronze medals competing against athletes from across the military and around the world.

Team Army’s 63 members competed with more than 300 athletes from across DoD, Canada and Ukraine Aug. 19-28 in Orlando, Florida, according to the Army Recovery Care Program.

The Warrior Games celebrate the “resiliency and dedication of wounded, ill, and injured active duty and veteran U.S. military service members,” according to the DoD Warrior Games website. The games were first held in 2010.

Team Army amassed at least 131 medals in a variety of adaptive sports, including archery, cycling, track and field, indoor rowing, powerlifting, shooting and swimming, according to a tweet from the Army Recovery Care Program.

“A thousand percent adaptive sports have helped her. She is calmer, more focused and happier,” Englert’s sister Bobbi Pominville told the Army. “The way she talks about all the therapies … from adaptive sports to equine therapy and glass blowing or art therapy, they all make a difference in the way she lives today.”

For retired Maj. William Hammac, a former aviation officer who was injured by shrapnel in a missile blast while deployed to Iraq, adaptive sports have been a source of healing.

“It was later discovered I had cognitive issues from [traumatic brain injury], but I was able to finish my career. I followed the Warrior Games and decided I had to try it and try to make Team Army,” he told the Army. “Shooting also helps tremendously with conquering my TBI issues. … A lot of people would probably give up and not do anything, but not here. These athletes are thriving because of adaptive sports.”

Beyond the medals, Team Army won because the athletes embody the spirit of the Warrior Games, retired Lt. Col. Robert Whetstone wrote in an Army news article.

“One of our athletes had a terrible crash in a cycling race. With road rash on her body, she got back up on her broken bike, entered her next race, and the team cheered her on,” he said. “She didn’t win a medal, but she won the race. That is the spirit of Warrior Games.”