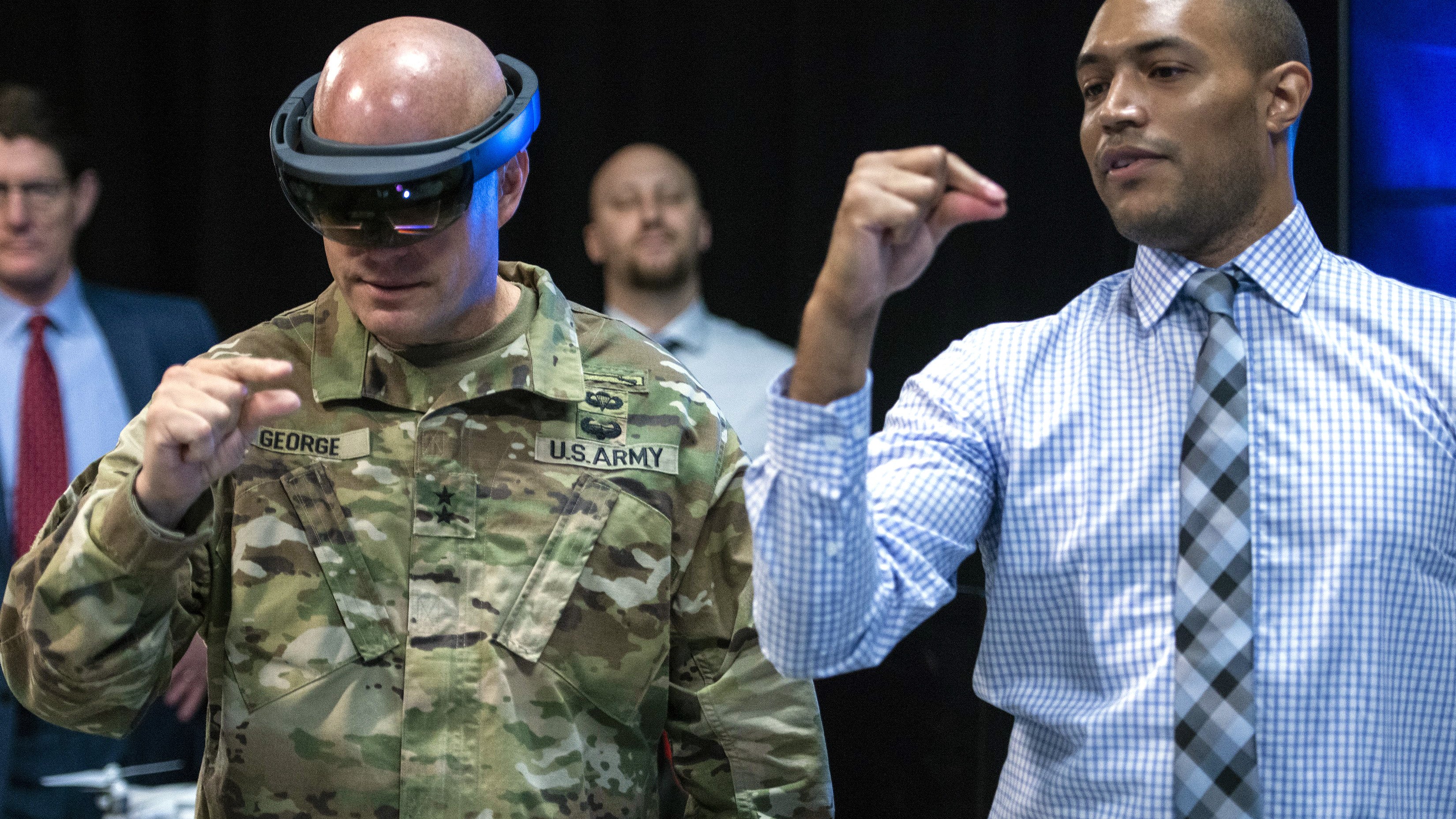 Speaking Oct. 15 during a Warriors Corner presentation at AUSA Now, the 2020 virtual annual meeting of the Association of the U.S. Army, Gervais said her team is working closely with academia, government and industry partners.

The work  “will revolutionize Army training by rapidly expanding virtual and simulation capabilities down to battalion and company level,” she said. The virtual trainers will “provide realistic, complex training to improve unit readiness through repetition, wherever soldiers need to train, whether that's on installations, armories or deployed locations,” she said.

Gervais highlighted the team’s signature effort, known as One World Terrain, which she described as a program that can generate geo-specific, three-dimensional terrain for use in training, simulation and systems.

One World Terrain is currently envisioned to be game engine that can provide data to soldiers and commanders anywhere in the world where they might deploy or fight. It is being developed in unison with the broader Army Geospatial Enterprise to help ensure validity and accuracy of the 3D data and tools.

“Although we initially envisioned the One World Terrain addressing a training gap, what we have found by putting our initial prototypes into the hands of soldiers and units at our combat training centers and in our training exercises was that our 3D terrain effort could be used to meet not only training but also operational and targeting requirements,” she said.

She added, “As a tactical tool, One World Terrain 3D terrain data will be available at the point of need, enabling soldiers to plan and rehearse on the terrain where they will fight while also supporting targeting, planning fires, mission rehearsal, after-action review and autonomous maneuver of air and ground platforms.”

Terrain is a “core element” of the initiative, she said. “The National Defense Strategy characterizes the future fight as one with greater speed, growing autonomy and an increasingly dispersed footprint in a denied environment,” she said. “Whoever is able to see first, analyze, understand and process first, decide and act first will win, and our assessment is that the 3D terrain will be an integral part of Project Convergence multidomain operations and the Joint All-Domain Command and Control concept.”