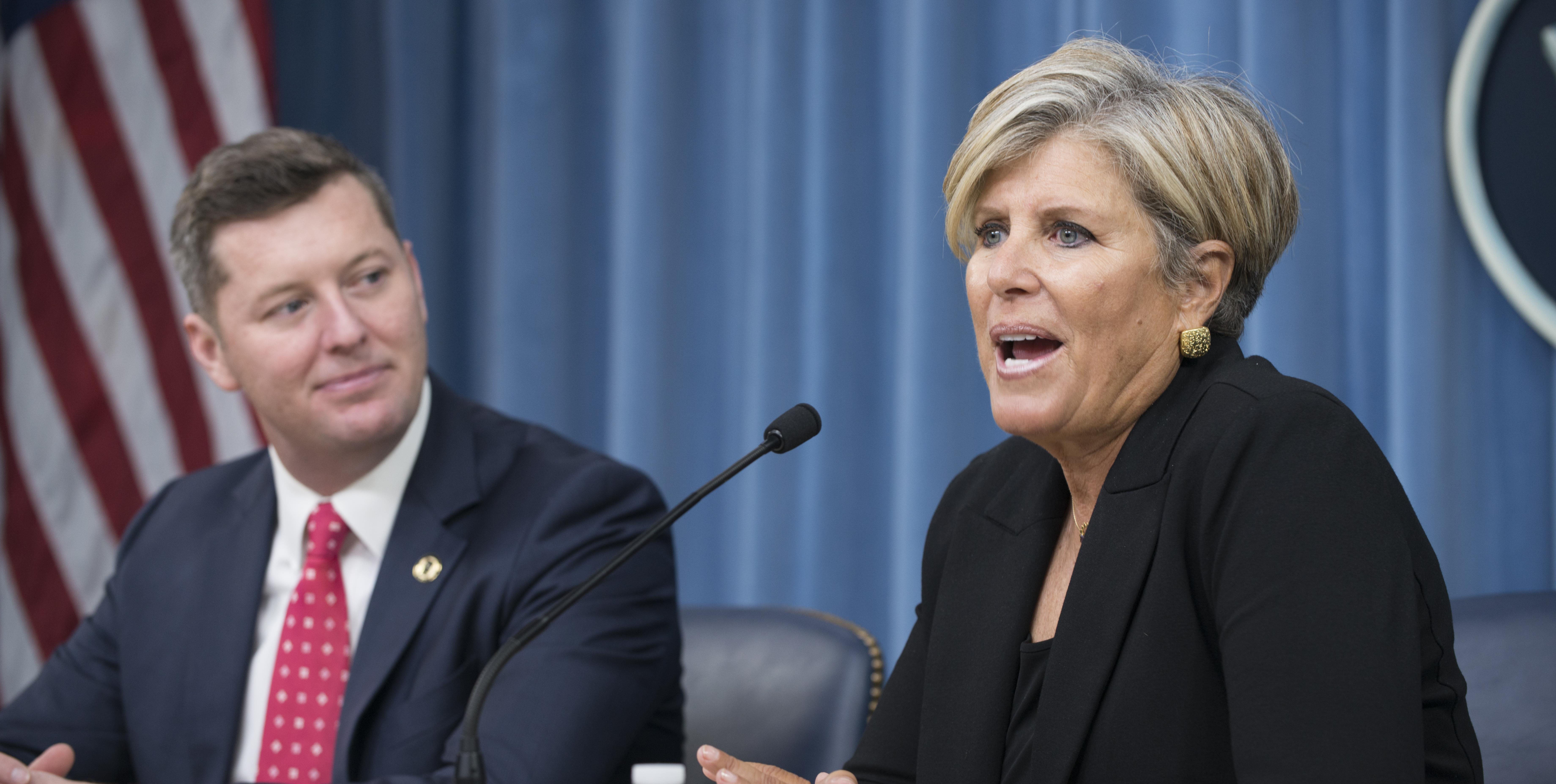 The Army is teaming with personal finance expert Suze Orman to help soldiers and their families more smartly manage their money.

“I want to be your own personal financial adviser … for free! I want to make sure that you are as financially ready as you are ready in every other aspect of your life,” Orman said during a recent news conference with Undersecretary of the Army Patrick Murphy that was carried live on Murphy’s official Facebook page.

Murphy said the new partnership is about “helping our soldiers make sure their fiscal house is in order.”

Noting that 81 percent of troops don’t serve long enough to qualify for military retirement benefits, Murphy said, “What we’re trying to do with Suze is be proactive, and let soldiers know what tools are out there to set themselves and their families on a better fiscal path … so that when they leave, they’re ahead of the game.”

Orman said she is making her online personal finance course available to soldiers for free at her website, www.suzeu.com, where they should use the gift code “USA.” The course, which normally costs $54, consists of seven lesson plans that delve into various aspects of personal finance. Users may also enter a sweepstakes drawing for a $5,000 prize each time they complete a lesson.

Orman stressed that the Army is not paying her for this initiative. She said she’s doing it pro bono because “there comes a time in life when everybody has to serve their country. It’s time for me to serve.”

She said she would entertain the idea of touring Army installations worldwide to deliver her personal finance message directly to soldiers. “There’s nothing like eye-to-eye contact,” she said.

In her career, Orman has worked as a financial adviser for Merrill Lynch and as vice president for investments at Prudential Bache Securities before founding the Suze Orman Financial Group in 1987. She hosted her own TV show on CNBC from 2002 to 2015, winning two Emmys, and is a New York Times bestselling author of several books on personal finance.