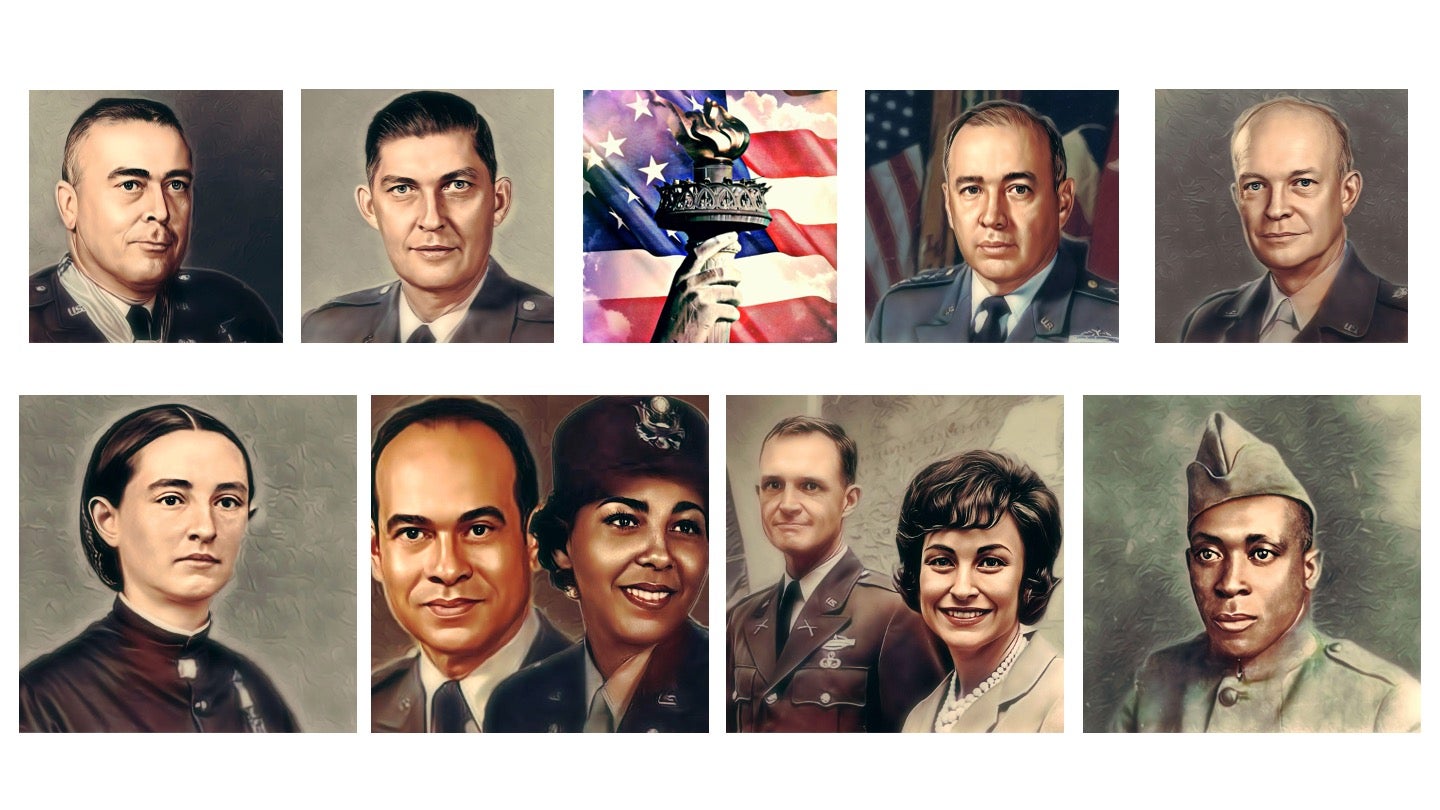 Photo by: The Naming Commission

Fort Moore, Fort Liberty, Fort Eisenhower, Fort Walker and Fort Cavazos are among the names being recommended by the commission tasked with renaming nine Army posts named for Confederate leaders.

The names announced May 24 will be included in the commission’s final report to Congress, which is due Oct. 1.

“The naming commission sought to find names that would be inspirational to the soldiers and civilians who serve on our Army posts, and to the communities who support them,” retired Navy Adm. Michelle Howard, the commission chair, said in a statement. “We realized that we had more heroes than we did bases to name. And we were overwhelmed with the greatness of the American soldier—from those who gave their entire adult lives to the Army, to those who sacrificed themselves in valorous acts. We were reminded that courage has no boundaries by man-made categories of race, color, gender, religion or creed.”

Here are the commission’s recommendations:

For more information on the recommendations and why the names were chosen, click here.

The recommendations are the result of a monthslong effort that yielded 34,000 submissions through community engagements and a public comment period on the commission’s website. In those submissions were 3,670 unique names.

The eight-member commission, which includes two retired Army general officers and a former drill sergeant, reviewed the list, aided by extensive research by a team of historians, to narrow the options to fewer than 100 names.

“From privates to generals, we found hundreds of military members who exemplified the core values of the Army,” Howard said a statement. “As we visited installations, we were touched by the contributions of the soldiers' families and community groups who support them. They work faithfully and tirelessly alongside our military members.”

The commission’s goal was to “inspire today's soldiers and the local communities with names or values that have meaning,” Howard said. “These names we are recommending embody the best of the United States Army and America.”

The commission was mandated by the 2021 National Defense Authorization Act, and the law contains a detailed three-year process for renaming or removing Confederate names from U.S. military installations. Army forts named for Confederate generals have received the most attention, but the law also applies to ships, buildings, streets, parks, monuments or any other display.

After providing a final report to Congress by Oct. 1, the defense secretary must implement the plan by Jan. 1, 2024.