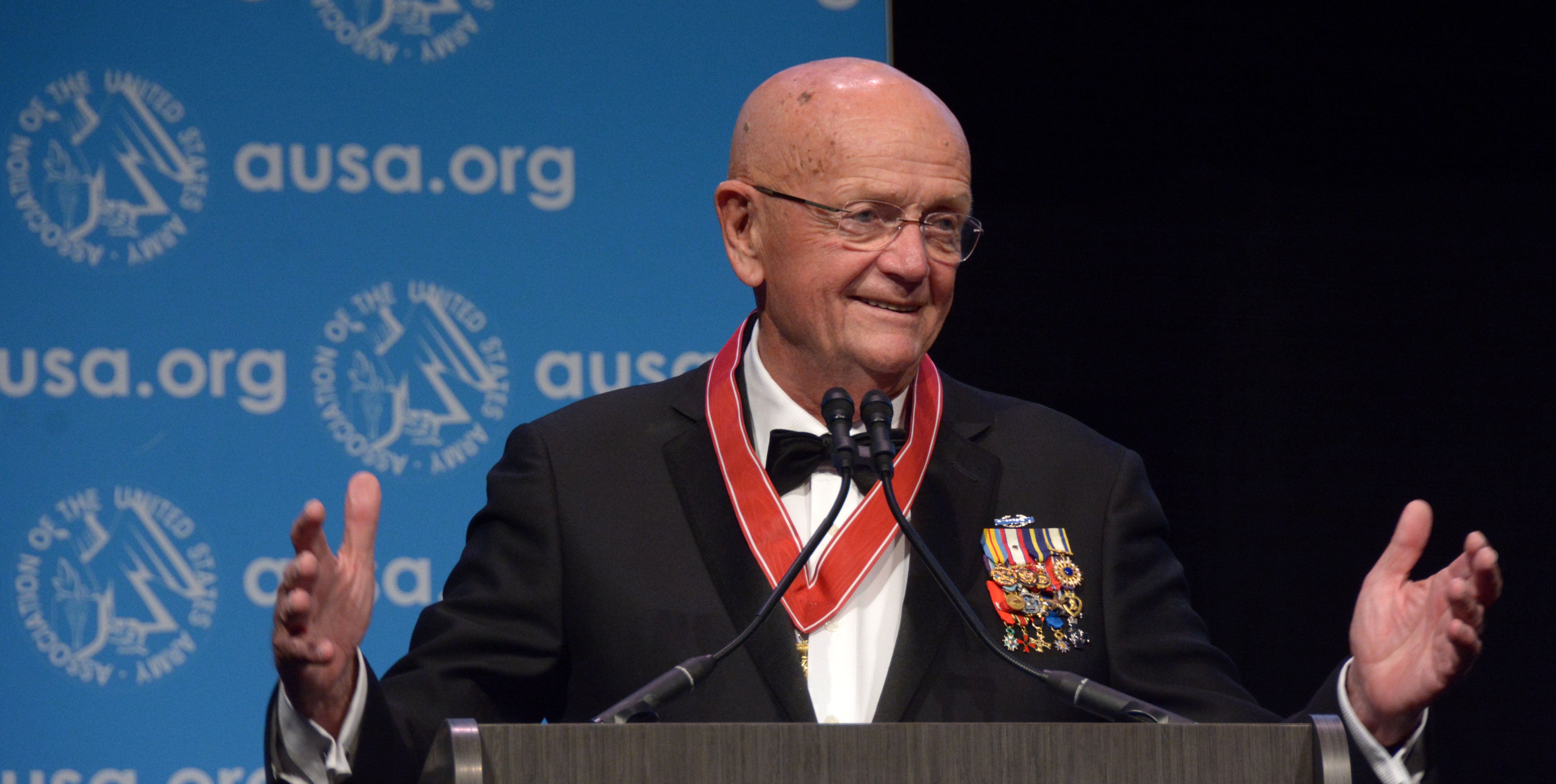 The 2016 Annual Meeting and Exposition of the Association of the U.S. Army concluded Oct. 5 with retired Army Gen. Gordon R. Sullivan accepting the association’s highest award.

The former AUSA president and CEO and former Army chief of staff received the General George Catlett Marshall Medal for a lifetime of selfless service to the U.S. Army and the nation.

The award is presented annually by AUSA’s Council of Trustees. Council Chairman Nicholas D. Chabraja said he was “especially proud to honor one of our own,” and called Sullivan “one of the Army’s most revered generals.”

Sullivan said it was “humbling to accept an award named for the 20th century’s greatest soldier statesman” and called Marshall “a role model for all of us. He loved the Army, and he loved America.”

Marshall, he said, “worked hard to make himself the best possible servant of our nation’s needs, whether as a young staff officer in the Philippines, commandant of the Infantry School, chief of staff of an Army at war, or a Cabinet officer.  All of us can learn from his example.”

Marshall was among one of the most outspoken military leaders who warned about the risk of reducing defense resources between wars, Sullivan said, noting that just a few weeks after Marshall became the Army chief of staff, he was testifying about his concerns before Congress. Marshall told Congress, “When there was time, there was no money. Now there is money but no time.”

Sullivan said he faced the same situation when he became Army chief of staff at the end of the Cold War, and that the Army faces the same problem again today. “Our political leaders must remain aware of the enormous difficulties, the enormous risk, our nation faces when readiness is lacking,” Sullivan warned.

After five decades of service to the Army and AUSA, Sullivan said he had no regrets. “I would do it all over again,” he said. “I am proud to be an American soldier.

The Marshall Dinner, where Sullivan received the award, culminated the three-day annual meeting at the Walter E. Washington Convention Center in Washington, D.C., an event attended by about 25,500 people.