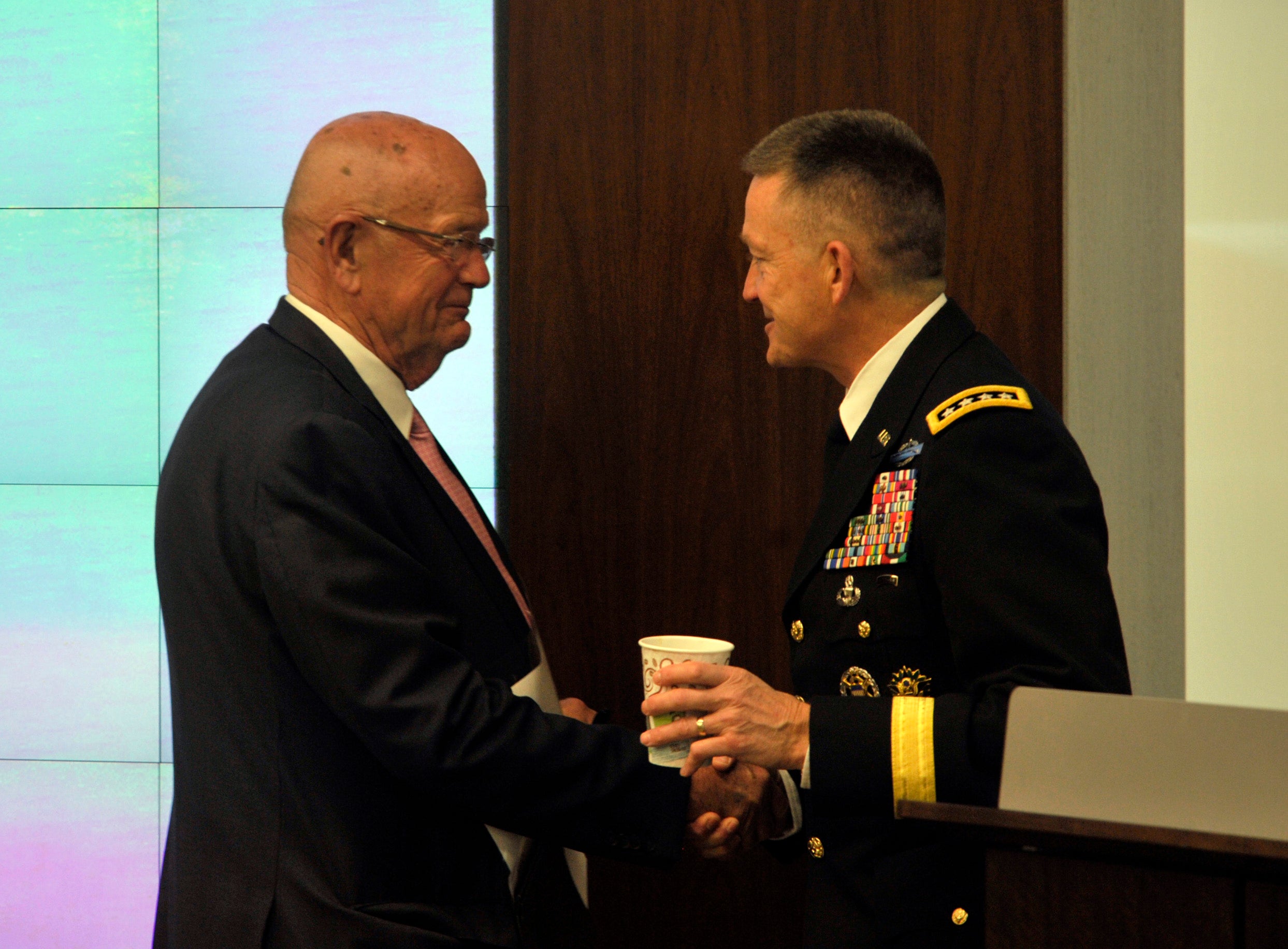 The president and CEO of the Association of the U.S. Army was lauded Tuesday by Army Vice Chief of Staff Gen. Daniel B. Allyn as "a national treasure.'' Allyn said Gen. Gordon R. Sullivan, AUSA's leader for 18 1/2 years, has "provided critical leadership" to the nonprofit educational association and has shown "deep personal appreciation" for soldiers and their families for more than six decades. "That is longer than I have been alive," said Allyn, who was born in 1959. "I bet you are glad I mentioned that," Allyn said in remarks at a breakfast forum hosted by AUSA's Institute of Land Warfare. Sullivan, born in 1937, will step down on June 30 as AUSA's top executive. He served in the U.S. Army for 36 years before he retired in 1995, rising to serve as the 32nd Army chief of staff. Retired Army Gen. Carter F. Ham will succeed Sullivan as AUSA's president and CEO.