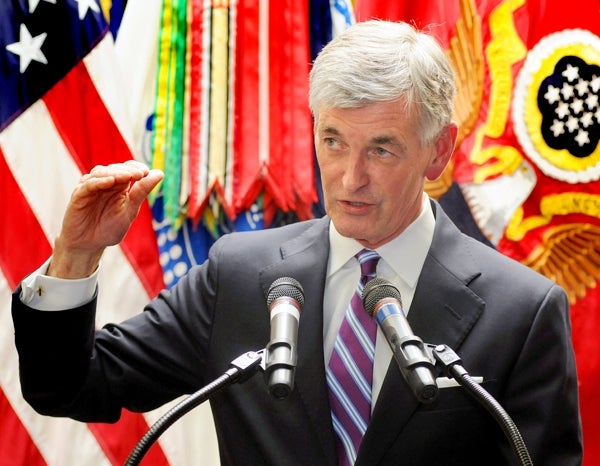 John McHugh will be remembered for more than just being the second longest-serving Secretary of the Army.In his 6½ years in office, he has shown a deft touch for dealing with soldiers and their families in often difficult times, and was a strong advocate for soldiers before Congress, where his warnings about pain and risk facing the Army were never heeded enough for our liking.McHugh saw, as we do, that one of the biggest threats to our future is the daunting challenge of war that never ends, where there is no time to regroup, catch a breath and prepare for the next fight.