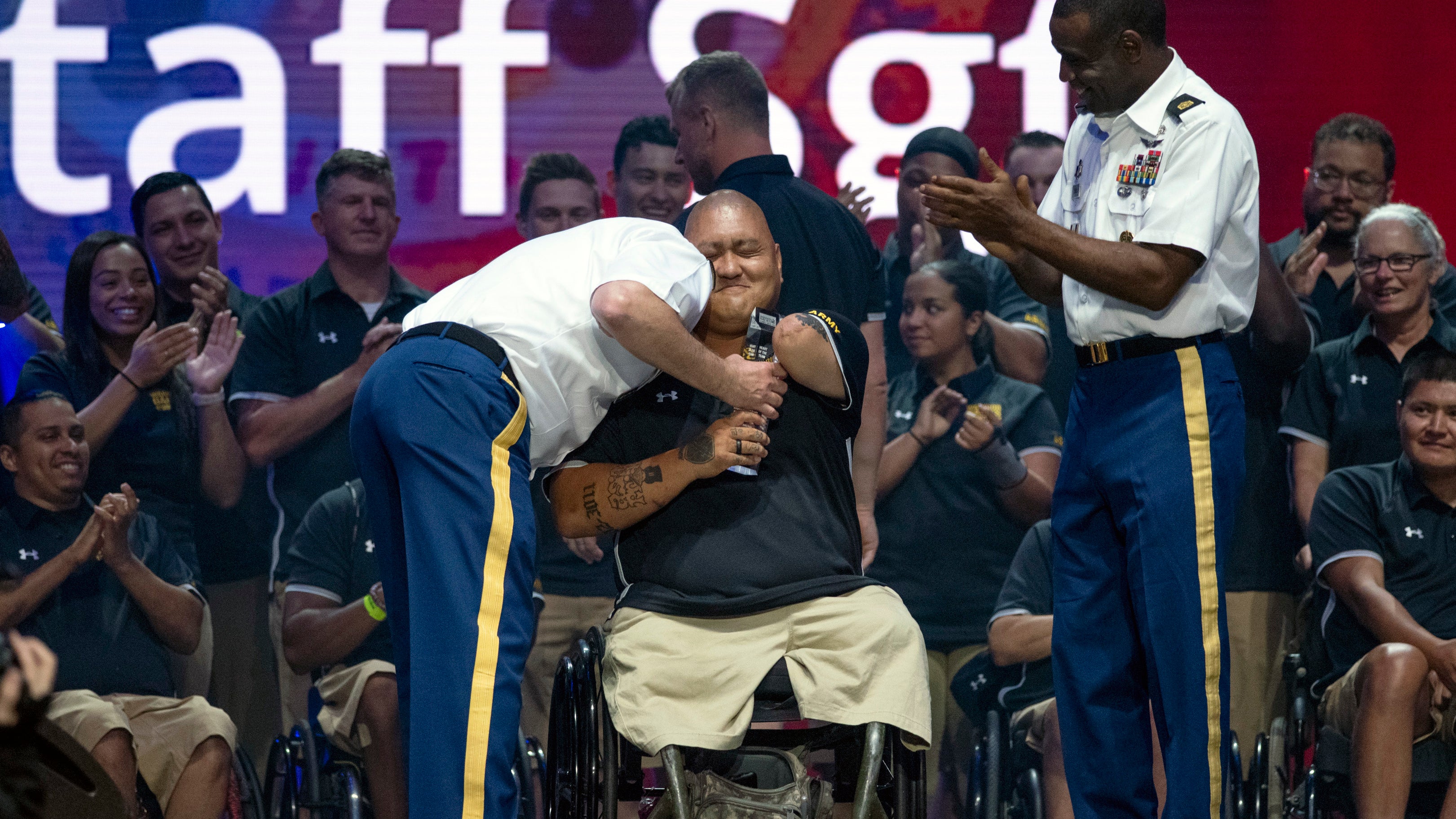 More than 300 competitors took part in the 10th annual Warrior Games competition, held this year in Tampa, Florida, and hosted for the first time by the U.S. Special Operations Command.

The Army’s team of about 100 competitors included soldiers from the Regular Army, Army National Guard and Army Reserve and veterans.

Staff Sgt. Matthew Lammers received the Army’s Heart of the Team award for his attitude, resilience and selfless support. Lammers lost both legs and left arm in Iraq in 2007 from the blast of an improvised explosive device. A cross-country runner and basketball player in high school, he has used swimming as exercise and therapy.

During the 2019 games, Lammers also won gold medals in the seated shotput and seated discus. He captured attention at the Warrior Games by wearing a sign painted on his back wishing his daughter, Jaelen, a happy 13th birthday.

Team Army also won a bronze medal in the highly competitive wheelchair basketball competition, defeating Team Marines 61-51. Turner was part of the Army team, and she described the victory as a big comeback after being defeated earlier by Navy. Army’s high scorer was retired Spc. Brent Garlic, with 27 points. “Team positivity was the key in this matchup,” Garlic said.

The 2020 Warrior Games will be hosted by the U.S Army in San Antonio, Texas.