Speed is Vital on Capability Advances

Speed is Vital on Capability Advances 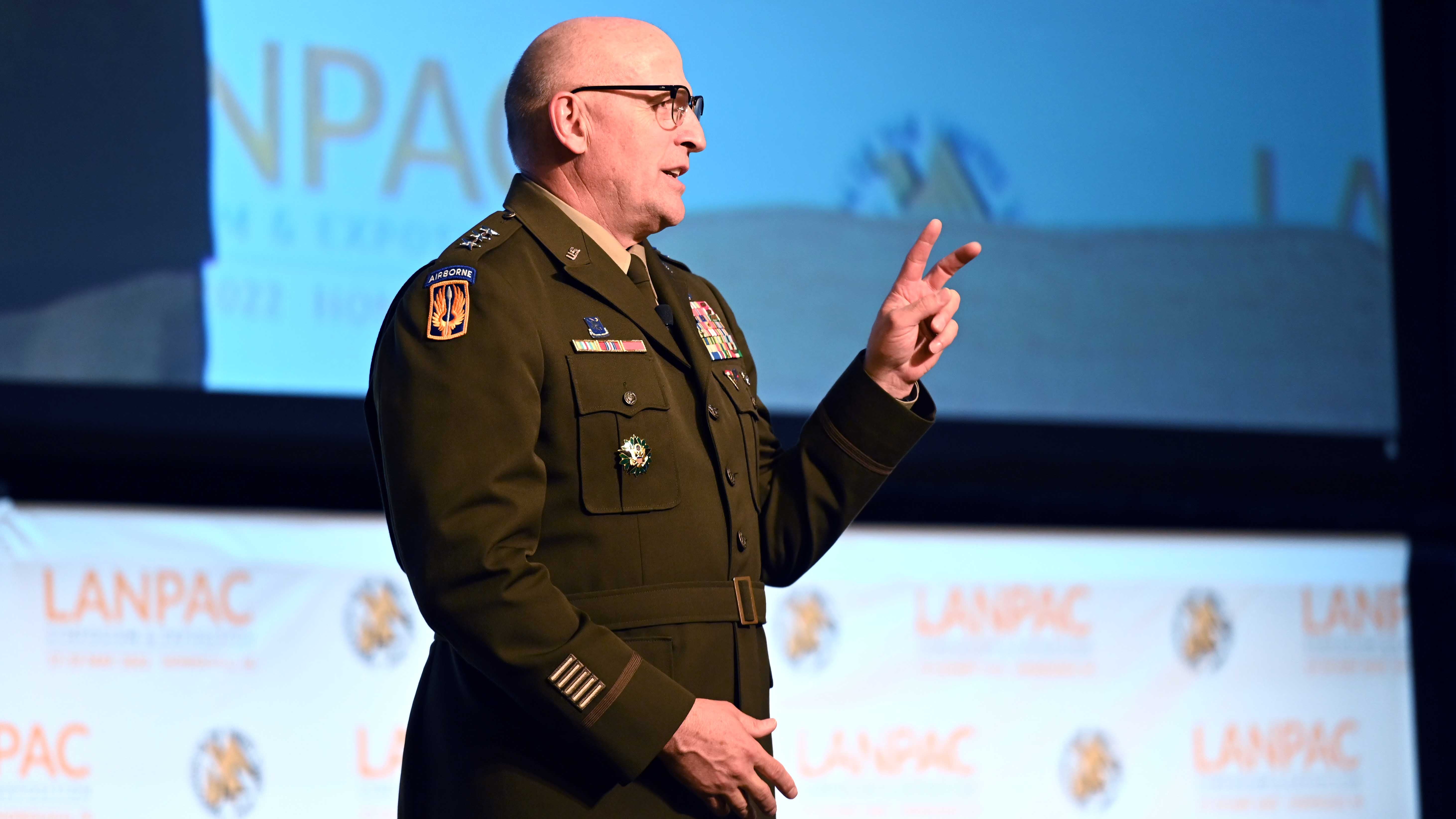 Technological advances need to accelerate at the same pace as evolving doctrine if the U.S. hopes to stay ahead of global warfighting competitors, Lt. Gen. L. Neil Thurgood said May 19.

Speaking at the Association of the U.S. Army’s LANPAC Symposium and Exposition in Honolulu, the Army’s director of hypersonics, directed energy, space and rapid acquisition—all things involving rapid action—said the key to success will be to “accelerate ideas in the operational world and the doctrinal world.” Those ideas must also be meshed with the materiel world in terms of what industry can put into the hands of soldiers.

Speed, he said, is key. That requires having a common understanding and vision of outcomes in order to achieve rapid advances.

Traditionally, capabilities advances come from a process that “is a bit laborious. Sometimes it is not as fast as we need it to be,” he said.

Today, “we are under the biggest modernization strategy since 1940,” he said, describing efforts as more than just prototyping equipment. Instead, the Army science and technology community is involved in invention and demonstration.

When the process works, it can get new equipment and capabilities into soldiers’ hands far faster than in the past, he said. Not everything will work, but Thurgood said he subscribes to the notion of failing fast and failing early to not waste time and money. It is also wise to get soldiers’ input early and often on any equipment, weapons and vehicles.

Thurgood said the central idea is to move quickly, try it and give it to a combat unit. “You are not trying to make it perfect,” he said. “You can improve it later.”