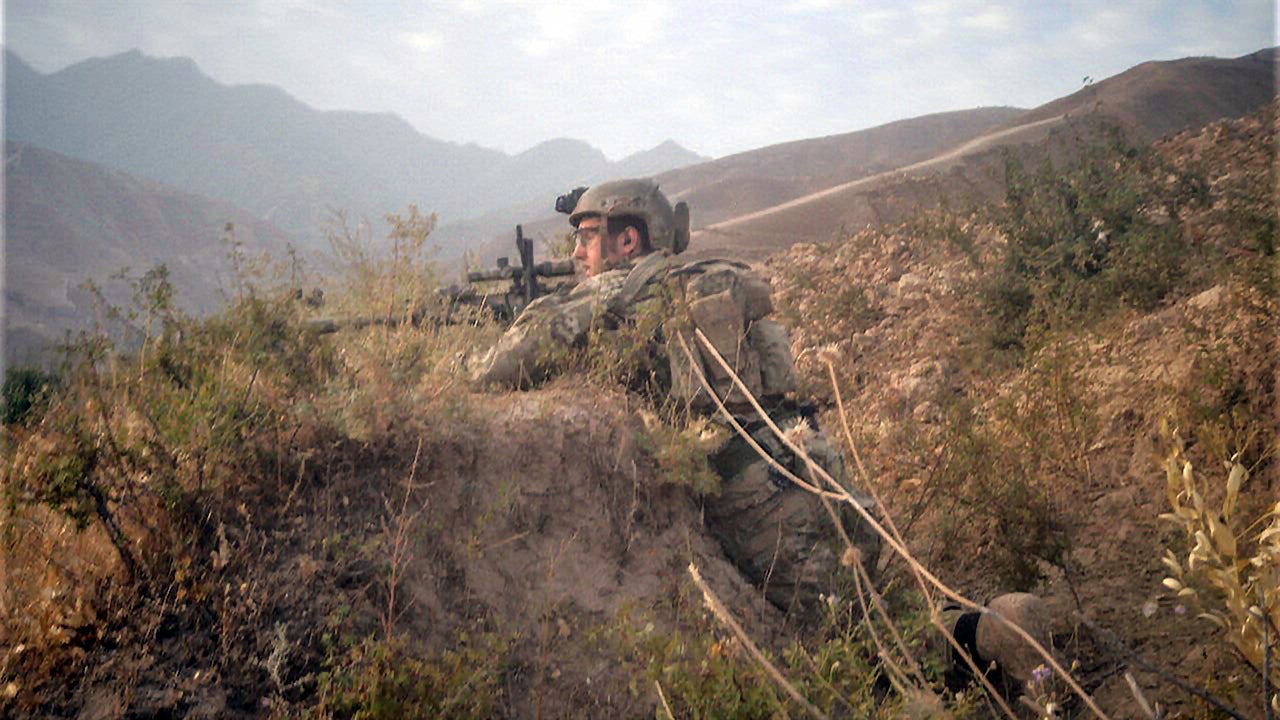 A special operations soldier will receive the Medal of Honor for his role in a daring hostage rescue mission in 2015 in Iraq, while a second soldier could posthumously be awarded the nation’s highest award for valor for his actions in 2005.

Sgt. Maj. Thomas Payne will receive the Medal of Honor on Sept. 11 during a ceremony at the White House.

Payne, an Army Ranger assigned to Army Special Operations Command who has deployed 17 times, will be the seventh service member—and second living recipient—to receive the nation’s highest valor award for actions in Iraq.

A posthumous Medal of Honor could be awarded later this year to Sgt. 1st Class Alwyn Cashe, who died in 2005 from wounds suffered while trying to rescue his fellow soldiers from a burning Bradley Fighting Vehicle in Samarra, Iraq.

In an Aug. 24 letter to Congress, Defense Secretary Mark Esper said he supports upgrading the Silver Star awarded to Cashe to the Medal of Honor. Congressional approval is needed for the Medal of Honor to be awarded more than five years after the heroic action. The award must then be approved by the president.

Cashe and his soldiers from the 3rd Infantry Division’s 1st Battalion, 15th Infantry Regiment, were on patrol in Samarra on Oct. 17, 2005, when their Bradley was hit by a roadside bomb.

Cashe, who wasn’t wounded in the initial blast, suffered second- and third-degree burns over 70% of his body when he ran back into the Bradley multiple times to rescue soldiers trapped inside, the Associated Press reported. He died Nov. 8, 2005, at Brooke Army Medical Center in San Antonio.

On Oct. 22, 2015, Payne, then a sergeant first class, was an assistant team leader on the mission to rescue more than 70 Iraqi hostages being held by the Islamic State group in a prison compound in the northern Iraq town of Hawija.

The mission, which included Kurdish Special Forces partners, took on added urgency when the special operations task force learned that freshly dug graves had been spotted, and commanders feared the hostages would likely be executed soon.

“From that point, it was our duty to bring those men home,” Payne, now 36, said in a video released by the Army.

When his element arrived at the compound, “it’s a complete brown-out, part of the compound was already in a pretty intense firefight,” Payne said.

“With speed, audacity and courage, he first led his team as they quickly cleared the assigned building, liberating 38 hostages,” according to the White House.

“You could see their faces light up,” Payne said. “They’ve been liberated. Some are crying, some are excited. And in all that’s going on, there’s still an intense firefight going on in the next building. You can see the flames; you can hear the explosions.”

Payne then heard a call on the radio for help clearing the other building. “I looked at a teammate and said, ‘Hey, let’s get in the fight. Let’s go,’ ” he said.

Payne and his teammate exposed themselves to enemy fire as they bounded across the compound to the other building, according to the White House.

Payne climbed up onto the building’s roof, which was already partially engulfed in flames, and engaged enemy fighters below with grenades and small arms fire. He then moved to ground level and continued to fight off the enemy through a hole in the west side of the building.

“Once you’re able to control your fear, that’s the bridge to personal courage,” Payne said.

Knowing time was running out for the hostages, Payne entered the building under intense enemy fire, amid smoke, heat and flames, to find the armored door that was imprisoning the hostages, according to the White House.

Payne and other members of his team took turns using bolt cutters to cut the locks on the door. Payne, choking on smoke and heat, reentered the building once again and finally broke through the door, freeing 37 hostages.

He made sure every hostage was safe before evacuating the compound.

It wasn’t until the team returned to their base that they learned Master Sgt. Joshua Wheeler had been killed during the rescue. “His last words before he moved toward the sound of the guns were, ‘On me,’ ” Payne said.

The rescue mission is one of the largest in U.S. Special Operations Command history.

Payne, who joined the Army in July 2002 and in 2012 was part of the duo that won the Best Ranger Competition, said he doesn’t consider himself the recipient of the Medal of Honor.

“I consider myself the guardian of this medal,” he said. “What is important for me is my teammates’ legacies will live on with this Medal of Honor.”