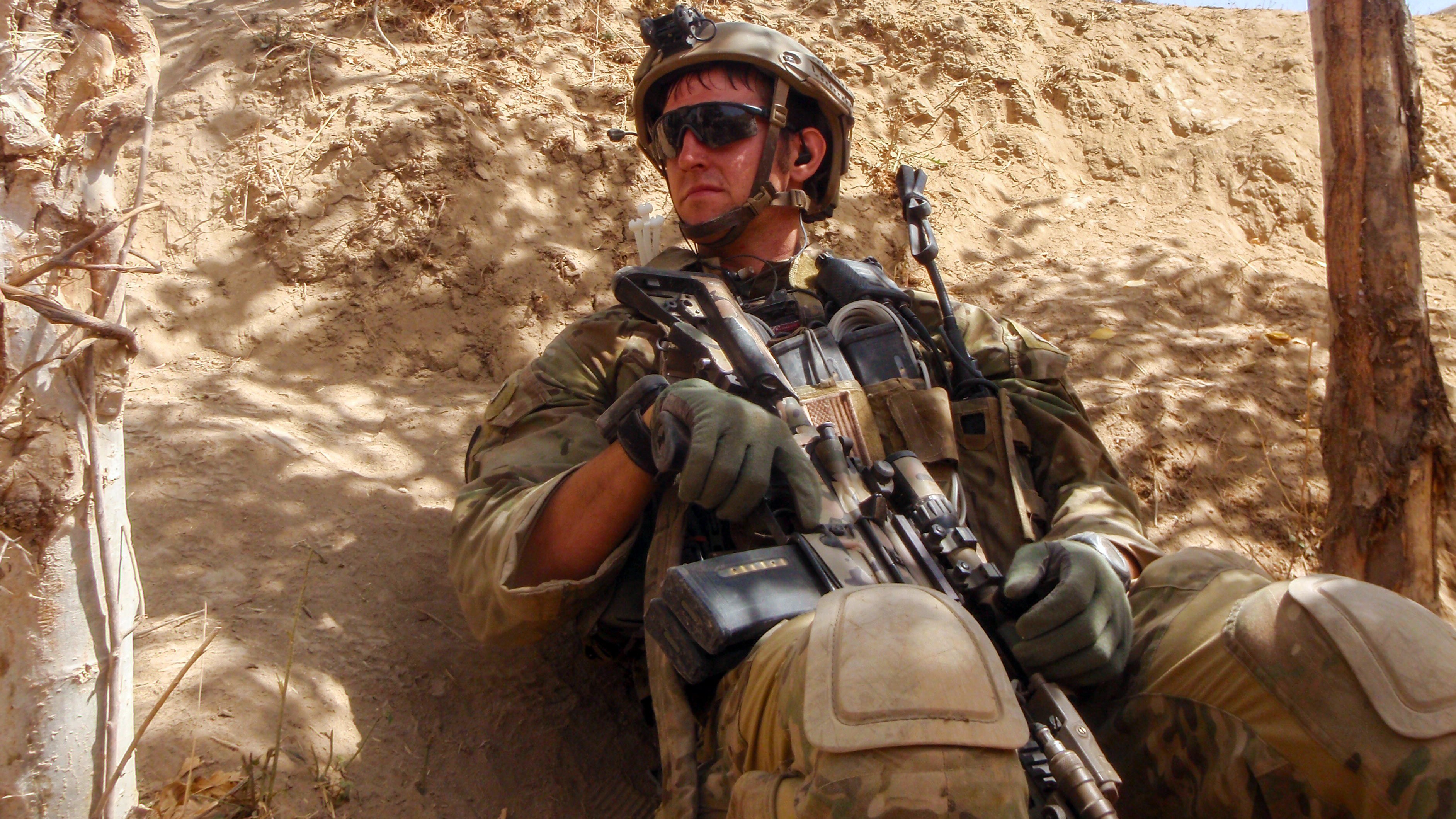 Sgt. Maj. Thomas “Patrick” Payne, a special operations soldier who has deployed 17 times, received the Medal of Honor Sept. 11 for his role in a daring hostage rescue mission in 2015 in Iraq.

Payne received the nation’s highest award for valor during a ceremony at the White House. He is the seventh service member—and second living recipient—to receive the Medal of Honor for actions in Iraq.

“You embody the righteous glory of American valor,” President Donald Trump said to Payne during the ceremony. “We stand in awe of your heroic daring and gallant deeds.”

Trump marveled at the “astounding” number of deployments Payne has served, adding that “today he joins the immortal company of our most revered American heroes. Pat, you personify the motto, ‘Rangers lead the way,’ and you inspire us all.”

On Oct. 22, 2015, Payne, then a sergeant first class, was an assistant team leader on the mission to rescue more than 70 Iraqi hostages being held by the Islamic State group in a prison compound in the northern Iraq town of Hawija.

The mission, which included Kurdish Special Forces partners, took on added urgency when the special operations task force learned that freshly dug graves had been spotted, and commanders feared the hostages would likely be executed soon.

When his element arrived at the compound, “it’s a complete brown-out, part of the compound was already in a pretty intense firefight,” Payne said.

The NCO, who joined the Army in July 2002 and cites the Sept. 11, 2001, attacks as a defining moment that spurred him to serve, quickly led his team to clear their assigned building, freeing 38 hostages.

“You could see their faces light up,” Payne said. “They’ve been liberated. Some are crying, some are excited. And in all that’s going on, there’s still an intense firefight going on in the next building. You can see the flames; you can hear the explosions.”

Payne then heard a call on the radio for help clearing the other building. “I looked at a teammate and said, ‘Hey, let’s get in the fight. Let’s go,’ ” he said.

Payne and his teammate exposed themselves to enemy fire as they bounded across the compound to the other building, according to the White House.

Payne climbed up onto the building’s roof, which was already partially engulfed in flames, and engaged enemy fighters below with grenades and small arms fire. He then moved to ground level and continued to fight off the enemy through a hole in the west side of the building.

Knowing time was running out for the hostages, Payne entered the building under intense enemy fire, amid smoke, heat and flames, to find the armored door that was imprisoning the hostages, according to the White House.

Payne and other members of his team took turns using bolt cutters to cut the locks on the door. Payne, choking on smoke and heat, reentered the building once again and finally broke through the door, freeing 37 hostages.

He made sure every hostage was safe before evacuating the compound.

It wasn’t until the team returned to their base that they learned Master Sgt. Joshua Wheeler had been killed during the rescue. “His last words before he moved toward the sound of the guns were, ‘On me,’ ” Payne said.

Payne is “the first to remind us that he was not alone that day,” Trump said, as he acknowledged Wheeler’s wife, Ashley, who attended the ceremony.

“Our nation endures because fearless warriors like Josh are willing to lay down their lives for our freedom. Our children can grow up in peace because Josh had the courage to face down evil,” Trump said. “Our debt to him and to you is everlasting. We will honor him forever.”

The rescue mission is one of the largest in U.S. Special Operations Command history.

Payne, who overcame a near career-ending injury when he was wounded in a grenade blast in Afghanistan in 2010 and just two years later was part of the duo that won the Best Ranger Competition, was quick to credit his teammates for the successful hostage rescue mission.

“It was an honor for me to serve with my teammates that night,” he said. “Personal courage is contagious on the battlefield. We were just feeding off one another.”

He added: “Just going back to a normal day at work, that’s what I’m looking forward to.”