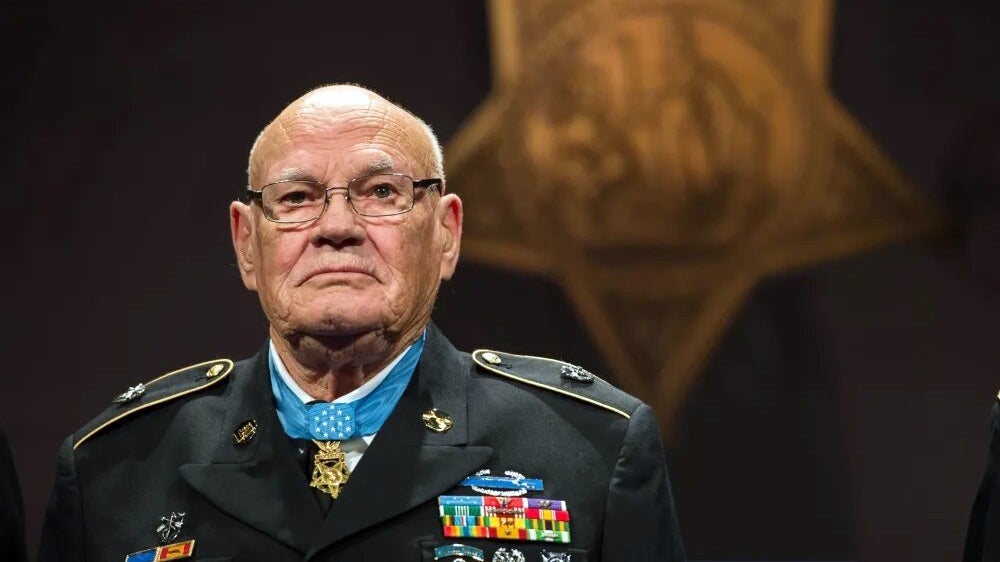 Retired Command Sgt. Maj. Bennie Adkins, a recipient of the Medal of Honor for heroism during the Vietnam War, died at age 86 following respiratory failure from the COVID-19 virus.

“We are deeply saddened to notify you that after a courageous battle with COVID-19, Command Sergeant Major Bennie G. Adkins departed this life today, with beloved family at his bedside,” an April 17 statement from the Bennie Adkins Foundation said.

Adkins, from Waurika, Oklahoma, was drafted into the Army in 1956 and served more than 20 years. In spring 1966, during his second of three deployments to Vietnam, Adkins and his teammates in the 5th Special Forces Group fought off an attack from a much larger enemy force. Adkins is credited with helping save his fellow soldiers’ lives despite being wounded several times.

He was later awarded the Distinguished Service Cross for his actions, and in 2014, President Barack Obama awarded Adkins the Medal of Honor.

According to his Medal of Honor citation, when their camp was attacked by a large North Vietnamese and Viet Cong force in the early morning hours, Adkins rushed through intense enemy fire and manned a mortar position for the camp, despite incurring wounds as the mortar pit received several direct hits from enemy mortars.

“During the thirty-eight hour battle and forty-eight hours of escape and evasion, fighting with mortars, machine guns, recoilless rifles, small arms, and hand grenades, it was estimated that Sergeant First Class Adkins killed between 135 and 175 of the enemy while sustaining eighteen different wounds to his body,” the citation reads.

“Sergeant First Class Adkins’ extraordinary heroism and selflessness above and beyond the call of duty are in keeping with the highest traditions of the military service and reflect great credit upon himself, Detachment A-102, 5th Special Forces Group, 1st Special Forces and the United States Army.”

Adkins retired in 1978 and went on to earn a bachelor’s degree and two master’s degrees from Troy University.

In 2017, he established the Bennie Adkins Foundation, with the mission “to reward deserving soldiers who have demonstrated the courage, sacrifice, and patriotism inherent in the Special Forces, and aid them as they continue trying to improve themselves through education.”