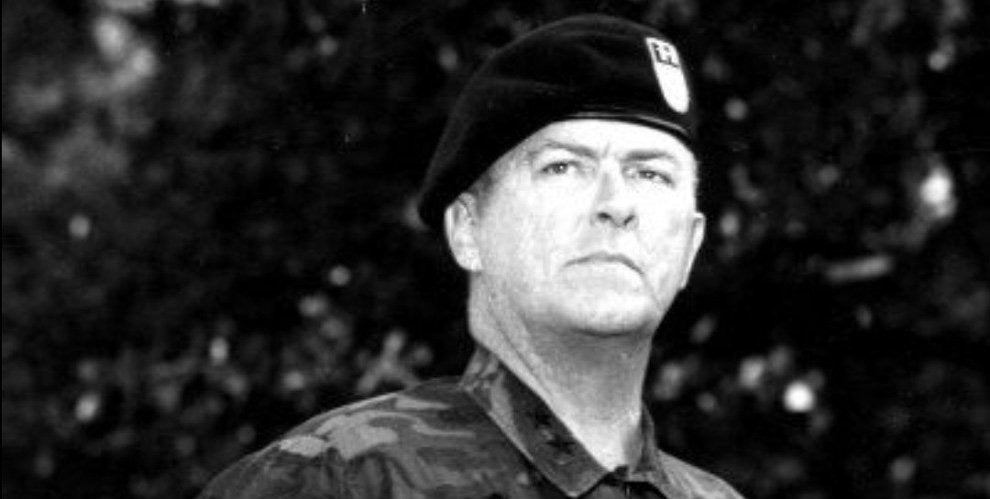 A legendary retired Army Special Forces officer known as “Iron Mike” has died. He was 91.

Maj. Gen. Michael D. Healy, who retired in 1981 after 35 years of service, enlisted in the Army in 1945, in time to serve in post-war Japan. In Korea, he earned a Bronze Star and got his nickname after parachuting into a 1951 firefight where he took command of a decimated platoon when another officer balked, holding onto a hilltop until relief arrived.

He served 5½ tours in Vietnam in a variety of assignments as a senior adviser and liaison, making him one of the first U.S. soldiers in Vietnam in 1963, commanding a so-called MIKE force that was not named for him, but was an abbreviation for Mobile Strike Force Command units made up of indigenous soldiers trained and led by U.S. soldiers. His final tour in Vietnam was in 1972 as a brigadier general who was commanding general of the 2nd Regional Assistance Command Military Region Two, a command he held until U.S. combat forces were ordered out of the country.

Healy commanded the John F. Kennedy Institute for Special Warfare at Fort Bragg, N.C. His final assignment before his February 1981 retirement was as commander of U.S. Army Readiness and Mobilization Region V at Fort Sheridan, Ill., where he had enlisted as a private 35 years earlier.

In a 2015 ceremony in Jacksonville, Fla., where he was named a Distinguished Member of the Special Forces Regiment, Healy said he wasn’t an emotional man but he “never forgets them,” describing the soldiers he served alongside. “Every night, I speak to them,” he said. “I was honored to serve.”

He also said he was “not a not a bit ashamed to cry for what I love, and I loved them, my boys,” referring to his six sons.