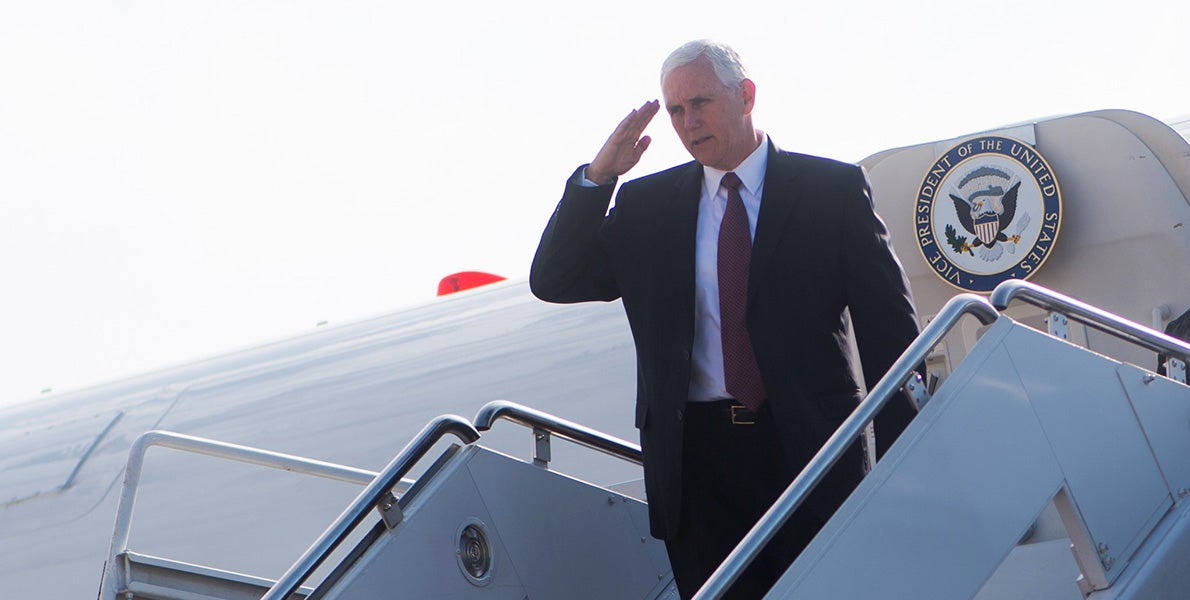 The Trump administration has decided to move ahead with plans to create a Space Force as the sixth branch of the armed services, Vice President Mike Pence announced Aug. 9 at a Pentagon press conference. “The Space Force is the next and natural evolution of American military strength,” he said.

The impact on the Army is not immediately clear because there are many decisions to be made, some requiring congressional approval. The Army Space and Missile Defense Command appears to have overlapping responsibilities with the proposed new branch.

Pence made clear the Space Force would be “separate from and equal to” the Army, Air Force, Navy, Marine Corps and Coast Guard. “Establishing a Space Force is an idea whose time has come,” Pence said. “What was once peaceful and uncontested is now crowded and adversarial.”

“Our adversaries have transformed space into a warfighting domain already,” Pence said. “The United States will not shrink from this challenge.”

The timeline is short, with a goal of establishing the separate Space Force by 2020, Pence said. To do this, the Defense Department would have to include proposed legislation and funding for the new service in the budget sent to Congress in early 2019. “Creating a new branch of the military is not a simple process. It will require collaboration, diligence and, above all, leadership,” Pence said.

As an interim step, the Trump administration would create the U.S. Space Command, the 11th combatant command. This will be a four-star command responsible for military operations in space, ensuring integration across the services and developing warfighting doctrine and tactics, Pence said.

Additionally, a new position will be created for an assistant defense secretary for space. A job in the future should be Space Force secretary, Pence said.

“The time has come to write the next great chapter in the history of the armed forces and prepare for the next battlefield,” Pence said.