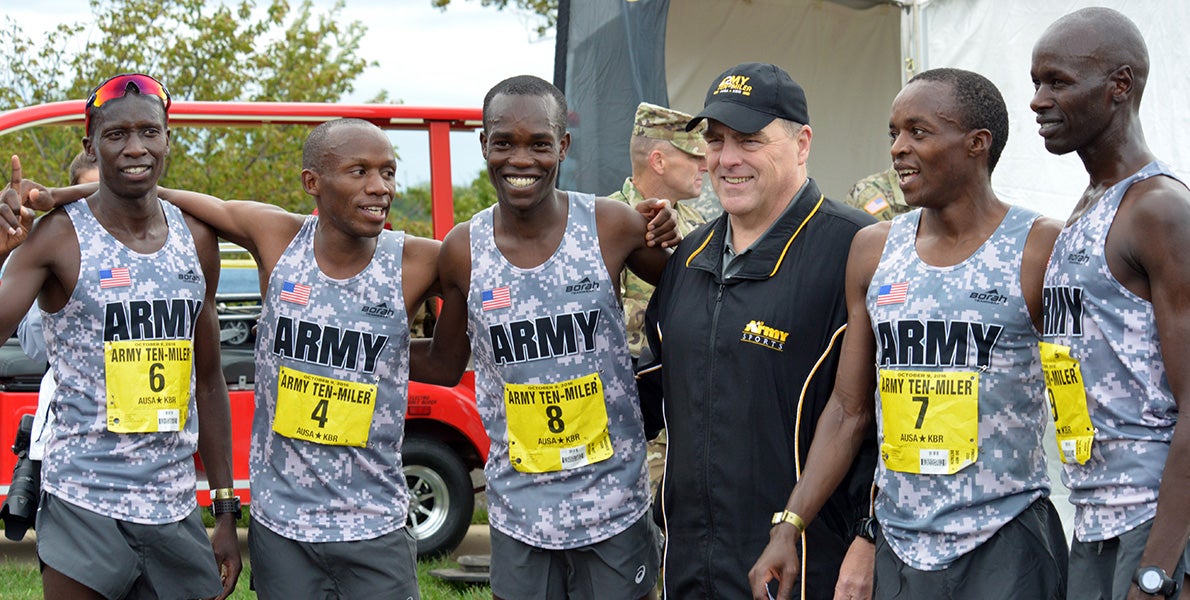 It was a big day for Army runners at the 32nd Army Ten-Miler, with Sgt. Augustus Maiyo leading a group of five soldiers who were first across the finish line.

About 35,000 people took part in a race that started in a stiff wind and light rain as the aftermath of Hurricane Matthew reached Washington, D.C.

Maiyo’s winning time was 48:20, just ahead of Army Spc. Robert Chesert, a fellow Kenyan-American who is also part of the Army’s World Class Athlete Program.

Maiyo did not set a course record, likely because of an 18 mph headwind on part of the course, race officials said. The record is 46:59, set in 2009 by Alene Reta.

The fastest finish on the course was by hand cyclist Ken Bestine, an Army veteran, who clocked in at 33:44.

The fastest active-duty team was a group from Fort Bragg, N.C., finishing with a time of 3:31:46. That was about three minutes faster than an IMCOM-E/USAREUR team.