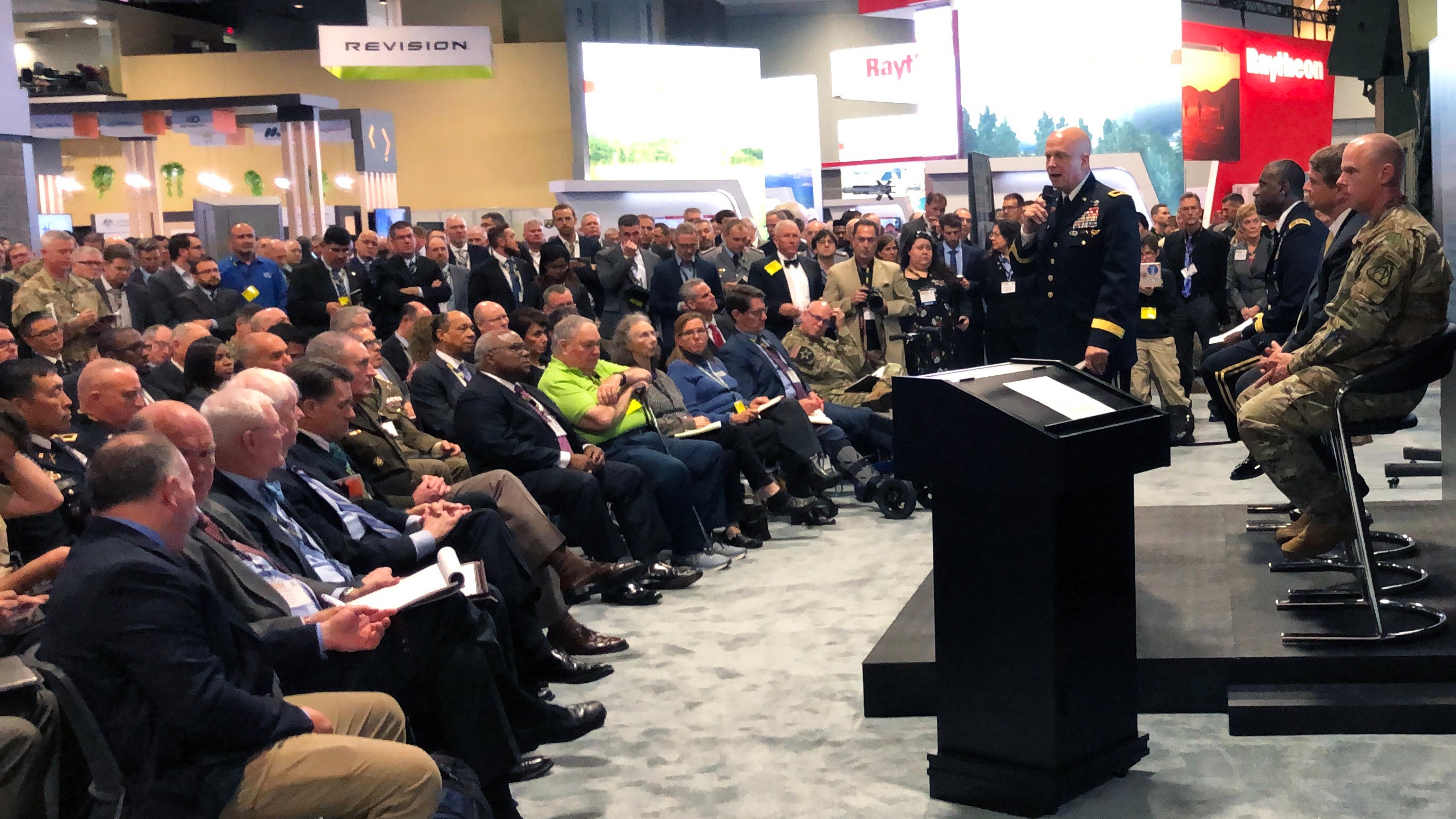 Photo by: Scott Gourley for AUSA

The Army’s Next Generation Combat Vehicle team utilized the AUSA 2019 Warriors Corner Oct. 14 to highlight the changing Army modernization environment and how that translates to the accelerated delivery of warfighter capabilities.

Maj. Gen. Cedric Wins, commanding general of Combat Capabilities Development Command, opened the presentation by emphasizing many of the changes of the last few years, and how those changes have created a type of synergy across the vehicle modernization enterprise.

Highlighting the broad contributions from across the team, he emphasized, “at the end of the day, we’re going to have to get a system out to the warfighter.”

“There’s only one thing that matters,” echoed Brig. Gen. Ross Coffman, director of Army Futures Command’s Next Generation Combat Vehicle Cross-Functional Team. “It’s not the vehicles. It’s not the rifles. It’s not the helicopters. It’s not the artillery. It’s the soldier. We are focused on the soldier and getting the best equipment in that soldier’s hands.”

Turning to the subject of ground vehicles, Coffman acknowledged, “If you’re in this building, you understand that the Army’s track record on modernization of ground vehicles is not awesome. And we have a huge, monumental task in front of us, and that’s to modernize the tracked vehicle fleet and get that into the hands of our soldiers so we can fight and win.”

He added that conversations the Army has had with academia and industry have allowed the service to identify requirements that are achievable and “will overmatch our enemy and then establish ‘stretch objectives’ so that industry can deliver as those technologies mature.”

Some of the maturing technologies the Army is looking into include robotics and autonomy, vehicle survivability and new vehicle propulsion designs, said Jeffrey Langhout, director of CCDC’s Ground Vehicle Systems Center.

“We’re going to put all that into a Bradley hull, and we’re going to run it to show how we have achieved those technologies,” he said.