Soldiers Refusing Vaccination Will Be Flagged

Soldiers Refusing Vaccination Will Be Flagged 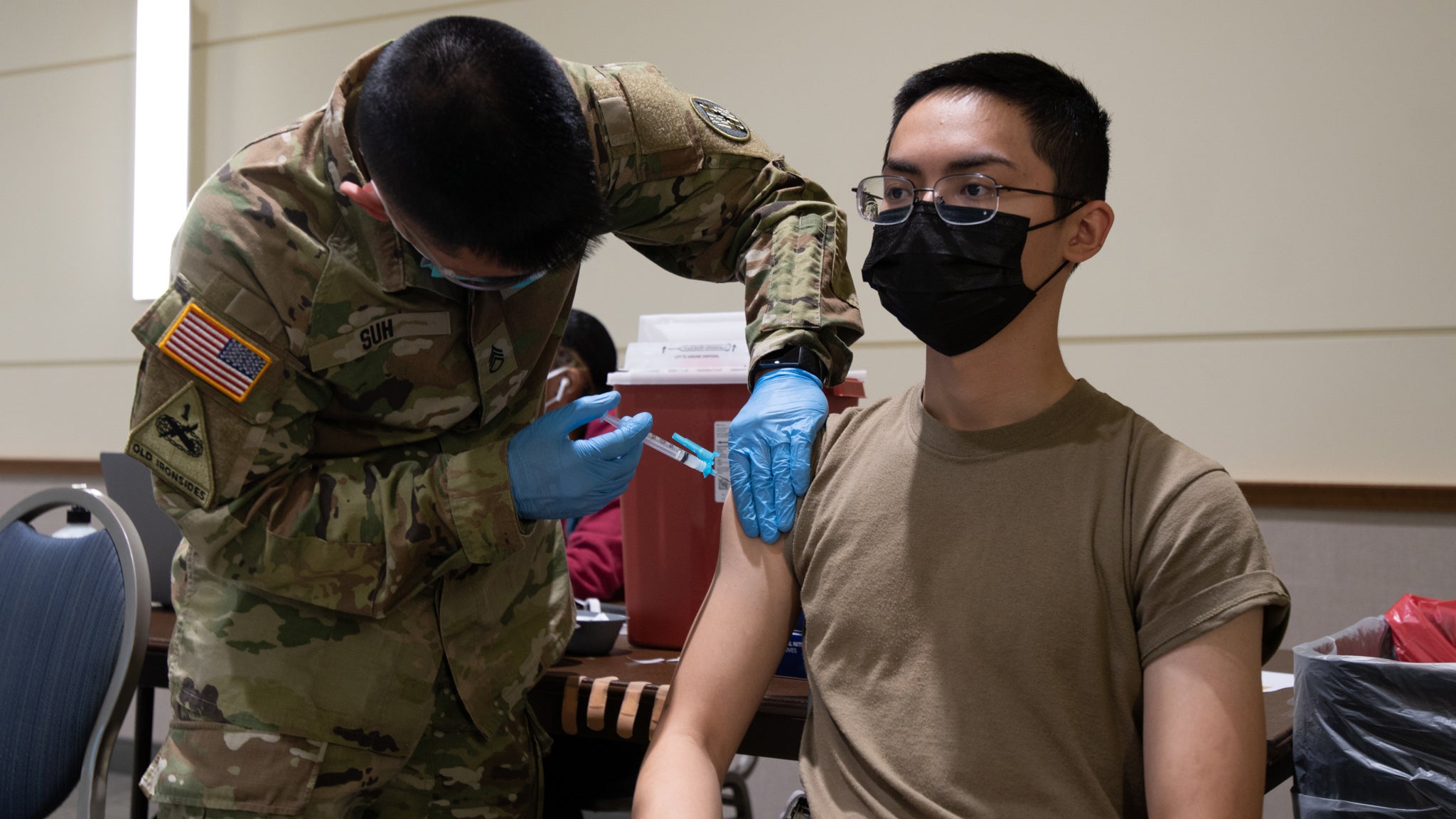 With just weeks to go before the Army’s COVID-19 vaccination deadline for active-duty soldiers, the service announced it will bar promotion, reenlistment and other favorable actions for those who don’t get the shot.

“I have determined all soldiers who refuse the mandatory vaccination order, and who have not received, and are not pending final decision on, a medical or administrative exemption, will remain flagged under flag code ‘A,’ ” Army Secretary Christine Wormuth writes in a Nov. 16 memo. They will stay in this restricted status “until they are fully vaccinated, receive an approved medical or administrative exemption, or are separated from the Army,” the memo states.

Defense Secretary Lloyd Austin ordered on Aug. 24 that all service members be vaccinated against COVID-19. His order came after the Food and Drug Administration announced its full approval of the two-shot vaccine made by Pfizer and its partner BioNTech.

In September, the Army set a Dec. 15 deadline for all active-duty units to be fully vaccinated. June 30 is the deadline for full vaccination of the Army National Guard and Army Reserve.

Wormuth’s order comes as the services grapple with troops who refuse to be vaccinated. It also comes after the Oklahoma National Guard adjutant general issued a memo saying the state would not enforce the mandate when its troops are under state control.

In her memo, Wormuth writes that soldiers will be flagged on the date they make “a final declination of immunization, following a meeting with a medical professional and second order to receive the vaccine from an immediate commander.”

Soldiers flagged under the policy remain eligible for Disability Evaluation System processing, the memo states. Actions such as retirement, resignation or separation upon expiration of term of service will be processed in accordance with applicable policy and regulation, the memo states.

All “favorable personnel actions” are suspended for flagged soldiers, including “reenlistment, reassignment, promotion, appearance before a semi-centralized promotion board, issuance of awards and decorations, attendance at military or civilian schools, application for or use of tuition assistance, payment of enlistment bonus or selective reenlistment bonus, or assumption of command,” according to the memo.

The vaccines “are important for the health and safety and readiness of our force, so this is something that we need to be doing, and it’s the right thing to be doing,” Wormuth said in October during the Association of the U.S. Army’s 2021 Annual Meeting and Exposition.

“I get notifications anytime a soldier in our Army dies, and I can tell you that the number of soldiers and Department of the Army civilians or contractors that are passing away due to COVID has increased markedly in the last couple of months, I think reflecting the effects of the Delta variant [of the virus],” she said.