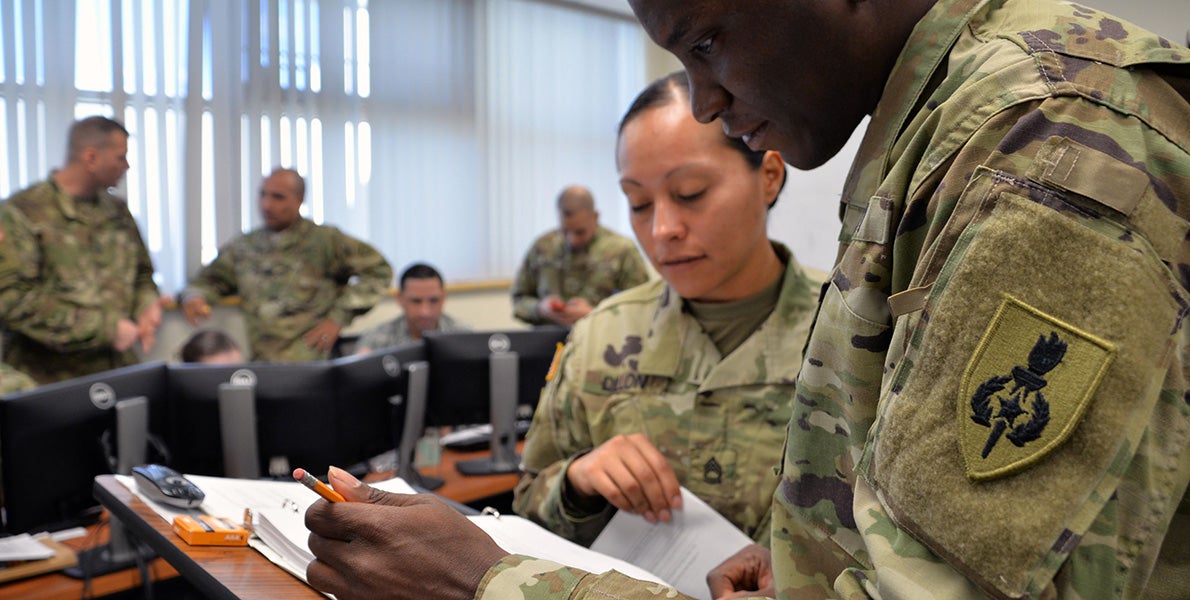 Soldiers obtained 13,828 civilian occupational credentials at Army expense in fiscal 2015, the first year of the program, compared to 6,493 credentials obtained by sailors and 78 by airmen, according to the new report by the congressional watchdog agency. The Marine Corps did not begin paying for credentials until the end of fiscal 2015, so that service was not counted in the report.

The GAO report raises several questions about the program. They include whether the government should pay for licenses and credentials only from accredited sources, and whether the services should determine the employment prospects of separating service members in deciding where to spend resources.

Defense and service officials argued that credentials being earned by service members were widely recognized in the private sector and used for employment. Service officials also resisted the idea of pushing more people in uniform to receive licenses or certifications unless they were required for their military jobs, because the program is supposed to be voluntary.