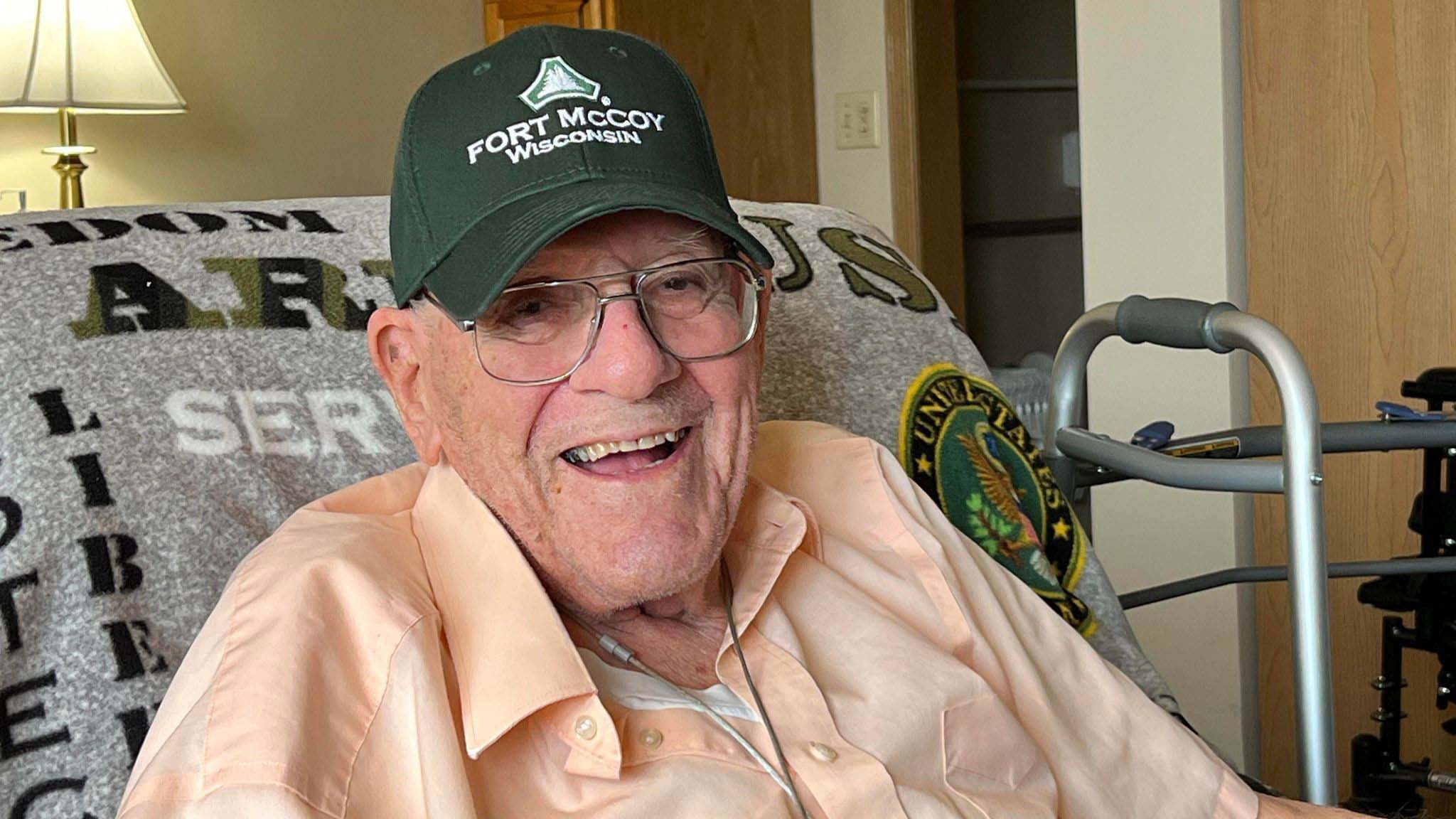 Retired Lt. Col. Harry Baker, a World War II veteran who fought in the Battle of the Bulge, got a little help from the Army as he celebrated his 102nd birthday.

Baker, of Pewaukee, Wisconsin, turned 102 on Oct. 9. In 1944, as a young soldier, he trained with the 76th Division at what was then known as Camp McCoy in Wisconsin. His daughter, Coey Podraza, reached out to officials at what’s now known as Fort McCoy about her father’s birthday.

“Our office reached out to Fort McCoy garrison organizations and tenant units to see if they would help in wishing Lt. Col. Baker a happy 102nd birthday … and they did,” said Kaleen Holliday, a spokeswoman for Fort McCoy. “Videos were collected and compiled by Greg Mason at the Fort McCoy Multimedia-Visual Information Office and made into a great birthday video for him.”

The video they created had almost 14 minutes of birthday wishes, and it included a video tour of Fort McCoy, according to an Army news release.

Baker, who was at Camp McCoy between 1943 and 1944, trained with artillery with the 76th Division. He served as an artillery officer and fought in the Battle of the Bulge with Gen. George Patton’s 3rd Army.

As he turned to harder memories of the war during his interview with the Fort McCoy public affairs office, Baker described how “there’s nothing very fond when you’re preparing for war.”

When asked about what life lessons his service taught him, Baker spoke about staying alive during World War II, despite the harshest conditions.

“See, the nights were cold, and the winds were heavy. As a matter of fact, it was the worst winter in 40 years,” he said. “We kind of dug in against a snow drift, with the wind at our back, trying to get some sleep.”

Podraza expressed her gratitude for Fort McCoy’s help in celebrating her father’s birthday.

“My dad is just so happy with this video,” she said. “He said, ‘Those are soldiers currently serving sending me birthday greetings!’ ... Thank you so much. I didn't think I could beat 100 and 101, but this video does it. Your respect and caring for my dad are incredible.”