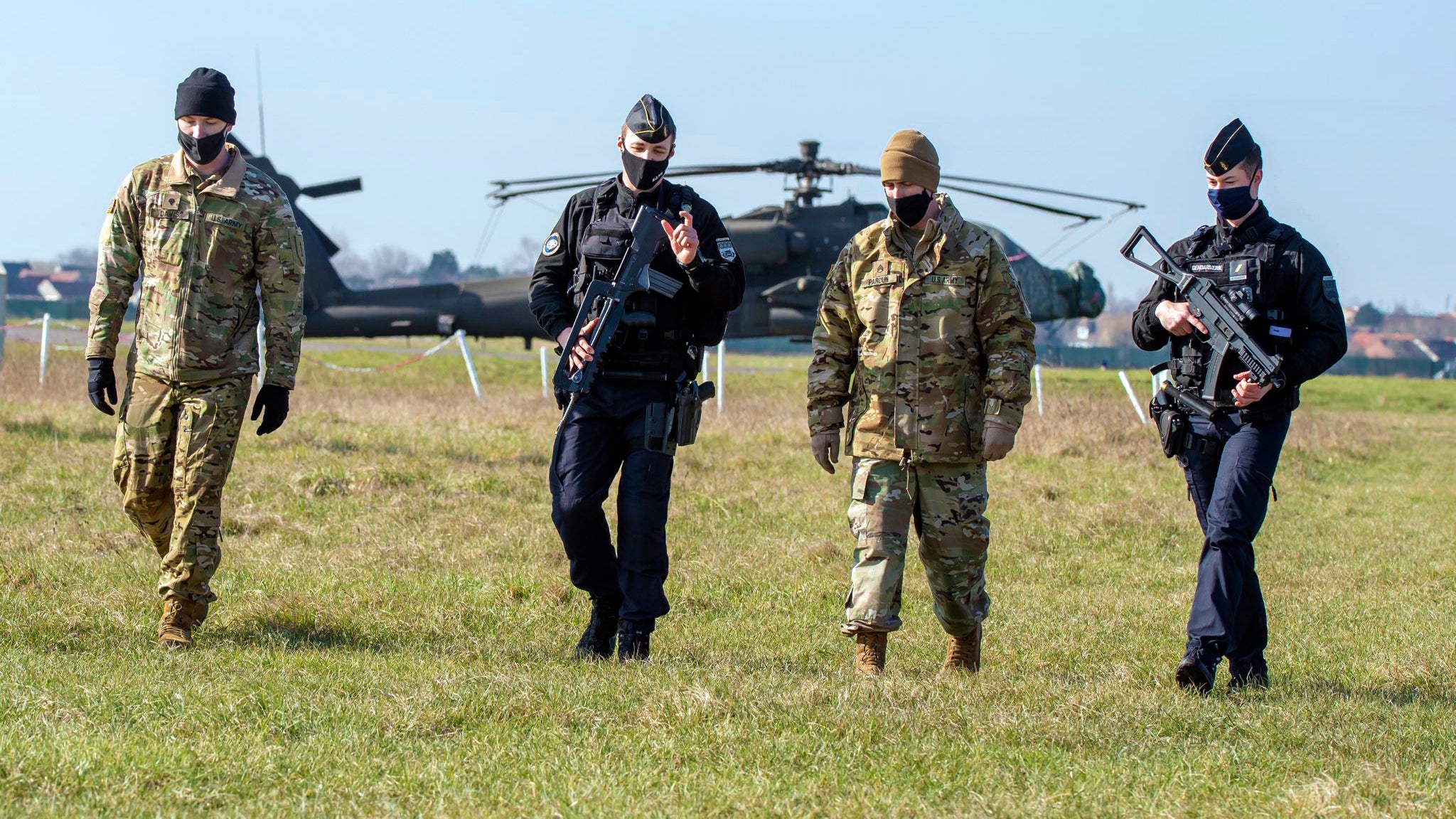 The Army has begun deploying personnel and equipment from the U.S. for Defender-Europe 2021, a large-scale exercise that will involve some 30,000 U.S. troops and allied and partner forces from 27 nations.

This will be the first major exercise under the command of the newly combined U.S. Army Europe and Africa, and it will be aimed at demonstrating the command’s ability to serve as a combined joint force land component command for large-scale ground combat operations across multiple theaters.

The exercise follows last year’s Defender-Europe 2020, which was to be the Army’s largest exercise in Europe in decades and focused on demonstrating the service’s ability to build strategic readiness. While some training took place as planned, troop movements were halted at this time last year because of the COVID-19 outbreak.

Defender-Europe 2021 shifts the focus to building operational readiness and interoperability with NATO and a greater number of allies and partners over a wider area of operations.

The exercise “provides us the best opportunity to hone our abilities alongside our allies and partners in the strategically important Balkans and Black Sea region so that collectively, we are ready to respond to any crisis that may arise,” Gen. Christopher Cavoli, commander of U.S. Army Europe and Africa, said in a news release about the exercise.

Beginning this month, equipment from several U.S. locations will move by sea to ports in eight European countries. In April, equipment from pre-positioned stocks will be drawn from sites in Belgium, Germany, Italy and the Netherlands and moved to various training areas via convoy, rail, line haul or barge.

In May, some 10,000 U.S.-based active, National Guard and Army Reserve soldiers will deploy to Europe to take part in several regularly occurring exercises through June, including Immediate Response, Saber Guardian and Swift Response. They will join 7,000 American soldiers already in theater and more than 14,000 NATO ally and partner service members for training events across 31 training areas in 14 countries from the Baltics to Africa, to the Black Sea and Balkan regions.

There also will be experimentation and demonstrations of advanced, modernized weapon systems. As part of the Army’s Project Convergence, the exercise will provide critical outputs to inform the Army’s modernization priorities and objectives.

Throughout the exercise, a strict COVID-19 prevention and mitigation strategy will be in place for the U.S. and participating nations. U.S. soldiers will conduct pre-deployment COVID testing and will quarantine and test again before moving forward once in Europe.

Defender-Europe 2021 will conclude with the redeployment of U.S.-based forces and equipment in June.