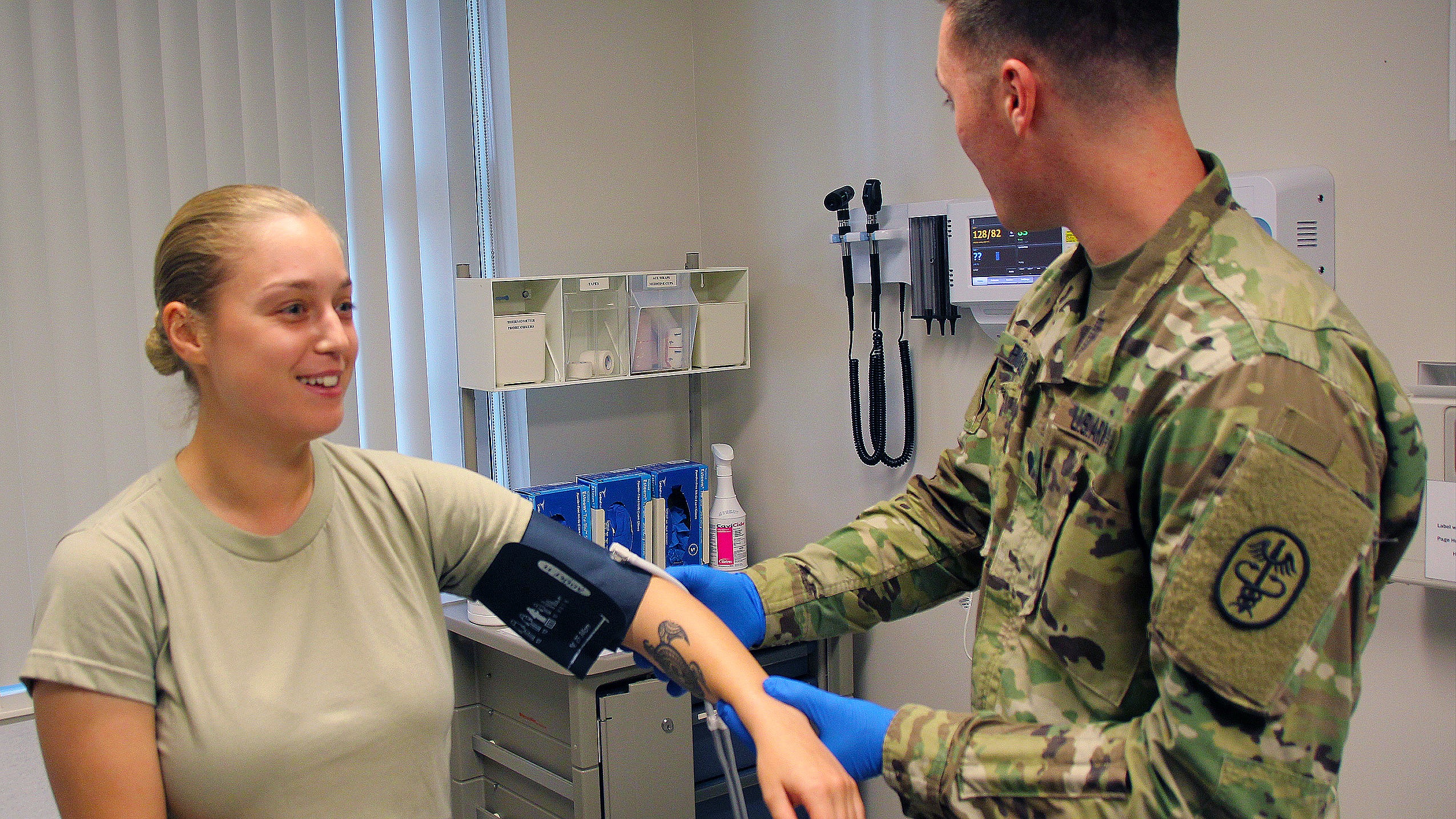 A new report in the Journal of the American Heart Association says active-duty soldiers have worse cardiovascular health than a similar study group in the civilian population.

Researchers compared a group of more than 263,000 active-duty U.S. Army soldiers, ages 17 to 64, who had a health examination in 2012 with a similar group of U.S. civilians who participated in the National Health and Nutrition Examination Survey in 2011–12. The groups were evaluated on four criteria—current tobacco smoking, weight, blood pressure and diabetes.

“Ideal weight and blood pressure metrics were strikingly low in both active-duty personnel and civilians,” study author Loryana L. Vie said in a news release. She is the senior project director of a long-term collaboration between the Army and the University of Pennsylvania at the University of Pennsylvania Positive Psychology Center to study the health of Army personnel.

Vie said only one-third of the Army and civilian groups had an “ideal weight,” and about 20% of both groups were current tobacco smokers.

Divided into groups by age categories, the civilian group had a higher percentage of people with ideal cardiovascular health compared with the Army group in all four criteria, researchers found. But overall rates were low in both groups, even among the groups’ 17- to 29-year-olds. In that age group, only 16% of the civilian population and less than 10% in the Army group were ideal in all four categories.

Cardiovascular disease affects the Army more than any other chronic disease, according to the authors, and it is on the rise. In 2014, 9.4% of Army personnel had cardiovascular diseases compared with 6.8% in 2007, a trend that could impact readiness and cost U.S. taxpayers more in medical care for soldiers, the news release said.

The study is the first to compare the metrics of ideal cardiovascular health, as defined by the American Heart Association, among Army personnel with those of a representative sample of the civilian U.S. population, according to the release.